My Grandmother Fanny Kaplan: "Historical truth is built on the silence of the dead"

05/08/2016 - Ukrainian director Olena Demyanenko’s film, which was unveiled at Odessa, paints an alternative portrait of the woman who attempted to assassinate Vladimir Lenin in 1918

“My name is Fanny Kaplan. Today I shot at Lenin. I did it on my own”. These words can be heard in recordings made by the Cheka, the Soviet secret service, on the attempted murder of the politician on 30 August 1918, which largely contributed to the outbreak of the civil war. In My Grandmother Fanny Kaplan [+see also:
trailer
film profile], which was unveiled at the end of July in the national competition of the Odessa International Film Festival, Ukrainian director Olena Demyanenko takes hold of this historical counterfigure, who was executed four days later, painting a picture of her that is very different from the official Soviet version.

The film opens on interviews with two supposed descendants of Fanny Kaplan, who cast doubt over the actions of their ‘ancestress’, 10 pages of whose personal file were destroyed by the Cheka, as it turns out. The screenplay, which was written by the director and Dmytro Tomashpolskyi, is not that of a documentary sprinkled with historical reconstructions. It uses fact to weave together a piece of fiction. It follows the young girl as she runs away at 16 to join the revolutionary party, her involvement in a terrorist plot against one of the Tsar’s men, her years spent in a prison camp, her liberation, the weeks she spent being treated for blindness caused by her time in the prison camp, right up to the key moment in her life, ending in a cold execution. To get these historical points across, the film paints the portrait of an infatuated and romantic young woman, in keeping with the heroines of Russian novels, who is transformed by passion more than by anarchist theories.

My Grandmother Fanny Kaplan also lingers on a rather astonishing moment in the life of the revolutionary, who is played by Kateryna Molchanova: the doctor who helped to treat her blindness and with whom she seems to have had a relationship is none other than Dmitry Lenin, the brother of Vladimir, who she tries to kill one year later. The doctor is played by Myroslav Slaboshpytskyi, who directed The Tribe [+see also:
trailer
film profile] and also received the Award for Best Performance at Odessa for this very role.

Juggling a variety of styles, going from the images with washed-out colours so typical of period films to farcical scenes and other very visual and modern sequences, like that of the hares swimming in a lake at the end of the film, My Grandmother Fanny Kaplan was shot in Kiev and Odessa over a period of three years – including a break from filming lasting one year as a result of financial difficulties – and was produced by Gagarin Media Film Company with the support of the Ukrainian Film Agency. The Ukrainian release date for the film has not yet been announced.

more about: My Grandmother Fanny Kaplan

The country’s newly instigated Film Academy is readying the 1st edition of the National Film Awards, for which The Nest of the Turtledove and My Grandmother Fanny Kaplan are the frontrunners

My Grandmother Fanny Kaplan: "Historical truth is built on the silence of the dead"

Ukrainian director Olena Demyanenko’s film, which was unveiled at Odessa, paints an alternative portrait of the woman who attempted to assassinate Vladimir Lenin in 1918

Illegitimate, Death by Death and The Nest of the Turtledove also went home with awards 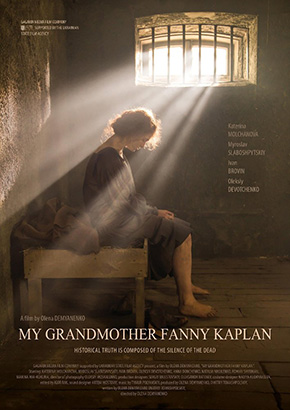 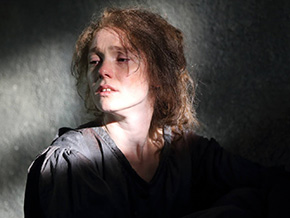 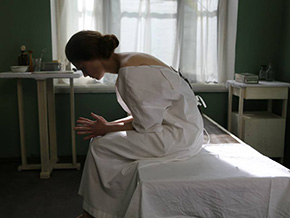 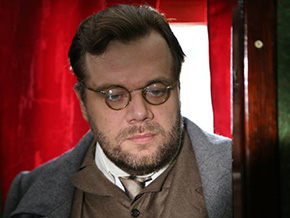 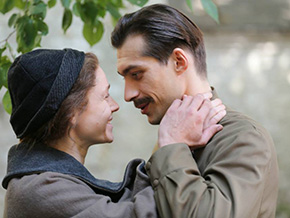