Loosely based on Max Blecher’s writings, including the novel of the same name, the film centers on Emanuel (newcomer Lucian Teodor Rus), who we see arrive at a seaside sanatorium. After being checked over by the local doctor (Şerban Pavlu), the 20-year-old receives a terrible diagnosis: five of his vertaebre have been destroyed by spinal tuberculosis. It can be cured, but the treatment is pure torture: Emanuel will have to spend the next few years trapped in a plaster corset lying on a hospital bed at all times.

Radu Jude uses this context to show his protagonist’s struggle and refusal to give up in the face of his affliction. But is all lost for Emanuel? Is mobility a condition for happiness? Emanuel’s experiences in the sanatorium, his interactions with the other patients and his musings on death, love and hope form an engrossing, restricted world where, contrary to expectations, almost anything is possible.

Whilst in Aferim!, status is used as a means to discuss relationships (Carfin is just a slave, Sultana is a woman and therefore inferior to men), in Scarred Hearts the philosophical lense through which Jude explores the world is the degradation of the body and the patient’s attitude towards death or healing. Although it is not as extensive and relevant as it is in Aferim!, Scarred Hearts also has a political element: Emanuel is a Jew, and as the 30s saw a spike in political extremism in Romania, antisemitism and sickness combine to form part of the young man’s perspective on life.

Lucian Teodor Rus is very convincing as Emanuel, and the young actor has a powerful partner in Ivana Mladenovic, who plays Solange, a former patient of the sanatorium who was lucky enough to get back complete mobility after years of suffering. It is easy to suppose that for Emanuel she is more than an attractive, modern, intelligent young woman. She is also a symbol of hope, the proof that terrible pain and months and years spent in a horizontal, unnatural position can have a positive effect. The contrast between the painful 'now’ and the happy 'later’ lies at the core of Jude’s film.

The film’s technical aspects are also top-notch. Marius Panduru’s camera is as immobile as many of the patients in the sanatorium: it simply contemplates, but by doing so, forces the patients’ perspective on the viewers. The art direction is extremely important, as the film shows both the instruments of torture used in the treatment juxtaposed with the cosy rooms the patients live in for years.

Produced by Hi Film Productions and co-produced by Komplizen Film (Germany), Scarred Hearts is being sold internationally by Beta Cinema. The film will be released domestically in late autumn.

The winner of the Special Jury Prize at this year’s Locarno Film Festival, Radu Jude’s Scarred Hearts, is released on 18 November in Romania

Ten films will get 50,000 free views in 45 European countries and theatrical screenings as part of the second ArteKino Festival, which gets under way today

My Happy Family wins the top prize at the Transilvania IFF 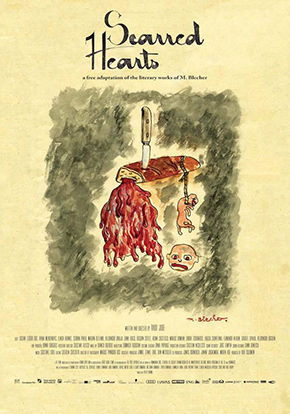 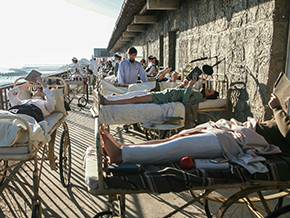 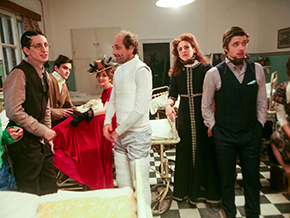 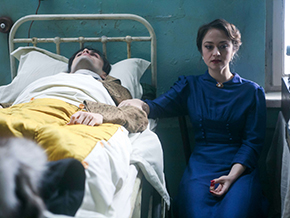 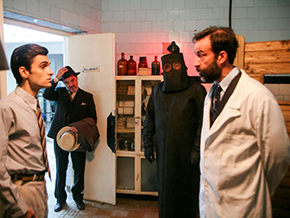