LOCARNO 2016 Filmmakers of the Present

08/08/2016 - LOCARNO 2016: For his debut film, Michele Pennetta has chosen to tackle a demanding subject - illegal immigration. It’s an issue we hear much about; including, often, much that is false

Fishing Bodies [+see also:
trailer
film profile], directed by Michele Pennetta and presented in the Filmmakers of the Present section of the Locarno International Film Festival, presents us with an honest portrayal of a Sicily abandoned to itself; a transitory land both beloved and despised. Rather than offering an unavoidably partial analysis of the situation on the island, this Italian director has chosen to shine a light on its largely hidden facets, by drawing parallels between two seemingly different scenarios. The similarities between them cannot help but give us cause for reflection.

On the one hand, Fishing Bodies follows the day-to-day life of the Alba Angela, a fishing boat flirting with illegality, sometimes venturing beyond the designated fishing zone and constantly confronted by a growing police presence, a result of the ever-increasing flow of migrants. On the other, the film delves into the intimate life of Ahmed, an illegal immigrant trying to find a way to escape his floating home - an abandoned boat in the port of Catania where he has spent the last five years. Although their paths never cross, Ahmed and the crew of the Alba Angela share a daily routine marked by its fragility, in a world where the poor fight amongst themselves just to survive, caught between their remorse and the instinct to survive. What makes Fishing Bodies such a simple yet remarkable film are the tiny and seemingly superficial details that weave together the lives of its characters. The fish struggling to breath on a boat laden with contraband remind us of the dying bodies of too many human beings, hurled into the sea alongside makeshift rafts. Similarly, the images of the seagulls that circle the sky seem to let us breath again, making the contrast all the starker. Sicily’s reality, the abomination of the lifeless bodies abandoned to the sea, is never explicitly shown. It is represented in the film’s reconstruction of a life tied to a similar fate - Ahmed’s life. Ahmed, like many so many others in his position, has become a shadow person, trying to hold on to the humanity he still possesses: building an improvised shower, doing his best to look after himself and persevering with certain small acts (cleaning his teeth, shaving his head, making a door out of a scrap of cloth) that remind him that he was once just a normal person, like everybody else.

Fishing Bodies, filmed almost entirely in the semi-darkness of night, has something of the tragic ambience of a Caravaggio, lending the bodies of its characters a new and unexpected texture. Will daylight never come to this island, abandoned to itself? What kind of future might await a land that no longer has anything to offer; either to those born there or to those who, regretfully, arrive? The rest of the world, with its narrow but comfortable ordinariness, seeps through in almost surreal ways: like the Rolling Stones T-shirt worn by one of Ahmed’s companions in misfortune, or the speaker of the smart phone that he uses to listen to family-friendly songs. Nothing seems really real - but, tragically, all of it might be.

Obviously the subject matter of Fishing Bodies is not new, but it is necessary, and the way the film observes reality - without accentuating anything, without making a spectacle out of misery - makes it particularly appealing. Dignity, what little of it remains, becomes in a sense the real theme of the film.

Fishing Bodies has been co-produced by Close Up Films, together with RSI and SRG SSR.

The Italian director discusses the documentary he shot in Sicily, which is a Silver Ribbon nominee and is released on-demand in Italy today, 26 February

LOCARNO 2016: For his debut film, Michele Pennetta has chosen to tackle a demanding subject - illegal immigration. It’s an issue we hear much about; including, often, much that is false

From 5 to 21 August, the films from the Filmmakers of the Present section of the Festival will be available free of charge on the online platform 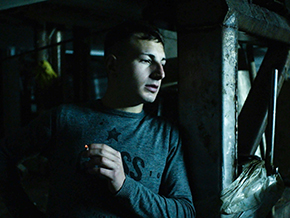 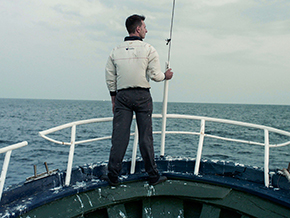 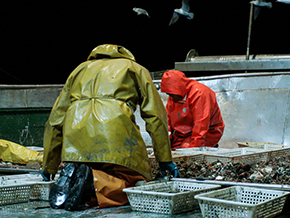 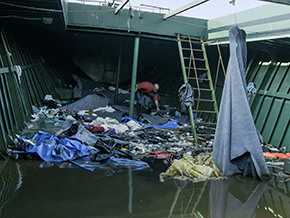 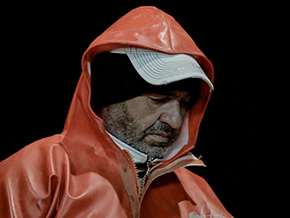 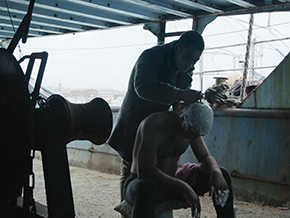 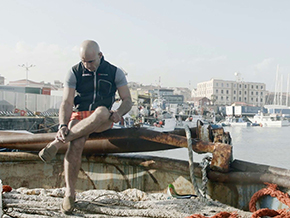 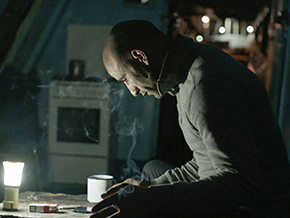 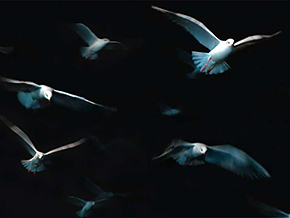 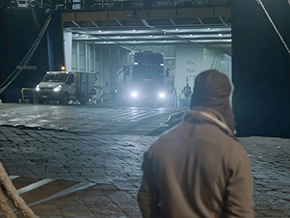 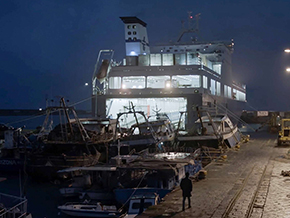 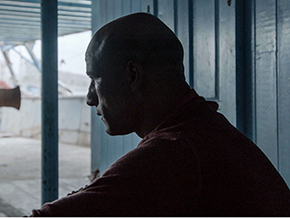