Home: The anatomy of adolescence

03/09/2016 - VENICE 2016: The fourth film by Fien Troch, which takes a closer look at adolescence, has just had its world premiere in the Orizzonti section of the Venice Film Festival

Fien Troch gained international recognition with her last two features: Unspoken [+see also:
trailer
film profile], starring Emmanuelle Devos and Bruno Todeschini, which addresses the unfathomable grief of parents, focusing on a couple which falls apart following the death of their child, and Kid [+see also:
trailer
film profile], a naturalistic fresco on children in need, which broaches a different kind of insurmountable grief, that of a young boy who suddenly loses his mother.

Home [+see also:
trailer
interview: Fien Troch
film profile], Troch’s fourth film, which was screened in the Orizzonti section of the 73rd Venice Film Festival,this time focuses on adolescence. Lina, a young girl with childlike features but an obstinate face, nervously and stubbornly faces up to the headmaster of her school, who blames her for spreading rumours about one of the school’s teachers. Lina defends herself tooth and nail, laying it on the teacher so well that even his colleagues start peddling the same rumours. John ignores the admonitions of the school supervisor, who orders him not to hang around in the corridors during lessons. John doesn’t care, he’s too busy tapping away on his smartphone. Sammy smokes under the extractor fan in the kitchen at home, ignoring the scoldings of his mother, who asks him to smoke in the garden, where it’s usually too cold in his opinion. Kevin, at first glance, seems less adverse to the authority of adults, but he has also just left borstal, and his parents no longer want him living under their roof, claiming they can no longer cope. So Kevin goes to live with his aunt and uncle, Sammy’s mother and father, who welcome him just as they would a trainee in their bathroom business. Kevin’s maturity impresses the little group, just as much as his delinquent air. As they all become friends, the teenagers are bound to one another forever by their tragic fate.

The film’s intentions are clear right from the opening credits. The film is based on a true story, and it’s the very reality of the everyday lives of these modern teenagers that Fien Troch tries to capture. She doesn’t hesitate in honing in on the emotions running through her young heroes, filming their faces right up close, strengthening her portrayal with a 4 :3 aspect ratio, her handheld camera focusing in on the exchanges between the teenagers whilst still allowing sequences filmed by the teens with their smartphones to take over the big screen. Fien Troch films youth in all its crazed glory – narcissistic, hyper-sexualised, alcoholic, druggy, and above all, stricken by boredom.

She doggedly brings us a demanding and arid film that doesn’t hesitate to dive headfirst into dark, complex, and even repulsive topics. The parents, and above all the mothers (there’s a marked absence of fathers in the film) are completely incapable of understanding their children. With Home, Troch cruelly illustrates the falling out of love with their children of mothers – mothers who are housewives, and mothers who are out of their depth, dysfunctional and incapable of judging the right distance from which to show their maternal love.

Playing the teenagers are newcomers Sebastian Van Dun, Loïc Bellemans, Mistral Guidotti and Lena Suijkerbuijk, who are all mind-blowingly right for the part and give natural performances. They are supported most notably by Karlijn Sileghem, Tom Audenaert, Natali Broods, Jeroen Perceval and Jan Hammenecker in secondary roles.

Home was produced by Prime Time, just like Fien Troch’s previous films, and was co-produced by Versus Production with support from the VAF and the CCA. It will be released in the Benelux countries by Cinéart, and sold internationally by Doc & Film. Following on from its participation in Venice, it will feature in the Toronto Film Festival’s new competitive section.

"I wanted the film to speak the language of teenagers"

SAN SEBASTIÁN 2017: We talked to Belgium’s Gilles Coulier to discuss the story and themes behind his feature debut, Cargo, screening in New Directors

BERLIN 2018: The winner of a Work in Progress Award at Les Arcs and CONNeXT has been added to the line-up of the German international sales agent

Fien Troch triumphs at the Ensors with Home 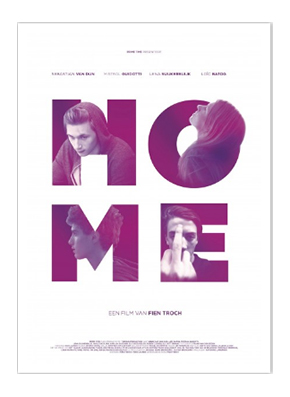 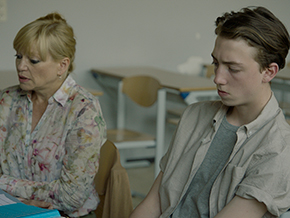 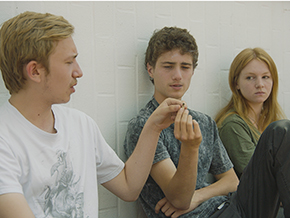 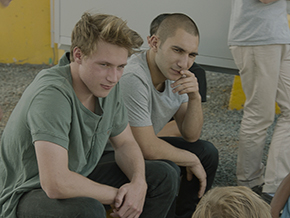 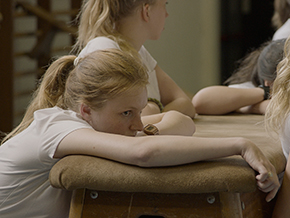 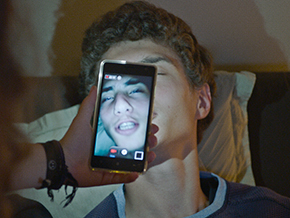