02/09/2016 - This coming-of-age story by Marco Segato portrays a father trying to prove his worth to his son, his community and, ultimately, himself

It is the 1950s. Pietro (Marco Paolini) is a surly man in his fifties, working on a quarry in the Italian Dolomites. His abuse of wine and his coy nature have quickly made him into the butt of the town’s jokes. He is strict with his son Domenico (Leonardo Mason), and ever since the death of his mother, their relationship has become increasingly tougher. One night, as he’s sitting in his usual bar swigging his wine, Pietro overhears his ruthless and haughty boss Crepaz (Paolo Pierobon) talking about the “devil”, a bear that has for some time been threatening the village and preying on livestock, generating fear and apprehension among the population. Tired of being vilified by his peers, Pietro makes a proposition to Crepaz: he will kill the bear in exchange for 600,000 lira, but if he fails, he will have to work without pay for a whole year. At dawn, against all odds, Pietro sets out towards the forest, determined to prove his worth and regain his pride in a final, heroic act. After learning about his father’s decision, Domenico decides to run after Pietro to help him kill the bear and retrieve his skin. On his journey, he will meet an old friend of his mother’s (Lucia Mascino), and most importantly, he will speak to his father like never before.

Segato debuts with a formulaic coming-of-age story that tackles the delicate father-son relationship between a patsy of a man and his fragile son, something of a wallflower, who knows next to nothing about his late mother. From the get-go, the director creates archaic, rural surroundings and, assisted by DoP Daria D'Antonio (who has worked with Massimo Coppola, Valeria Golino and Pietro Marcello in the past), immerses the viewer in a past when a man’s virility and reputation in the community were all he had. The script may be bare bones, but this does not mean that the film itself is poor – the psychology of the characters and the thorny relationship challenges between Pietro and Domenico are in constant development throughout the whole film.

Marco Paolini, also the scriptwriter of the film together with Enzo Monteleone and Marco Segato, is widely known in Italy for his narrative theatre, which takes its lead from Dario Fo’s work. The frequent use of the Venetian language along with the irony and satire he’s famous for are the traits that make his deft performance really stand out in the film. The theatre is his home turf, but when he steps into the realm of cinema, his acting naturally adapts to the new environment, leaving an afterglow of smiles in the audience after the bittersweet ending. Domenico may be callow, but the young Leonardo Mason is far from gullible. His performance is impeccable, and this is without doubt a prelude to a long and fruitful career.

Produced by Francesco Bonsembiante for Jolefilm, On the Trail of My Father has yet to land a distribution deal, but it will surely secure more autumn festival slots, especially at children’s and youth film festivals.

more about: On the Trail of My Father

Riccardo Scamarcio currently on the set of Il testimone invisibile

After Pericle the Black, the Italian actor is stepping back in front of Stefano Mordini’s camera for the remake of a Spanish movie, produced by Warner and Picomedia

Roman director Francesca Comencini talks to us about her new film Stories of Love That Cannot Belong to This World, screened at Torino and in Italian cinemas from 29 November

The prizes given out by the Foreign Press Association in Italy were handed out yesterday; Best Debut Film went to Worldly Girl, while Isabella Ragonese and Renato Carpentieri snagged the acting gongs

Not far behind is Italian Race with 16 nominations, and Sweet Dreams with 10. The awards ceremony will take place on 27 March

An Italian invasion at the London and Busan film festivals

This coming-of-age story by Marco Segato portrays a father trying to prove his worth to his son, his community and, ultimately, himself

The Montréal World Film Festival, a melting pot of cultures through film

La pelle dell’orso by Marco Segato, Everybody Happy by Nic Balthazar and La madre by Alberto Morais in the World Competition 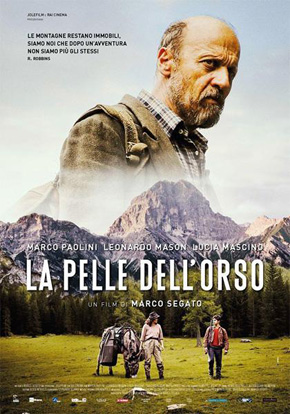 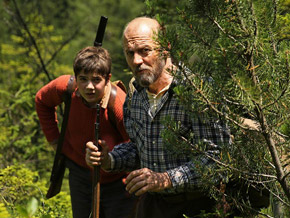