The Graduation: At the gates of the world of film

"At the age of 18, Cronenberg must have been nuts… Even if you’re crazy, it doesn’t stop you being a director, does it?". "But what kind of gift to the Fémis is it to send them a madman like that, who will drive them mad?" Being on a jury is no bed of roses, and deciding whether to grant a professional future to a young person always carries a certain amount of responsibility, especially when it involves gauging potential still in the process of being formed, and even more so in the audiovisual trade, where the benchmark is a lot more elastic than in other sectors. And when you’re talking about who will be among the chosen few to follow in the footsteps of former students like François Ozon, Céline Sciamma, Arnaud Desplechin, and many others who trained at famous Parisian film school La Fémis, caution is advisable, although this doesn’t stop you from being passionate, agreeing and disagreeing, expressing yourself at every stage of the highly selective entry procedure and joining one of the school’s departments: direction, screenwriting, production, scenery, image, sound, editing, and distribution-use. It is a journey that has been captured from the inside by Claire Simon in The Graduation [+see also:
trailer
film profile], a documentary which was screened as part of the programme of the Venice Classics section at the 73rd Venice Film Festival. A film which was put together with warm simplicity and is utterly captivating.

The grand gates of La Fémis swing open and the flood of candidates washes into the birthplace of film in France. Once the administrative formalities are taken care of, our little crowd is steered into a lecture hall to analyse an extract of Penance by Kiyoshi Kurosawa. An extra element that is taken into account in the evaluation of their files, this test starts creaming off the best candidates. Then there is a second technical round, which can be a session of filming and directing actors, or coming up with a plot in 45 minutes and presenting a subject chosen at random orally, before the ‘survivors’ enter the third round – a 30-minute oral examination with a jury of seven professionals. A cross-section of youth and a plethora of personalities and life stories are therefore briefly paraded past Claire Simon’s camera. But what really lights up the film are the lines of questioning of the juries. Where some detect intelligence, others perceive pretentiousness, for example. Some jury members start to rebel: "it’s astonishing! One criteria can nail it for one but not for another!", "this guy was born in a cultural desert. We can’t tell him: we’re not letting you into La Fémis as it could be dangerous for you"... Arguments and counter-arguments develop during discussions that stretch far beyond the young hopefuls as they’re fleetingly scrutinised, and instead reflect questioning revolving around the norm, social background, how the candidates are classified according to the desires of the examiners... A candour which mixes benevolence and a pinch of cruelty like all relatively instantaneous judgements often provoke, with inevitably human preconceptions tempered by the act of listening to the opinions of others, in a form of alchemy and a film whose final decoction is a small sheet of 60 names taped to the glass doors of the school.

Produced by Andolfi, The Graduation is being sold internationally by Wide House.

more about: The Graduation

The French international sales agent will be touting movies such as Claire Simon’s Young Solitude and Ruth Beckermann’s The Waldheim Waltz, both being showcased in Forum

Play-Doc: A gateway to a strange reality

Avant-garde documentaries from myriad sources, forgotten gems of the genre and the very best in Galician non-fiction come together in the Spanish town of Tui

The 31st edition of the Entrevues Belfort Film Festival is being held from 26 November to 4 December, with an engaging programme including 12 features in competition

VENICE 2016: The majority of the prizewinners are actors and directors from across the pond, who divided the jury chaired by Sam Mendes

The Graduation: At the gates of the world of film 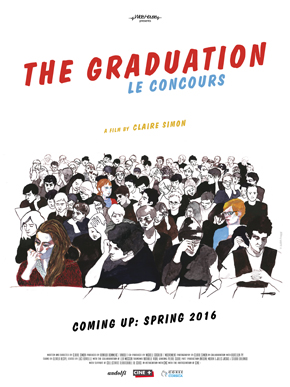 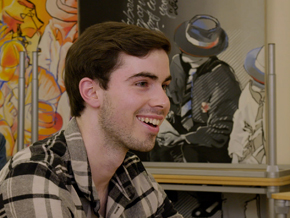 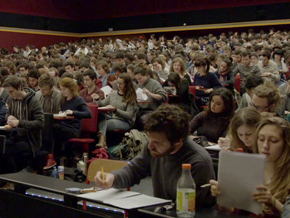 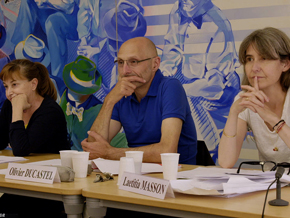