Les Survivants: Activism in the blood

07/09/2016 - With his feature debut, Belgian director Luc Jabon asks whether activism can only be expressed through revolutionary violence

Belgium’s Luc Jabon has so far forged a fruitful career as a screenwriter and co-screenwriter for such directors as Gérard Corbiau, Marian Handwerker and Diego Martinez Vignatti, and for various documentaries, including those dedicated to filmmakers Jaco Van Dormael, Bouli Lanners, Thierry Michel, Chantal Akerman and the Dardenne brothers (L’Age de Raison, which he also co-directed). Les Survivants is his first fiction feature.

Jabon drew his inspiration from the ideological questions that defined his youth and pervaded Belgian society in the 1970s and 1980s: can activism only be expressed through action? And can that action be non-violent, or is revolution always violent out of necessity? In Les Survivants, he ponders the repercussions of this debate at the time, and what remains of it today.

Nicolas Roulet (Fabrizio Rongione) is released from prison after an 18-year stretch. Having been banged up at the age of 19, he’s spent all of his adult life there. In his youth, he was part of a small group of revolutionaries who believed that if they wanted to change the world, it had to be done through violence. During one of their actions, Nicolas was tasked with being the driver for an operation that accidentally cost a policeman his life. Upon his release from prison, he sincerely wants to be rehabilitated, find a job and – why not? – get into a relationship with Nadia (Erika Sainte), a young, unpredictable woman he falls head-over-heels in love with. When Nicolas gets out, he moves into a squat, where he comes face to face with today’s anti-establishment youth as well as his old friends, still fighting against a society in which injustice and inequality are forever on the rise. Torn between his old ideals and his desire to lead an ordinary, clean-cut life, he will inevitably again be faced with a conflict of love and duty.

"You make everything possible again; you’re our hero." This laudatory welcome for Nicolas by a younger generation that had scarcely been born when he was jailed for a mistake he still regrets cannot fail to sow the seeds of turmoil in his soul. While he yearns to sort his life out, even to the point of going to seek the impossible forgiveness of the girl who was left an orphan after the policeman met his end in the attack carried out by his group, Nicolas is still fascinated by these new incarnations of activism. Whereas he claims to only want one thing, integration, the youngsters he shares the squat with are simply looking to find a way out of a society they consider too violent towards both humans and nature. The militants’ struggles have shifted focus: they no longer take place directly in the field of politics, but extend to environmentalism (cutting down fields of GMOs, blocking convoys transporting nuclear waste) and the protection of personal information (an attack on a data centre). The world has changed, as Nadia points out to Nicolas as he reminisces about Albania in the 1980s, one of the world’s most brutal dictatorships, where young people of his generation believed they had found their ideal role model. Where is the struggle today, and what weapons are being used? Nicolas seems doomed to a destiny that is slipping away from him, where mistakes, as disastrous as they may be, endlessly repeat themselves…

The film is a co-production between Belgian outfit Iris Films and Luxembourg-based Iris Productions, with backing from the CCA, the Film Fund Luxembourg, Wallimage/Bruxellimage, the RTBF and the Tax Shelter. Iris Films is releasing the movie in Belgian theatres this week.

Principal photography for the Belgian director's first film, which features Fabrizio Rongione and Natacha Régnier, will begin this week

Les Survivants: Activism in the blood

With his feature debut, Belgian director Luc Jabon asks whether activism can only be expressed through revolutionary violence

From the seafloor to Zombillenium: The results of the 55th Wallimage session

For its final session of 2015, the Walloon regional investment fund is backing six feature-length fiction and documentary projects, and two animated titles

Two Belgian feature debuts and two high-profile co-productions, spanning laughter and tears, are on the programme of the 19th Wallimage/Bruxellimage session 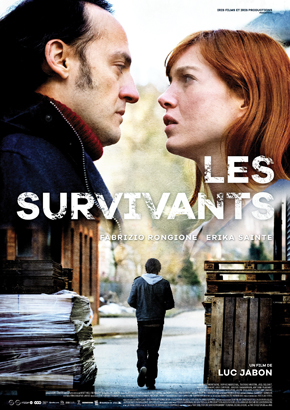 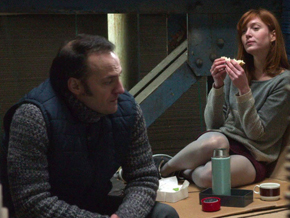