Voyage of Time: Life’s Journey, a prayer to Mother Nature

07/09/2016 - VENICE 2016: Terrence Malick risks repeating himself as he elaborates on the musings for which The Tree of Life laid the foundations, in a beautiful, but overly controlled, documentary

With Voyage of Time: Life’s Journey [+see also:
trailer
film profile], Terrence Malick returns (in a manner of speaking: his scarce presence in the limelight has become a given) to the Venice Film Festival four years after he competed for the Golden Lion with To the Wonder. It seems that his long periods of (apparent) inactivity before presenting any new features are now a thing of the past: 20 years went by between Days of Heaven (Best Director Award at Cannes in 1978) and The Thin Red Line (Golden Bear at the 1998 Berlinale); but more recently, the period between The Tree of Life (Palme d'Or in 2011) and Voyage of Time was broken up by the aforementioned To the Wonder (2012) and Knight of Cups (2015), and Weightless and Radegund have been announced for 2017 and 2018.

However, besides his newfound prolificness, the Malick we see with Voyage of Time is nothing new. What initially promises to be a documentary-like exploration of the Earth's past and an investigation into the future of mankind then morphs into an update to the form that already divided the critics somewhat (and the general public even more) in The Tree of Life. Indeed, we hear a voice-over that doesn't so much explain things as whisper various musings: Cate Blanchett's voice is featured in the international commercial version that was screened at Venice (while Brad Pitt, also the producer of the film, serves as the narrator in the 40-minute IMAX version). We also see spectacular images of the galaxy: it is worth underlining the splendid work of cinematographer Paul Atkins (who has already worked for IMAX, and on similar projects for National Geographic and the BBC) as well as that of visual effects supervisor Dan Glass, both of whom collaborated with the director on The Tree of Life. And the icing on the cake? Dinosaurs.

Voyage of Time therefore feels like a development or a fine-tuning of the reflections on the origins of life that featured in his Palme d'Or-winning movie; it's just that here, in order to manage to string together this voyage through time until we reach the human being as a species, rather than telling the story of Jack and his family, Malick makes use of low-quality images that portray day-to-day behaviour and frightful situations that, in contrast, work like triggers for the odyssey through our history, jumping from one visual marvel to the next. Beauty, Truth and Righteousness reveal themselves on a miraculous inner horizon.

Everything we see in Voyage of Time is gorgeous, as if beauty were sparking the director's urge to lead us by the hand, enraptured, to contemplate the mysteries of nature. With each film, Malick seems to be making an effort to polish his transcendental prayer and present it to us as a kind of cinematic symphony – and for this he makes good use of religious composers such as Arvo Pärt. It's just a shame that, because he also insists on guiding us on this journey by means of monologues that are by no means up to the task, Malick doesn't allow us to lose ourselves just that little bit more.

Robert Mullan’s Mad to Be Normal to close festival

VENICE 2016: The Audience Award for Best Film in the International Critics' Week has been given to The Nobodies by Juan Sebastián Mesa

Voyage of Time: Life’s Journey, a prayer to Mother Nature

VENICE 2016: Terrence Malick risks repeating himself as he elaborates on the musings for which The Tree of Life laid the foundations, in a beautiful, but overly controlled, documentary

François Ozon and Stéphane Brizé vying for the Golden Lion

The two filmmakers have their eyes on the prize with Frantz and A Woman’s Life; a majority French production by Wim Wenders and three minority French films are also in the running

Malick, Wenders, Kusturica and Piccioni in the running for the Golden Lion

The Wild Bunch steamroller ploughs on at top speed 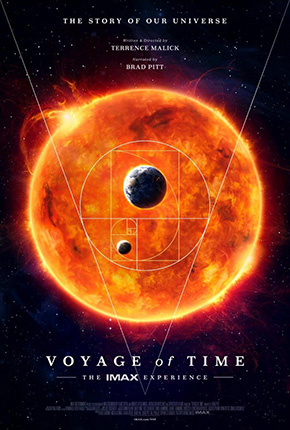 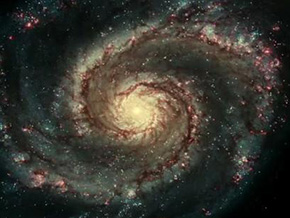 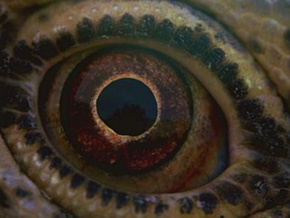