I’m a Killer: A murderous vampire, a totalitarian vampire

23/09/2016 - Maciej Pieprzyca, the bright filmmaker behind Life Feels Good, is back at the Gdynia Film Festival with a piece that plunges us into darkness

The director of one of the brightest representations of the triumphant force of human will, Life Feels Good [+see also:
film review
trailer
film profile] (awarded in 2013 at Gdynia and Montreal), this year Maciej Pieprzyca presented I’m a Killer [+see also:
trailer
interview: Maciej Pieprzyca
interview: Renata Czarnkowska-Listos a…
film profile] at the 41st Gdynia Film Festival, a film which evokes the complete opposite in terms of atmosphere and in which faith in mankind falls to an all-time low.

This thriller tells a true story, which takes place at the beginning of the 1970s, when Poland was in the throes of full-on Communism. The residents of Zaglębie, an industrial region in the south of the country, are shaken by a series of extremely brutal murders (committed between 1964 and 1970s), the victims of which are women (14 in total) aged between 16 and 57, always killed in the same way. The press doesn’t talk about it much until one of the victims is revealed to be the niece of the First Secretary of the Communist party. The regional militia commander puts together a group of investigators with one mission: arrest the murderer, who has over time earned himself the nickname ‘the vampire’. A young lieutenant, Janusz (played by the outstanding Miroslaw Janiszewski) heads up this team. Ambitious, he uses all his expertise to get the job done, and even has the use of groundbreaking technology to assist him, using one of the first computers in Poland and contacting a famous English criminologist. Nonetheless, the investigation becomes more and more complicated, and the lieutenant is lacking proof, with just a few clues and intuitive suspicions to go on, leading him to arrest a labourer (Arkadiusz Jakubik), the loving father of three children whose wife betrayed him. The tension mounts in the group of investigators, and the lieutenant starts to feel the pressure from his superiors, as the party can’t keep waiting. The labourer is therefore sentenced to death, with the outcome of the trial based on mere clues and conjectures.

I’m a Killer is the second time that Maciej Pieprzyca has used the story of the vampire of Zaglębie in his work, having made a documentary in 1998 on the same subject with the same title. But over the years, he has visibly changed perspective, and his fictional feature puts the story into broader context. The film does not simply settle historical scores by presenting the political side of things and the mechanisms of manipulation of the communist services. The strength of the feature lies in the way it provides a detailed and coherent analysis of the individual brought face-to-face with an oppressive system. It is through the character, as we follow him in his mental transformation, that the viewer watches this story of crime and politics unfold. Subordinate to a politicised hierarchy, caught up in a net of false relations, the protagonist weaves a thick web of lies. Blinded by his ambition to be successful and advance his career, he allows himself to be manipulated and manipulate others in turn, ending up losing what little remains of his human dignity. And it’s in this sense that Pieprzyca brings us a portrait of an individual that could be taken completely out of his historical context, a portrait that’s above all worth analysing in the here and now, when totalitarianism seems to once again be rearing its ugly head.

I’m a Killer was produced by RE Studio, and co-produced by the Polish National Audiovisual Institute, TVP, Agora SA, Monternia and Silesia Film, with support from the Polish Film Institute. It will be released in Polish theatres on 4 November by Next Film.

more about: I’m a Killer

At Arras, we met up with Renata Czarnkowska-Listos and Maria Golos, who head up RE Studio and stage Maciej Pieprzyca's films

"Why talk when the images tell you everything?"

Maciej Pieprzyca, who won several awards in 2013 for Life Feels Good, talks to us about his new film, I’m a Killer.

Having invited 23 film projects at various stages of production, the largest industry event in Poland will once again showcase the most highly anticipated national titles in Wrocław

The upcoming film is a biopic of the titular blind jazz pianist, born in Poland in 1944

The third instalment of the Christmas comedy has already racked up over 2.7 million admissions in Poland, and is being distributed in over 10 European countries 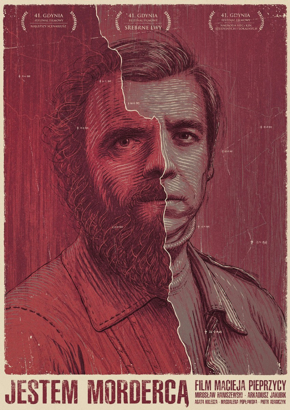 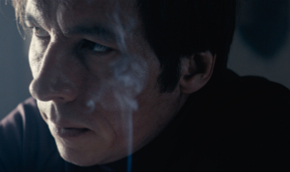