The Reconquest: Those happy golden years

23/09/2016 - SAN SEBASTIÁN 2016: Jonás Trueba’s fourth film is a story populated by his favourite wishful thinkers and romantics, set to music that speaks of days long gone

Jonás Trueba (Madrid, 1981)’s latest film arrived like a breath of fresh air at the 64th San Sebastián International Film Festival. Competing for the Golden Shell, The Reconquest [+see also:
trailer
interview: Jonás Trueba
film profile], while by no means shallow, has a bloom, a spontaneity and a (semblance of) lightness to it that came as a welcome relief at this stage in a competition bristling with high drama, conflict and intensity.

Starring Trueba’s go-to actor and kindred spirit Francesco Carril (also featured in two of his previous films: The Wishful Thinkers [+see also:
trailer
film profile] and The Romantic Exiles [+see also:
film review
trailer
interview: Jonás Trueba
film profile]), whose expressive gaze brings fragility, sensitivity and wonderment to the male lead, alongside Itsaso Arana, two years after her breakthrough role in Ángel Santos’ The High Pressures [+see also:
film review
trailer
interview: Ángel Santos
film profile], The Reconquest is reminiscent of Richard Linklater’s Before Sunrise in that it has two people come closer together over one night. In this case, the two are not strangers but a former couple, having been romantically involved as teenagers 15 years before.

Their nostalgia for those long-lost years, free from the consciousness of the passing of time, permeates the entire film. Structured into two parts, filmed chronologically but assembled in reverse, we first meet the characters as the thirty-somethings they are now, on the gloomy winter night they spend together in a succession of concerts, bars and nightclubs in the centre of Madrid. Later, we see them as the tender young things they once were, the capital now (then) bathed in the resplendent light of summer. Through the juxtaposition of these two very different moods, the film, rather like a Boyhood of romantic drama, reminds us that lost opportunities are lost forever: they can never be retrieved.

Thanks to a naturalistic script and some engagingly sincere performances, this fresh instalment in the Trueba saga leaves us longing for that ideal but irretrievable emotional state — the first rush of love. It tells us that, despite the erosion of time, those painfully real and translucent feelings will forever be hardwired into our emotional DNA, and that there are some people we will never stop loving, although we may have long since given up hope of winning them back.

Captured beautifully on film by Santiago Racaj (who like close colleague Javier Rebollo is a stalwart in the Jónas Factory), in a style that perfectly fits the psychological tone of the story, The Reconquest marks a more mature and sophisticated turn for a filmmaker who, as is clear from his earlier work, venerates Truffaut, Rohmer and Nanni Moretti above all others. Trueba continues to display a remarkable sensitivity when it comes to portraying the undulating path of romantic love; and a brief appearance by the perennially fascinating Aura Garrido can only add to the charm of his latest film.

The Reconquest is produced by Los ilusos Films S.L., in association with TVE and Movistar +. Film Factory Entertainment is on board as sales agent, and the film is to be distributed by CineBinario Films. The Reconquest will premiere in Spain on 30 September.

more about: The Reconquest

“I’ve moved closer to the very essence of film”

SAN SEBASTIÁN 2016: Spanish director Jonás Trueba spills the beans about his fourth film, The Reconquest, in competition for the coveted Golden Shell

Interview: Jonás Trueba • Director of You Have to Come and See It

“I applaud Tom Cruise for standing up for the movie theatres”

Before taking part in Karlovy Vary, the Madrilenian filmmaker releases his new film, lasting barely one hour but once again using a simple starting point to talk about grander topics, in Spain

She also stars -along with Irene Escolar, Itziar Manero, Helena Ezquerro and Bárbara Lennie- in her debut film, a summer tale recently filmed in León

"I enjoy feeling like a tourist in my own city"

Spanish filmmaker Jonás Trueba is visiting Karlovy Vary for the first time with his fifth film, The August Virgin, shot on the streets of Madrid during last year’s hot and festive summer

By way of seemingly light-hearted details and conversations, Jonás Trueba introduces the viewer to the mood, the energy and the mindset of those who remain stranded in Madrid over the summer

Having spent the last two years gathering footage of teenagers, the director is screening some of his best material in Madrid while he continues to piece together a finished film 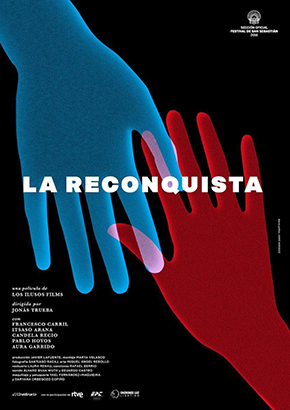 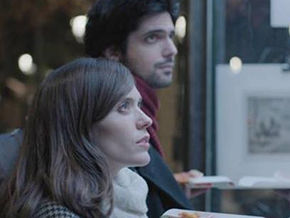 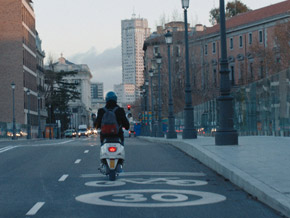 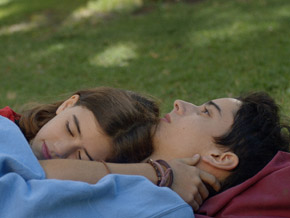 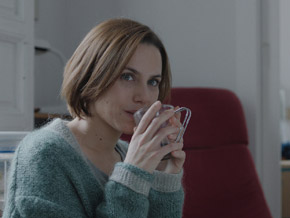 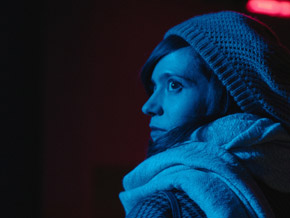 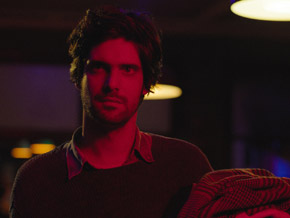 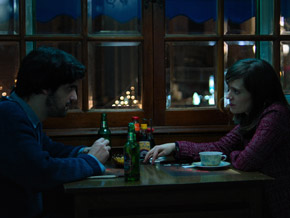