Into the Inferno: Werner Herzog and the volcanoes

18/10/2016 - After Telluride and Toronto, the new documentary by the great German director, which will be available on Netflix from 28 October, hits the Rome Film Festival

Are we all going to end up buried under a river of white-hot lava one day? This is the question we are left pondering at the end of the new documentary by great German director Werner Herzog, who, just a few months in from his exploration of the digital world (Lo and Behold, Reveries of the Connected World), brings us Into the Inferno [+see also:
trailer
film profile], an engaging trip around the world – which starts in the Vanuatu Archipelago in the Pacific Ocean and stops off in Indonesia, Ethiopia, North Korea and Iceland – and the slopes of the most majestic active volcanoes on the face of the Earth. “We wanted to focus on the origins of the human race, but also on the danger volcanoes pose today”, explained Clive Oppenheimer from Cambridge University, as he presented the film at the 11th Rome Film Fest, where it is being shown as part of the Official Selection. The British vulcanologist, who Herzog met 10 years ago in Antarctica whilst shooting Encounters at the End of the World, and inspired the film with his book ‘Eruptions that Shook the World’, accompanied the director on his journey, and it is he we see interviewing aborigine leaders, researchers and fossil hunters on screen.

But Into the Inferno is much more than scientific exploration, as – and this is where the unique style of the director of Grizzly Man comes in – it centres around mankind and its relationship with nature. Myths, legends, cosmology: the people who live in the shadow of these volcanoes each have their own unique relationship with them. There are those who see volcanoes as a kingdom of spirits and demons, those who see them as the origin of life, and those who see them as a symbol of revolution, as we see in the part of the film shot in North Korea, where Herzog was given permission to film demonstrations of devotion to Mount Paektu and the dictator Kim Jong-un (which “are much more effective in conveying the atmosphere of the country than undercover footage would have been”, states Oppenheimer). In this journey from one crater to another, there is no shortage of encounters with odd individuals, giving the Teutonic director something to really sink his teeth into: the aborigine who speaks with the volcano (but cannot let us in on what is being said); the labourer who builds a church in honour of Mount Merapi (Indonesia), which was designed to look like a dove but looks more like a giant chicken; an eccentric palaeontologist from Berkeley who threw down the challenge, brush in hand, of finding the remains of as many century-old hominids as possible.

And then there are the volcanoes themselves: the noise, the smoke, the explosions, the lava bubbling up, spitting and sliding down the side, captured in hypnotic, hellish and spectacular images. Man is minuscule in all of this. He approaches the crater, almost challenging it despite being fully aware that the volcano could, if it wanted to, wipe out cockroaches, reptiles and humans without discrimination (to this end, the old footage by fearless French vulcanologists Katia and Maurice Krafft, who were pioneers in filming erupting volcanoes before meeting their demise in a magma flow on Mount Unzen in Japan, is very effective). Beneath our feet is a sea of fire just waiting to explode and wipe everything out, which is what happened 74,000 years ago in Sumatra, where it is said that the eruption of a super volcano (where Lake Toba is today) almost caused the extinction of the human race. And Herzog’s reflection at the end of the film inevitably brings us to that sense of insignificance in the face of nature, to wonder how man will meet his maker on this Earth, to feel that the ground beneath our feet is perhaps not so solid.

Into the Inferno is a British-German-Canadian co-production by Spring Films, Werner Herzog Film and Matter of Fact Media. The film will be available on Netflix, in all countries it operates in, from 28 October.

more about: Into the Inferno

Pablo Maqueda retraces the journey made in 1975 by filmmaker Werner Herzog and invites the viewer on this solitary and evocative trip, full of love for cinema

Organised by the Institute of Documentary Film, the largest documentary industry event in Central and Eastern Europe will also organise free-entry, English-language events open to the public

Into the Inferno: Werner Herzog and the volcanoes

After Telluride and Toronto, the new documentary by the great German director, which will be available on Netflix from 28 October, hits the Rome Film Festival

Tschick and Fritz Lang have their international premiere in Rome

The 11th edition of the event, directed by Antonio Monda, will be held from 13 to 23 October. Guests will include Roberto Benigni, Tom Hanks, Meryl Streep, Ralph Fiennes, and Juliette Binoche 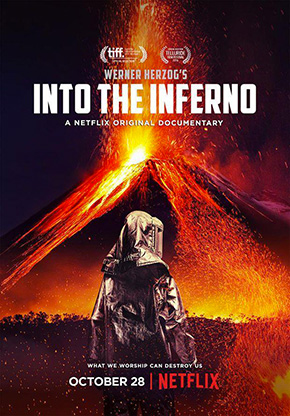 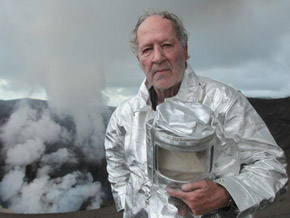