A Wedding, rebelling against tradition

20/10/2016 - In Belgian filmmaker Stephan Streker’s film, young Lina El Arabi is outstanding in the role of a ‘second-generation’ girl who just wants to make her own choices freely

Zahira has fallen pregnant by her boyfriend Tariq. She wants to keep the baby, he doesn’t. A Wedding [+see also:
trailer
interview: Stephan Streker
film profile] by Belgian director Stephan Streker (The World Belongs to Us [+see also:
trailer
interview: Stephan Streker
film profile]), being screened in the Official Selection of the Rome Film Fest, is set in a city in Belgium, where having an abortion in total privacy is easy for a young woman. And Zahira (Lina El Arabi), is an 18-year-old like any other. We see her with her friends, in her Latin literature lessons at the high school she attends, we see how close she is to her brother Amir (Sébastien Houbani). But at the same time, there’s something that makes her special: she belongs to a traditional Pakistani family. And that’s why she must protect herself from the fallout of the mess she’s landed herself in.

While Zahira puts off making a decision on whether or not to have an abortion, unbeknown to even her best friend Aurore (Alice de Lencquesaing), her parents present her with three young suitors to marry. They’re all in Pakistan, and her only opportunity to get to know any of them is through a short Skype date. Zahira laughs with Aurore about this ridiculous imposed choice, but mum and dad seem awfully serious. Although they are sensitive and relatively open parents, there is no compromise when it comes to the teachings of Islam, which also applied to her big sister. When the situation deteriorates, Zahira goes to her friend for shelter, with the support of the latter’s father (played by Olivier Gourmet, who has great presence in the few minutes he appears on screen), and tries to run away with a young motorbike mechanic she has been seeing (Zacharie Chasseriaud), with it all ending in tragedy.

Although the subject matter is nothing new in film, and fits perfectly into the increasingly crowded debate on multiculturalism and the concept of ‘unity in diversity’ that is dividing Europe, Stephan Streker maintains his perspective, successfully conveying the gradual disorientation of the teenager and protagonist of the story, which is based on true events. Lina El Arabi, who plays the very different character of a young radicalised girl who embraces jihad in Xavier Durringer’s recent film for television Ne m'abandonne pas, is outstanding in the role of a ‘second-generation’ woman who just wants to make her own existential and emotional choices freely. Her great energy and vitality light up the set, and the director follows her closely with the camera, searching for every hint of emotion that appears on her face. The screenplay is perhaps ‘over-explained’ and excessively linear in places, perhaps in a bid to win over a younger audience, but all in all the narrative holds up right to the end.

A co-production between Belgium, Luxembourg and France in the form of Daylight Films with Tarantula, Formosa and Minds Meet, A Wedding will be released in France as of 22 February 2017 by Jour2Fête.

more about: A Wedding

"Zahira is the girl who says no: an Antigone for our times”

With A Wedding, Stephan Streker offers a powerful film that centres on the tragic fate of a young woman sacrificed at the altar of tradition

For its tenth session, the Brussels regional investment fund is backing the new movie by the Belgian director, which is currently being shot shrouded in the utmost secrecy

Lina El Arabi to lead the cast of Les meilleures

The acting revelation who made her name in A Wedding will be flanked by Esther Bernet in Marion Desseigne Ravel’s first feature film, a 31 Juin Films and Tripode production sold by Le Pacte

Jour2Fête to showcase Papicha at Cannes

Shining bright on the French sales agent’s slate is the feature debut by Mounia Meddour, which will be world-premiered in Un Certain Regard

Jour2Fête puts its foot down on the accelerator

The French sales outfit will be showcasing Manta Ray and Her Job at Venice and Toronto, and presenting the upcoming titles Papicha and Echo 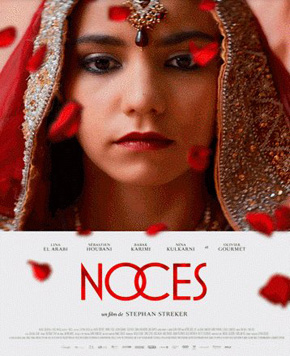 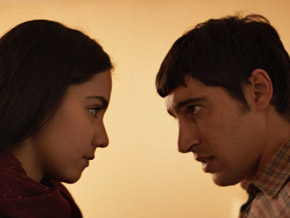 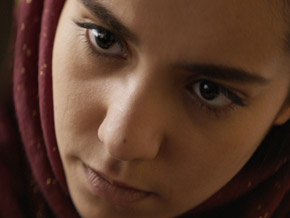