27/10/2016 - Miroslav Janek's film on Asperger syndrome looks deep into its protagonists’ spirits, rather than reducing them to mere illness

Miroslav Janek is one of the Czech Republic's better-known documentarians, who started out as an editor for Godfrey Reggio, and went on to direct acclaimed feature-length films such as Citizen Havel [+see also:
trailer
film profile] (2008), Burning (2012) and The Gospel According to Brabenec (2014). All of these films screened at the Jihlava IDFF, and his latest, Normal Autistic Film [+see also:
trailer
film profile], has just been shown in the festival's Czech Joy competition after it world-premiered at Karlovy Vary.

The film explores Asperger syndrome by following how five children and teenagers are coping with the condition. However, Janek prefers to focus on the special traits that autism gives the afflicted, rather than the unquestionable handicaps. In an early scene, teenager Lukaš is watching a YouTube video of a lecture by an expert who describes the social consequences of the syndrome as a conflict between the "neurotypical" and "neurodiverse", but that is as far as the film goes with medical explanations.

Lukaš is the right protagonist to start the film with, and watching YouTube videos is fully in accord with his cinephilia, expressive and highly original sense of humour, and flair for showmanship.

On the other hand, Denis has a strong musical talent – it is not uncommon for autistic people to have the ability of absolute pitch. His piano renditions of Orff and Chopin serve as the musical leitmotifs for the whole film.

Majda was diagnosed with autism late, when she was 13, and now, at 17, she sees the world as a very dark place. In her first scene, she is standing on a railway bridge, talking about suicide. But she is also a creative person and vents her frustration through amateur, but intelligent and often piercing, hip-hop songs containing verses along the lines of “My life is shit”.

Brother and sister Hamid and Marjam are younger, and face double discrimination as the autistic children of a half-Sudanese mother and a Dagestan-born father. Marjam loves ponies, has a strong inclination to reflect on her position in society and speaks English perfectly, while Hamid's pessimism, which borders on nihilism, at certain points surprisingly and refreshingly converts to full-on optimism.

Janek's decision to include only discussions with protagonists and some of their family and friends, arranged as friendly talks, rather than classical interviews, and add audiovisually creative passages that combine his view of the children and their respective views of the world, results in an engaging and optimistic film. The editing carries the dynamics of ups and downs that correspond with the mood swings inherent in those with Asperger syndrome.

Normal Autistic Film is a co-production by Mimesis Film and Czech Television. Taskovski Films has the international rights.

On Body and Soul takes home the main prize from Camerimage

The 25th edition of the Polish festival dedicated to the art of cinematography welcomed David Lynch, John Toll, Kenneth Branagh and DoPs from all over the world

The tenth-anniversary edition of CinÉast kicks off in Luxembourg City

Against all odds, the most-nominated film, Anthropoid, did not cash in on any of its nods

Olmo Omerzu’s film has topped the Czech Film Critics’ Awards, while I, Olga Hepnarová also swept a handful of accolades

The Dazzling Light of Sunset won the Between the Seas section and Best Debut; FC Roma and Normal Autistic Film shared the Best Czech Film Award

The fifth generation of Emerging Producers presented in Jihlava 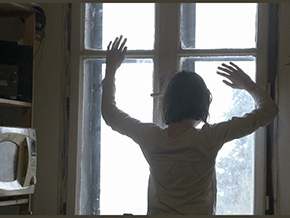 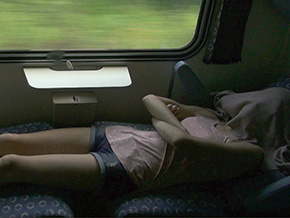