10/11/2016 - Original and clone blur into one in this second full-length feature from Lluís Galter, which centres around a Chinese tourist attraction created in the mirror image of a Spanish town

Readers may have come across articles or TV reports about the Chinese predilection for erecting their own replicas of far-flung places like London, Holland or New York. This proprietary urge not to miss out on what is possessed by the neighbours on the other side of the globe was what drove an expedition from the Asian juggernaut to visit Cadaqués, a town on the Costa Brava in Catalonia, Spain, six years ago. Their mission was to study every inch of the place in order to build a carbon copy on home soil. The result is Kadakaisi, a perplexing presence, as demonstrated by Lluís Galter’s documentary, The Substance [+see also:
trailer
film profile], which is being shown as part of the Resistances section of the 13th Seville European Film Festival. Galter’s previous film, Caracremada [+see also:
trailer
film profile], was featured in the Orizzonti section at the 2010 Venice International Film Festival.

Here, Galter’s camera flits without warning from the original town to the copycat, seamlessly juxtaposing townscapes with hundreds of years of history with others that are barely five years old. Two seaside towns, inhabited by people of vastly different languages, customs and traits. In Spain’s Cadaqués lives an old friend of the director, a maker of tiny model boats and a local history buff who will serve as a narrative anchor for the film. His Chinese twin is Tingting, a woman eager to spend a few days relaxing in this artificial paradise, where the streets are bathed in piped music.

Galter has chosen to blend together both versions of Cadaqués in a medley that keeps us guessing as to whether we are seeing the old town or the new, the authentic place or its simulacrum. The visual sleight of hand perpetuated by the cinematography induces a maddening need to know which is which, and this effort is both tiring and disconcerting — just as living with perpetual uncertainty can be exhausting. It is this questioning of the idea of “the authentic” that forms the premise of this imaginative documentary, itself an imitation of the reality that it portrays as it steps into a hall of mirrors where impressions and uncertainties ricochet endlessly before our eyes.

Through its hybrid structure, with scenes that seem to show “reality” alternating with others that are apparently fictionalised, the disorienting effect of The Substance grows more and more intense. There are even moments when the inhabitants of one place seem suddenly to have been transported to the other side of the world. Who was there first? Why is one place more authentic than the other, if both were created by man? And if, under the camera’s gaze, both become part of reality as we experience it, then can one really be said to have more value than the other?

We live in a world of imitations and The Substance (produced by Lastor Media, Mallerich Films, CCMA, Paco Poch Cinema and Alina Film tries to reflect that, inviting the viewer, who ultimately is the one who decides where to place value, to construct a third Cadaqués, one that blends together the appearance and inhabitants of both—something that the much-rehearsed phenomena of globalisation and virtual reality are already accomplishing with unequivocal and unsettling success.

more about: The Substance

Original and clone blur into one in this second full-length feature from Lluís Galter, which centres around a Chinese tourist attraction created in the mirror image of a Spanish town 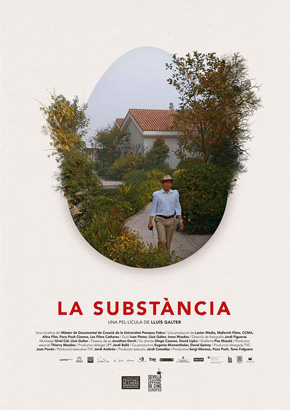 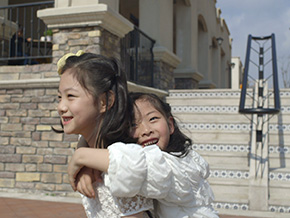 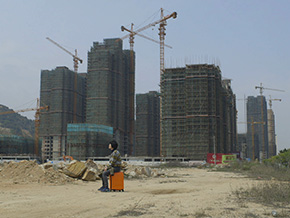 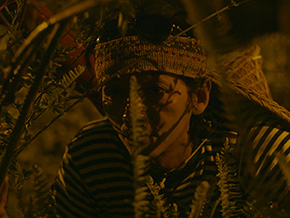 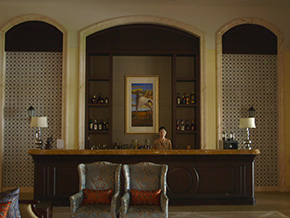