The Shepherd: The holy innocent

23/11/2016 - Jonathan Cenzual Burley's third film is a rural western, shot with few resources but oodles of inventiveness, which harks back to the rugged, melancholic, Castilian spirit of author Miguel Delibes

A man in his early fifties hauls himself out of bed in his humble abode, does his ablutions, makes some coffee and feeds his dog. Then, still enveloped by the darkness of night, they both head out into the field and accompany their flock of ageing sheep, driving them elsewhere so that they can graze on a flat, treeless piece of land that stretches as far as the eye can see, as the sun starts to rise and everything is bathed in a beautiful, pure, pinkish light. This is the opening scene of The Shepherd [+see also:
trailer
interview: Jonathan Cenzual
film profile], the third feature by Salamanca-born Jonathan Cenzual Burley, which was screened in the Rellumes section of the 54th Gijón International Film Festival.

Cenzual is not a mainstream filmmaker, and nor is he well known in his homeland. Ever fascinated by the people who live outside the “system”, he has previously made The Soul of Flies and The Year and the Vineyard, which were shown at festivals such as Karlovy Vary. Once again, he uses the small village in Salamanca where he lives, and its surroundings, as the settings in which his characters roam – especially Anselmo (Miguel Martín), its protagonist, the titular shepherd in this film that faithfully portrays the spirit, the contrasts and the atmosphere of the towns and villages in deepest Spain.

Anselmo is a free man: his only possession is a secluded house in the middle of the countryside, with the most basic of home comforts, a loyal hound and a flock that he herds every day. He doesn’t even have a television, a telephone or central heating: he keeps himself warm by means of a fire that he keeps burning himself. Even the books he reads are loans, borrowed from the local library. But Anselmo has something that is gradually ebbing away: time and freedom, which Cenzual’s lens captures with enormous love and respect.

But all of Anselmo’s intangible riches – underpinned by his iron-willed moral principles that leave no room for either materialism/consumerism or wasting time on subjects he doesn’t like or is not interested in – come under threat when some developers pay him a visit, with the intention of buying his house and land off him in order to construct a housing estate on the idyllic spot. But the shepherd’s neighbours, seething with greed, will prove to be even more dangerous as they manipulate him into selling something more than just a few hectares: his very way of life.

As it unfolds, The Shepherd morphs into an understated, modern western that is not averse to being critical of society. It also has a great deal in common with the portrayal of rural, harsh and unsparing – but fascinating – Spain that Miguel Delibes adored so much, and which he depicted, with passion but also a certain degree of fear, in novels such as The Holy Innocents: as in that book, here there is an analysis of the social strata that are still spreading today, the abuse of power perpetrated by certain people, and the limited tolerance of the oppressed.

The movie – which combines hugely talented narrative and visual tools next to others that betray their scant resources (the filmmaker has again undertaken a very unburdened shoot, with a virtually non-existent budget: he got the project off the ground with a bare minimum of sponsorship) – also has a hint of film noir as it rises up in strong condemnation of that unstoppable epidemic called greed.

Filmed with a skeleton crew of just four people (cameraman, sound engineer, assistant and director), The Shepherd contains more truth than the films with colossal multi-million-euro budgets that tend to monopolise the box office. Wide Management is in charge of its international sales.

more about: The Shepherd

A month ahead of its Spanish release, The Shepherd, the third film by Spaniard Jonathan Cenzual, shot in the Salamancan countryside, is coming out in British cinemas

The director of The Shepherd continues rummaging through rural Spain’s past and present with his latest proposition, shot in black and white, and just as free-spirited as his previous works

Gabriel Velázquez’s film is an exploration of oral cultural transmission, portraying the close, respectful, conspiratorial and affectionate relationship between a young boy and his grandfather

Ajaccio is hosting the 20th edition of its Spanish and Latin American Film Festival, featuring a selection of titles plucked from the excellent 2016 crop crafted by its neighbour and South America

The Shepherd: The holy innocent

Jonathan Cenzual Burley's third film is a rural western, shot with few resources but oodles of inventiveness, which harks back to the rugged, melancholic, Castilian spirit of author Miguel Delibes

Belgian director Manu Riche’s feature will open the 24th edition of the gathering, while News from Planet Mars by France’s Dominik Moll will bring it to a close 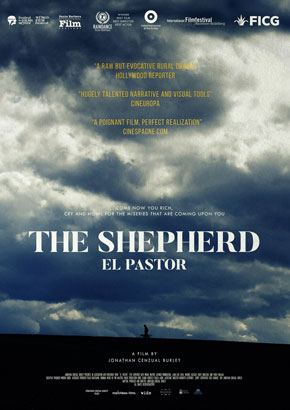 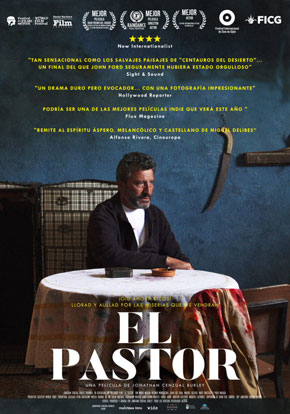 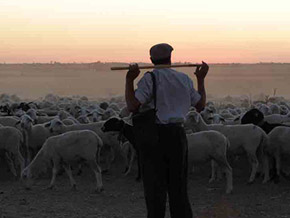 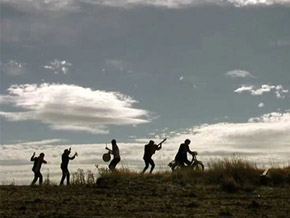