The Queen of Spain: Film, history and a lot of laughs

24/11/2016 - Fernando Trueba has teamed up with a cast of his actor friends, who resurrect the same characters that provided so much joy in The Girl of Your Dreams

Penélope Cruz in The Queen of Spain

The Girl of Your Dreams (1998) unfolded in Germany, as Hitler was in power: a group of Spanish actors travelled all that way to shoot not one, but two folkloric films. Now, these same characters return to the big screen in The Queen of Spain [+see also:
trailer
interview: Fernando Trueba
film profile], but this time to film a historical movie, produced by the USA, and shot in Madrid and its surroundings. Fernando Trueba, the brains behind both films, has assembled the same troupe as before, comprising Penélope Cruz, Antonio Resines, Loles León, Santiago Segura, Neus Asensi, Rosa María Sardá, Jesús Bonilla and Jorge Sanz, joined by a cheerful Javier Cámara, Chino Darín, Carlos Areces, Ana Belén, Arturo Ripstein, and English speakers Mandy Patinkin and Cary Elwes (the lead actors from the cult 1980s film The Princess Bride).

The very first scenes of the film (which opens with images from news broadcasts from the 1950s, some of which are real, others reconstructed à la Forrest Gump – specifically, the ones featuring star actress Macarena Granada, played by Penélope Cruz) serve to show the group's reunion, as Blas Fontiveros (Antonio Resines) returns to his homeland after surviving his time in a Nazi concentration camp. With the gang together again in order to make a biopic of dubious historical accuracy (like so many that were shot in Spain at that time, toplined by Hollywood stars) about Queen Isabella I of Castile, the humorous situations gradually start to flow in a light-hearted and playful atmosphere, triggered by sexual, linguistic, emotional and cinephilic misunderstandings.

Trueba has packed his screenplay full of information, curios and even vernacular directly linked to the cinema of that time, thus combining historical and cinematic didacticism with a storyline that bears a striking resemblance to that of the aforementioned The Girl of Your Dreams: the star of the show is besotted by a handsome boy from a lower social class, the womanising Iberian macho enjoys a taste of sexual ambiguity at first hand, the assistant to the star becomes both a witness and an accomplice, and so on. Of course, censorship is another of the ingredients thrown into this comedy-fuelled melting pot of profound love for cinema, its crews, its trick photography and, naturally, its mishaps.

The Oscar-winning director of Belle Epoque thus makes a return to his beloved domain of comedy, following forays – abandoning the genre he reveres so much – into musical (Calle 54), animation (Chico & Rita [+see also:
film review
trailer
making of
interview: Javier Mariscal, Tono Errando
film profile]) and drama (El baile de la Victoria [+see also:
trailer
film profile]) territory. And although the movie allows you to glimpse elements of the backwardness of Franco's Spain, the camera mainly focuses on the people of film. A great admirer of Luis García Berlanga, a true maestro when it came to managing a large group of actors in a scene, Trueba succeeds in organising his great gang of buddies so that they all have their time to shine and their one-liners, although some returning performers, such as Anabel Alonso, come out on top.

Shot in Madrid and in Budapest, where the crew managed to find film studios with the same look and feel as the Spanish ones at the time when the action takes place, The Queen of Spain is a production by Fernando Trueba PC, The Queen Picture AIE and Atresmedia Cine, with the involvement of Movistar +. The movie, whose international sales agent is British firm Myriad Pictures, is released tomorrow in Spanish theatres, courtesy of Universal.

more about: The Queen of Spain

“Comedy is there to be shared”

Fernando Trueba signs The Queen of Spain, an ensemble, historical comedy in which he revisits the genre and the characters he popularised in The Girl of Your Dreams

The Madrilenian star will pick up the honorary prize at the upcoming edition of the Basque gathering; her face also graces the event’s official poster

The 24th Forqué Award for Best Film of 2018, handed out by EGEDA, went to the comedy-drama directed by Javier Fesser, and produced by Morena Films and Películas Pendelton

Karra Elejalde plays author Miguel de Unamuno in the new film by the director of Agora, principal photography for which kicks off today in Salamanca

Review: The Laws of Thermodynamics

Among them are the latest films by Aki Kaurismäki, Agnieszka Holland, Sally Potter and Calin Peter Netzer. The Berlinale Special section's first four film have also been unveiled 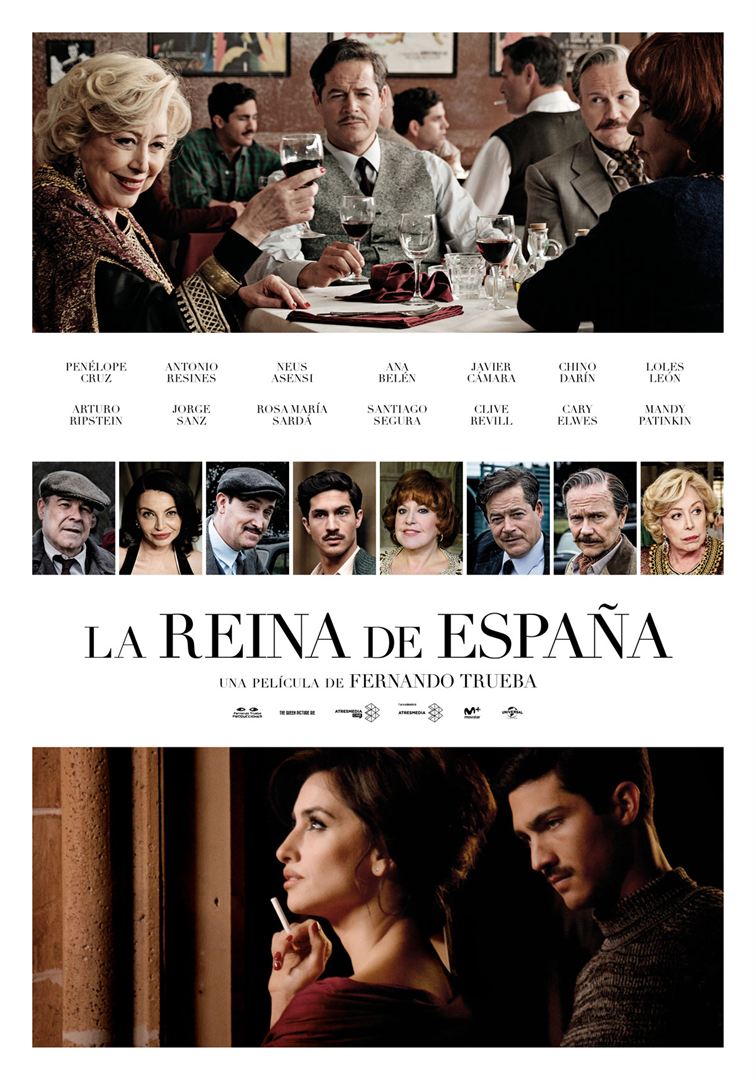 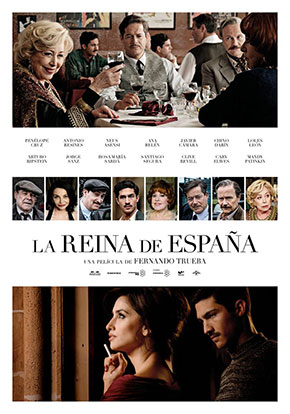 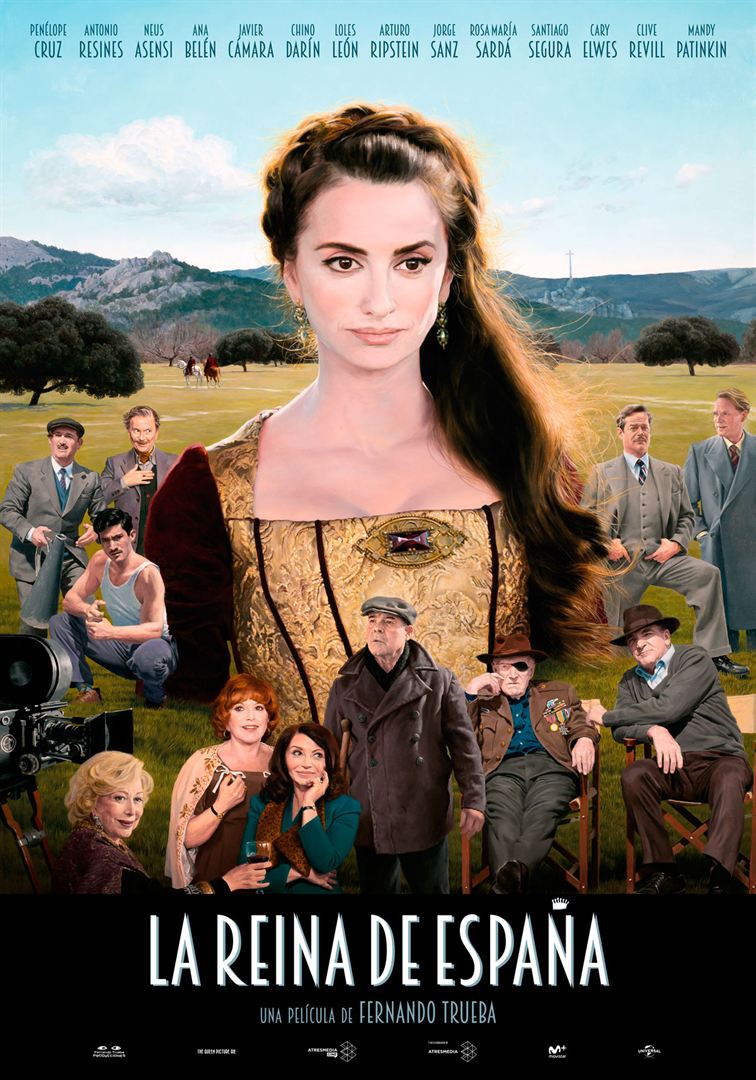 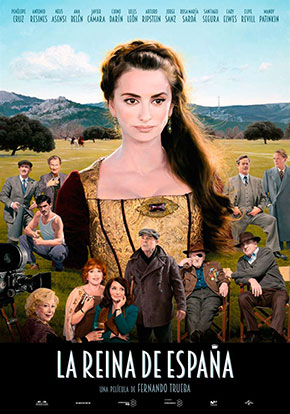 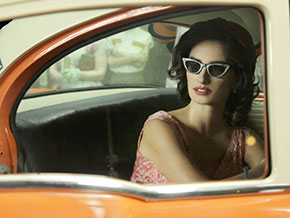 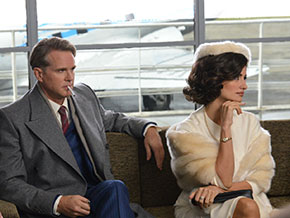 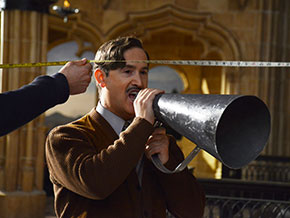 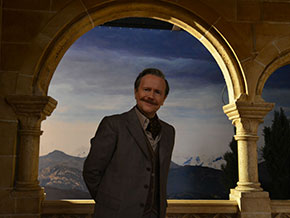