30/11/2016 - Marion Hänsel reunites the two actors for her twelfth feature film, which follows the pilgrimage of two brothers as they learn to get to know one another

Homer and Joe follow the course of a Croatian river on board a swaying boat, almost against their will, flanked by an unknown dog who has invited himself along on their journey without warning. Very quickly, we realise that the two men are strangers to one another, ignoring the blood tie that binds them to one another. Their father, who one of the two men didn’t know well enough whilst the other perhaps knew him too well, has just died, leaving them an unresolved mystery surrounding the circumstances of his death: was he murdered or did he commit suicide? The two men now share not only the same genes, but a common quest. They hit the road, or rather the river, to find out what happened in the final hours of this mysterious father of theirs. On the waters of the river, and then on the steep slopes of the mountains, they get to know one another, whilst slowly but surely, the mystery surrounding the death of their father is resolved.

With this pilgrimage and this quest for a truth that comes too late, Marion Hänsel makes Upstream [+see also:
trailer
interview: Marion Hänsel
film profile] into a bucolic buddy movie, in which the heroes sail and march on to the rhythm of nature. The main character, who is perhaps the father, is an absent figure who has left a hollow which these two men of ripe old age each try to fill in their own way. "I’ve always dreamed of telling him how many trucks I have, what use are they to me now that he’s dead?”, asks Homer. Is Homer, a grouchy and authoritarian man, actually looking for the recognition that was stolen from him by the death of his father? And Joe, a gentle and kindly, almost childlike novelist, “writes, because it avoids (him) talking”. But these brothers searching for truth are hiding things themselves. One keeps quiet about his frustration whilst the other keeps quiet about his violent father, for fear of disappointing him. Discovering the truth about his father, Homer feels like he’s losing him a second time. The two men’s unexpected encounter with Sean, an Irish adventurer who speaks only grudgingly, lifts the veil on a whole new side to their father’s life, for worse rather than for better. Although Joe and Homer do not hesitate in pushing their own lives to one side to reconcile themselves with the memory of their deceased father, what they discover doesn’t exactly reassure them. Nonetheless, as they wind their way down the river, they lose their father a little more, but each gain a brother. In the face of the adversity of nights on the mountain, they open up to one another and end up becoming closer. Homer learns to take care of someone other than himself, whilst Joe finally manages to open up outside of his books.

The director needed two strong yet vulnerable actors to play these two brothers who carry us through the film, two people capable of developing the strong chemistry needed to give form to this special fraternal relationship. Marion Hänsel chose to once again place her trust in Olivier Gourmet and Sergi López, who she also directed in Tenderness [+see also:
trailer
interview: Marion Hänsel
film profile], and who she knew she could count on.

Upstram is produced by the director’s company, Man’s Films, and co-produced in the Netherlands by SNG Film, and by Kinorama in Croatia. The film has received support from the Centre du Cinéma et de l’Audiovisuel de la Fédération Wallonie-Bruxelles, as well as the Netherlands Film Fond and the Croatian Audiovisual Center. Cinéart is distributing the film in Belgium.

"The film tells the story of two journeys"

Screen.brussels dishes out a substantial pot of funds for its first session of 2017

In its first session of the year, funding body screen.brussels has decided to invest a total of €1,060,000 in 13 projects, ten of which are predominantly Belgian

Amelio, Ardant, Schlöndorff and Konchalovsky among the guests at the Bif&st

The eighth edition of the Bari International Film Festival is set to unspool from 22-29 April, chaired for the first time by director Margarethe von Trotta

Doc & Film International makes an assured return to the EFM

Marion Hänsel reunites the two actors for her twelfth feature film, which follows the pilgrimage of two brothers as they learn to get to know one another

Safe bets, firm favourites and revelations, from Quebec to Cambodia via Belgium and Romania, are all on the cards for the 31st edition of the festival

The deal was signed yesterday in Brussels

The HFM came to an end this weekend in Utrecht, with Catalan project Summer 1993 receiving the Emerging Talent Prize 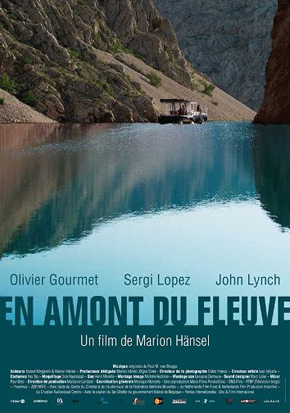 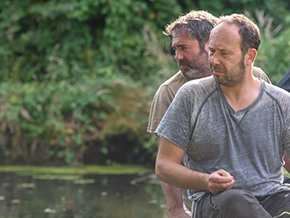 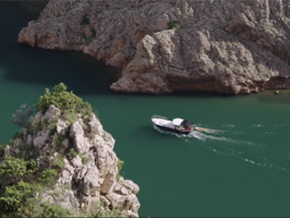