15/12/2016 - For his third Christmas film with Filmauro, the Italian director reunites Lillo and Greg as they get to grips with a bold plan: to kidnap the precious dogs of the Queen of England

Christmas comedy and American-style action with a pinch of romance, “a film that will please all”, according to one of its protagonists, Nino Frassica, and which may well stand out from the crowd of Italian Christmas comedies flooding theatres this year (as of today, there are no fewer than six showing in cinemas). “After last year’s success, this year we were even more daring”, confesses director Volfango De Biasi, who, for Natale a Londra - Dio salvi la Regina [+see also:
trailer
film profile], which hits 524 screens this Thursday under the distribution of Filmauro (which also produced the film) assembled a team of six screenwriters, including himself, to give the film “as many voices” as possible.

The third Christmas film by the De Laurentiis-De Biasi team (after Un Natale stupefacente in 2014 and Natale col boss [+see also:
trailer
film profile] last year), tells the story of the unlikely plan of a gang of lowlife bunglers. Lillo and Greg play Erminio and Prisco, two brothers who couldn’t be more different (one is a bully, the other a boy scout, but with unexpected consequences), and the sons of Er Duca (Ninetto Davoli), a respected Roman gangster. To save their father’s business, and show they’re up to the job, they go to London and decide to kidnap the precious corgis of the Queen of England and ask for a hefty ransom in return. Accompanying them on this adventure are the manager of a Michelin-star Italian restaurant, known as ‘U Barone (Frassica), his ruthless chef daughter Anita (Eleonora Giovanardi, who we saw opposite Checco Zalone in box-office champion Quo vado?), his klutzy sous-chef Vanni (Paolo Ruffini), who is secretly in love with his beautiful quick-tempered boss, along with ‘U Mago Enrico Guarnieri and Uccio De Santis, from Bari. Accomplices who are unaware of the plan to storm Buckingham Palace are the very Neapolitan competing restaurateurs Monica and Enzo (played by comic duo Arteteca), who specialise in making the preferred meatballs of Elizabeth II’s dogs.

A quick rhythm, clearly-defined characters, a royal setting and punch-ups à la Bud Spencer and Terence Hill are some of the ingredients of this film, in which duo Lillo and Greg shine once again (real names Pasquale Petrolo and Claudio Gregori, the latter of which is also the writer of compelling modern spy movie music), with the ability, when they’re on set, of never putting one foot wrong. A film that brings Italy together to some extent (we hear accents and dialects from Rome, Tuscany, Sicily, Apulia and Naples) in a relatively exotic setting (a lot of the London-based scenes were actually shot in Rome), a sparkling, well-executed and high-quality Christmas film. The Christmas comedy challenge is officially on starting from today.

The new film by the director of Crazy for Football is a romantic comedy set in Turin in the '80s, starring Alessandro Preziosi and Sarah Felberbaum

Crazy for Football: The craziest championships in the world

After having its premiere at the Rome Film Fest, Volfango De Biasi’s documentary on the Italian championships for psychiatric patients is released in Italy

For his third Christmas film with Filmauro, the Italian director reunites Lillo and Greg as they get to grips with a bold plan: to kidnap the precious dogs of the Queen of England 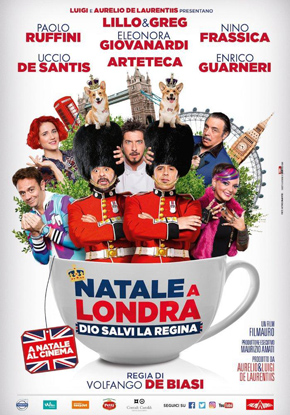 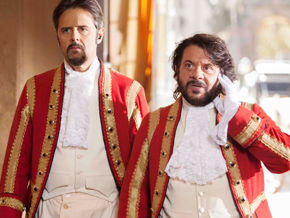 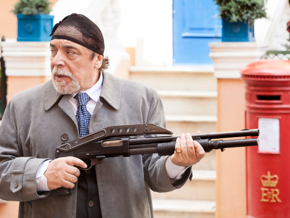 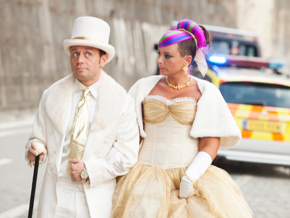