Rue de Blamage: The portrayal of a forgotten humanity

25/01/2017 - The latest documentary by Aldo Gugolz is a sensitive and brave portrayal of the life of “ordinary” people, between their problems and small yet major victories

Aldo Gugolz, a director from Lucerne who trained at the HFF in Monaco, presents the world premiere of his latest endeavour Rue de Blamage [+see also:
trailer
film profile], a direct yet poetic documentary that leaves no room for bleakness, at the Solothurn Film Festival, where it is in the running for the Soleure Prize. Aldo Gugolz adopts great respect in filming his characters’ faces, their bodies that are tired but don’t break, eyewitnesses to a past and often also a present lived on the margins. Rue de Blamage gives a voice to those who don’t have one or have simply lost theirs, a sort of visual translation of an inner world inhabited by memories and dreams.

Rue de Blamage is a messy street in the suburbs of Lucerne. The people that inhabit it are “marginalised” and often live on the outskirts of society, in a parallel world with its rules and contradictions. Aldo Gugolz films some of these characters: a street musician, a former drug addict doing everything he can to try and salvage his relationship with his son, a Syrian refugee who wants to see her family reunited, a brothel madam who’s fed up with having to be a psychologist to her clients, an artist who draws inspiration for his work from the neighbourhood itself, and finally Heinz, a retired dustman who becomes the artist’s muse in the creation of his final piece.

It’s hard to not get emotionally attached to the characters that inhabit Rue de Blamage, adrift souls who have decided to live outside of society. Their existence is a never-ending adventure, a succession of problems both small and large, in search of a utopic happiness (the Syrian refugee tries with all her might to get her daughter to Switzerland, and the brothel madam tries to find love in a S&M relationship) or simply in an attempt to survive. The faces of the characters, often filmed in close-up shots, are like maps of a past they’d rather keep secret. The director respects their shyness, perhaps the last trace of dignity they have left, without trying to look beyond the mystery and reveal hairy details about their lives, but letting them speak freely, in their own time, slowly but surely winning their trust. This way in which he silently follows them (there are no voiceovers to guide the images) gives the film an aesthetically majestic poetic side. The images speak at times louder than the words themselves, and the characters, who float along in a reality that’s cruel yet unreal, lay themselves bare before the camera with modesty and courage. Aldo Gugolz films their faces and bodies as if painting their portrait. The chaos of the outside world doesn’t seem to penetrate Rue de Blamage, a sort of reassuring prison where people can embrace their diversity without feeling ashamed. Roland Widmer and Jean-Pierre Smadia’s music, which is reassuring yet unsettling, strengthens the feeling of imminent danger even more. The sequence shots, which are brief yet intense and show the characters in their natural habitat: Heinz in his living room, surrounded by cuckoo clocks and knick-knacks of every description, or the street musician sleeping in an underground car park, are transformed into living paintings, unsettling and majestic. A necessary film that ventures to a place all too many don’t even want to see.

Rue de Blamage: The portrayal of a forgotten humanity

The latest documentary by Aldo Gugolz is a sensitive and brave portrayal of the life of “ordinary” people, between their problems and small yet major victories

Putting the spotlight on the schedule for the Solothurn Film Festival 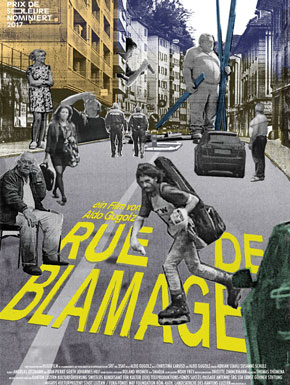 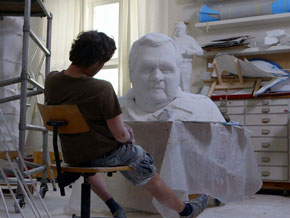 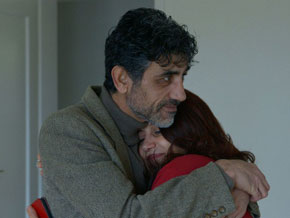 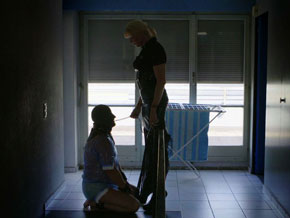 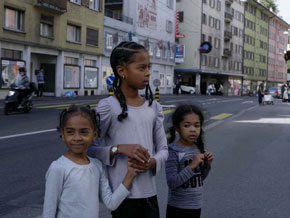 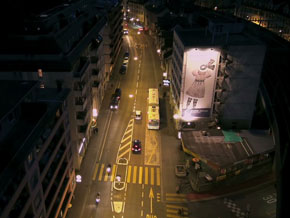