An elegant tribute to Django in chains

10/02/2017 - BERLIN 2017: Étienne Comar’s film is a very well-made biopic, loaded yet spirited, which pays tribute to the figure of Django Reinhardt, taking us with him into a kind of film made "to make us dream"

The Berlinale kicked off this year in a forest in the Ardennes, misty but full of the sound of music as light as a butterfly, a pure joy to listen to. The opening film of this year’s 67th edition of the Berlin Film Festival bore the name of a Romani gypsy: Django [+see also:
trailer
Q&A: Etienne Comar
film profile].

And the director of the film, French producer and screenwriter Étienne Comar (Of Gods and Men [+see also:
film review
trailer
interview: Xavier Beauvois
film profile], My King [+see also:
film review
trailer
film profile]), used his directorial feature debut to pay tribute to this big name from the world of jazz. Not only does he rise to the challenge of portraying the legendary figure of Django Reinhardt with the special elegance he deserves, in a biopic that dodges the usual pitfalls of genre film (starting with the trend of reducing a great figure   to a cliché lasting 1h50 that’s flatter than a fictional character), but he does so in a loaded historical context, that of the Occupation and the persecution of travellers by the nazis, also managing, both in terms of substance and in form, to not just make yet another film about the Second World War. Not by a long shot. And it’s precisely because he doesn’t give into the temptation of skimming through all the twists and turns of the life of the Romani musician, instead focusing on one specific period, a heavy period for him and the Sinti community, that the director succeeds, without exaggeration, with a simple sincere tone that marries up well with the pure joy of the light-hearted tunes dancing under the inimitable fingers of Django, allowing us to share something rather profound about him and his world.

We are given a different angle on an era of jazz, one in which Django (Reda Kateb) was the heartthrob of all of Paris, the one everyone wanted – he who, with his carefree spirit, his state of absolute calm, was never on time. We get the measure of his status as a star who is untouchable yet doggedly persecuted by the occupant through situations of almost theatrical absurdity, concerts ordered by and for nazi officers, on the condition of course that he cut out everything that separates his music from waltz music (the list of forbidden musical practices almost makes you smile it’s so idiotic). And then you hear him speak, with all the little Indo-European lilts in his voice, a way of speaking which his elderly mother uses to mask her sense of humour when she negotiates side by side with non-Romani folk – because we’re also inevitably brought face to face with his family, in the strictest sense of the word as well as the broader sense in reference to the travelling community, without counting all the musicians and a beautiful patron named Louise, played by Cécile de France with graceful restraint and independence.

Throughout the film, we never leave the side of this calmly magnetic character, played by Kateb with a sensitivity that combines sobriety and generosity, making the viewer instinctively fond of him, a wiretap of sorts. This also goes for the other characters, and the natural and intuitive way they interact with one another, as shown clearly by some great games of looks (imitated by the camera) throughout the film. The more we don’t follow Django in the escape that takes him to Switzerland and brings him back, after the war to play a poingnant requiem, the score for which is now lost, just once for all his "Romani brothers", the more we accompany him. We walk beside him on his journey, punctuated by feelings and emotions that can’t be expressed in words (which the artist couldn’t moreover read or write) – delicate feelings and emotions that you have to keep an eye out for, and others that submerge you like a sob you can feel rising in your chest, or like this music that invites harmony, that you listen to and can’t help but tap your feet to the rhythm of (whatever the Kmmandantur says), without realising that in the meantime, you’ve started smiling.

Produced by Fidélité Films, Arches Films and France 2 Cinéma, the film is being sold internationally by Pathé International.

“I didn’t want to make a biopic”

Reda Kateb and Naidra Ayadi also star in the cast of Thomas Kruithof’s second feature film, which is produced by 24 25 Films and sold by Elle Driver

The two actors will topline the next film by Olivier Nakache and Éric Toledano, produced by Quad and Ten Films, and sold by Gaumont

The films by Robin Campillo and Albert Dupontel have outpaced C’est la vie!, Barbara and Bloody Milk in the race for the César Awards

Principal photography about to commence on David Oelhoffen’s Close Enemies 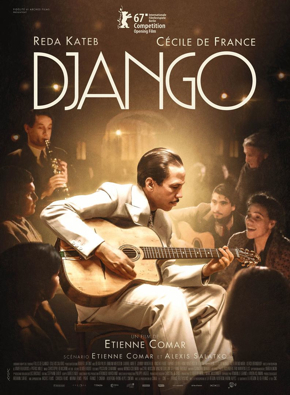 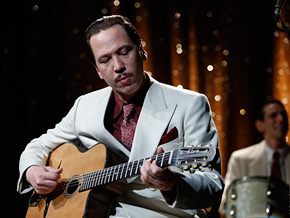