14/02/2017 - BERLIN 2017: Greg Zglinski presents the world premiere of a demanding and lysergic film that gives us a different experience of reality in the Forum section of the Berlinale

Over ten years on from first reading the script (and falling under its spell) for what would be Jörg Kalt’s last film (with the latter dying just a few months later), Greg Zglinski, a Polish director based in Switzerland, decided to bring it to the big screen. Now screening Animals [+see also:
trailer
interview: Greg Zglinski
film profile], a gem born from the minds of two brilliant directors who share a passion for the mysteries of the human psyche, is the Berlin Film Festival.

Animals is as easy to summarise as it is complex. Although the “main” plotline focuses on the journey of a couple from Vienna to the Swiss Alps in search of a neutral land in which to rediscover themselves, this soon branches off into an infinite number of sub-plots, like a sweet-talking octopus. Greg Zglinski strews his story with lots of smaller undercurrents that push the story towards parallel dimensions of further intriguing meaning. Animals is thus transformed into a giant treasure hunt, the reward at the end of which is quite simply (utopic) understanding of reality itself, beyond the tangible world and the grasp of the human mind.

Although the film undoubtedly tells a story that we could define as universal: that of the relationship between a man and a woman who are incapable of getting close, each of them trapped in their own reality of the world and love, this gradually turns into a dream (or a nightmare), penetrating the characters in such a way that they melt away, making them (and us as the audience) lose our sense of what’s real: of space and time. What if the world really is much bigger than our senses can grasp? What if love is actually a feeling of elation that breaks down tangible barriers to give us a fleeting glimpse of the immensity surrounding us?

Playing the protagonists of Animals are a trio with impact: Bergmanian actress Birgit Minichmayr (in the role of Anna, the presumably betrayed writer), Philipp Hochmair (a.k.a. Nick, the partner up to extramarital high jinks), and Lynchian actress Mona Petri (who plays the cryptic Mischa/Andrea). Like the ingredients of a mysterious recipe, the three characters combine to give life to an intricate web of parallel realities in which their bodies and voices resonate like distant echoes, divided by a space and time that is uncertain but extremely sensorial and real. Greg Zglinski directs them in an almost choreographical fashion through daring shots (like the 180-degree shot from above of the nape of Nick’s supposed lover, who watches them from the window as they drive in the direction of Switzerland) which recall the early films of Dario Argento, and feature sophisticated keys for interpreting an elusive reality. Accompanying these shots, like trusted dance partners, are the majestic sets of Gerald Damowsky, which are transformed into a magician’s hat, from which springs forth a series of mysterious creatures, the guardians of truths beyond the understanding of the human mind: goldfish like those on the satin nightgown that Andrea throws herself from the window in, a sacrificial lamb, a bird that shatters the window of the chalet only to smack into the kitchen wall, and above all a cat that talks and, by the end of the film, seems to be the only one capable of separating reality from fiction. A film that is transformed into a sublime four-handed symphony.

Animals is a co-production between Switzerland (Tellfim GmbH), Austria (Coop 99 Filmproduktion) and Poland (Opus Film) and is being sold internationally by Be For Films.

“Film is the perfect medium for showing dreams”

BERLIN 2017: Polish director Greg Zglinski speaks to Cineuropa to reveal the background to his latest feature, Animals, which he is introducing in the Berlinale Forum

Following the success of the series, production of a prequel feature film centred on the small-time crook Buba starring Bjarne Mädel has been launched

The story revolves around real-life boxing champion Tadeusz “Teddy” Pietrzykowski, who won a title in the Auschwitz-Birkenau death camp

"The biggest challenge in Switzerland is probably the language"

We have chatted with Katrin Renz, producer for Swiss outfit tellfilm, about her career and her selection for the EFP's 2018 Producers on the Move

Montparnasse Bienvenüe serves as Be for Films’ figurehead at Cannes 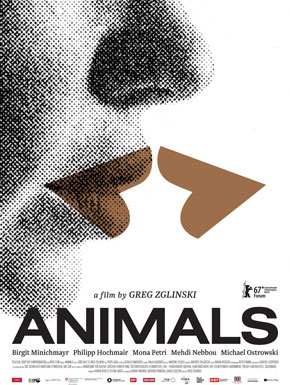 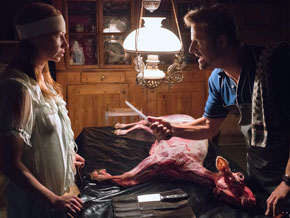 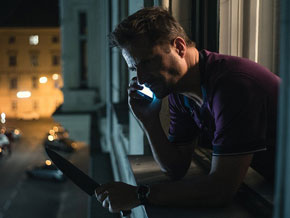 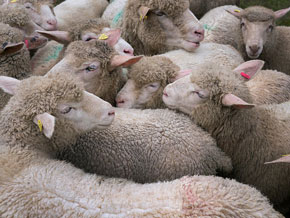