Skins: Ana, Candela, Jon and other monsters like mom

At every festival, there is always one film that leaves audiences lost for words and feeling somewhat disturbed. Last year in San Sebastian it was the Polish production Playground [+see also:
film review
trailer
interview: Bartosz M. Kowalski
film profile]; at this year’s Berlinale, in a city that nothing in art, sex or life has the power to shock, the film most determined to dial up the impact is the proud creation of a 25-year-old director best known in his native Spain for his work as a TV comedy actor. Eduardo Casanova, with that blend of rashness and volcanic creativity that reaches peak potency in youth, has brought his first full-length feature, Skins [+see also:
trailer
interview: Eduardo Casanova
film profile], to compete in the Panorama section. The film’s memorable protagonists include Samantha (played by Ana Polvorosa, kitted out with the necessary uncomfortable-looking facial prosthesis), a girl with an anus where her mouth should be — and vice versa, a predicament that also featured in Casanova’s earlier short film, Eat My Shit.

With this astonishing piece of courage and effrontery, which can’t help but invite interpretations that fall short of the scatological, Casanova presents a highly personal film and a paean to tolerance, acceptance, freedom, courage and the normality of difference. Ultimately, no matter how we might look from the outside, we are all freaks, and we are all entitled to do with our bodies whatever we damn well please.

Later, we will also meet a woman with a facial disfigurement (Candela Peña), a man covered in burns (Jon Kortajarena) and a prostitute who was born with no eyes (Macarena Gómez): curiosities that we might expect to see in a Coney Island fairground tent unashamedly projected onto the big screen and treated with the utmost compassion. Also featured is a domineering mother (Carmen Machi), an incorrigible romantic (Secun de la Rosa) and an absent, paedophilic father: they might be playing for “team normal”, but they are considerably more frightening than those who, on the surface, appear to be the monsters.

Skins takes difference and transforms it into something everyday. The whole film, swathed in pastel tones and sprinkled with 70s pop songs, is a kick in the guts that shoots us out of our comfort zone and our easy conformism and reminds us that we are not so tolerant and respectful of others as we think, however many online petitions for noble causes we may sign.

The effervescent Casanova, sticking to the ultra-kitsch aesthetics of his earlier short films, has created an off-the-wall ensemble piece woven from a number of different plot strands. Skins makes no secret of its director’s admiration for the likes of David Cronenberg, Ulrich Seidl, Roy Andersson, John Waters, Todd Solondz and Pedro Almodóvar, as well as the baroque and vividly-hued photographic creations of Pierre et Gilles. When you go to see it — if you dare — you’ll see what we mean. In the words of Álex de la Iglesia, who produced this surprising and unsettling debut, “Eduardo is many people rolled into one, and at the same time, he’s purely himself. A mixture of hate, vengeance, sweetness and rage: he’s like Hello Kitty sticking a knife in your throat; a blend of impossible emotions that only he could feel. He’s a wunderkind, a broken toy, a porcelain doll from a horror film. He’s Chucky and the Bride of Chucky at the same time. He’s Tadzio, that beautiful youth... He’s a film character just by being himself.”

Skins is a Pokeepsie Films and Nadie es Perfecto production, in association with The Other Side Films. Film Factory Entertainment is in charge of international sales.

“Skins is a film of contradictions”

BERLIN 2017: Eduardo Casanova unveils his first feature film, the impressively gutsy Skins, at one of the most prestigious of all the international film festivals

Despite the fact that John Waters and Divine make an appearance, Javier Polo has not made the filthiest film in the world; rather, this outlandish pop flick shimmers with joy and (rose-tinted) colour

This partner-swapping comedy, which is currently being filmed, is being produced by Kiko Martínez, of Nadie es perfecto

Skins: Ana, Candela, Jon and other monsters like mom 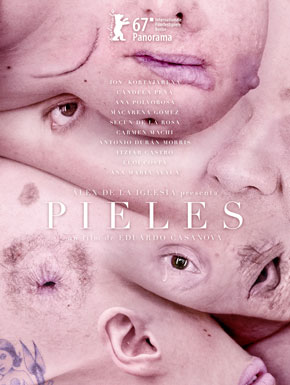 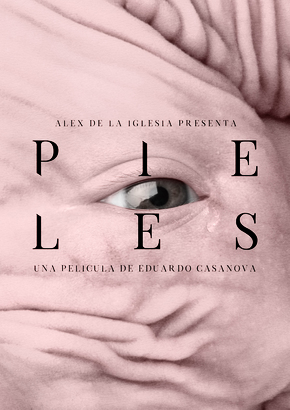 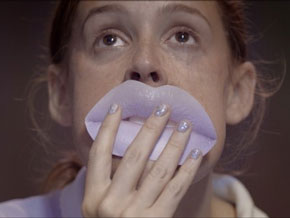 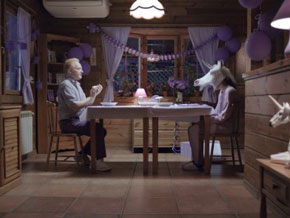 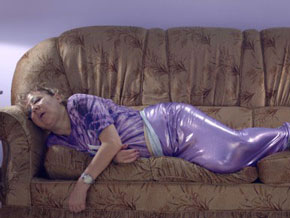 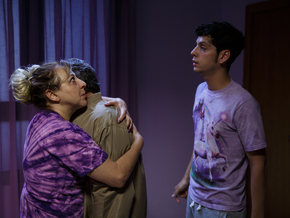 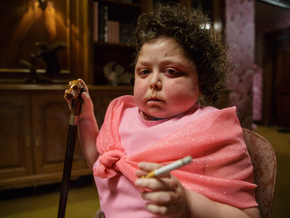