BERLINALE 2017 Out of Competition

The Bar: The accursed eight

17/02/2017 - BERLIN 2017: Álex de la Iglesia corrals three women and five men in the titular drinking establishment, only to force them — and us — to endure a waking nightmare of anguish, violence and excess

“Bars… there’s nothing like them,” went the good-humoured refrain of 1980s Spanish group, Gabinete Caligari. In bars, we find the best and the worst of our species, drawn from all of walks of life. They are places where the whole rich gamut of human life is packed into a confined space, and yet where everyone, for a while at least, seems to rub along together. Álex de la Iglesia knows this well, as does his inseparable writer, Jorge Guerricaechevarría. And so here we are watching The Bar [+see also:
trailer
interview: Alex de la Iglesia
film profile], being shown out of competition at the 2017 Berlinale, just a few weeks before it is scheduled to open the 20th Malaga Film Festival — a stepping stone to its release in Spain on 24 March.

With a set that encompasses the aforementioned tavern (named El Amparo after its owner), its vaults and the square in central Madrid where it is located, The Bar hems the viewer in between four walls, until we start to empathise with its unhappy customers, suffering the same anxiety, panic, confusion and desperation... shot through with slivers of pettiness, suspicion and paranoia. The clientele here is apparently comprised of fine upstanding citizens — there’s the hipster, the good girl, the businessman... But as everything starts to turn on its head, the gloves come off, the fangs come out and we start to see the shadowy flicker of forked tongues.

De la Iglesia has always been attracted to the savage and seedy underbelly of humanity and its tribes — Common Wealth or As Luck Would Have It [+see also:
film review
trailer
interview: Álex de la Iglesia
interview: Álex de la Iglesia
film profile] spring to mind, not to short-sell his superb earlier work, My Big Night [+see also:
film review
trailer
film profile]. In this film, he has chosen to work with a number of actors who audiences will recall from his previous films, including Mario Casas, Terele Pávez, Carmen Machi, Jaime Ordoñez and Blanca Suárez, whom he subjects to an inexplicable incarceration that lands them all, quite literally, in the gutter.

Just as Antonio Mercero imprisoned José Luis López Vázquez in The Telephone Box, a disturbing TV movie that rattled nerves in households across Spain in 1972, and which as children both De la Iglesia and Guerricaechevarría enjoyed immensely, the director of The Day of the Beast does the same here with his eight protagonists, giving them free rein to rip each other apart. The Bar presents us with a snapshotof contemporary society’s rampant self-regard, where an “eat or be eaten” attitude still looms over our lives, for all our supposed “advancement”.

With a frantic beginning (as well as some stunning opening credits) that will certainly get your attention, and a final scene that remains indelibly etched on the retina, The Bar doesn’t quite manage to maintain our full interest for the entire runtime, flagging a bit in the middle on account of its excessive length and ambition as well as de la Iglesia’s customary zeal for stuffing as much as he possibly can into his films. For nearly two hours, he serves up an inexhaustible procession of “tapas”: morsels snatched from The Thing, from recent Tarantino, from Luis Buñuel’s classic The Exterminating Angel, from Twilight Zone: The Movie... and it’s enough to give us indigestion. After all, tapas might help keep hunger at bay, but they have none of the substance of a good meal.

The Bar was produced by Pokeepsie Films and Nadie es Perfecto, in partnership with  Atresmedia Cine and Movistar+, and in co-production with Pampa Films.  Sony Pictures Releasing España holds the distribution rights, with sales being handled by Film Factory Entertainment.

more about: The Bar

BERLIN 2017: We interviewed Spanish director Alex de la Iglesia, whose latest film, The Bar, will have its world premiere at the Berlinale

The Spanish filmmaker, in conjunction with Sony Pictures International Productions and Amazon Prime Video, is serving as producer and art director on a series of horror and suspense flicks

The filmmaker’s feature debut is a thriller that boasts backing from Kiko Martínez, of Nadie es perfecto

Super Dark Times triumphs at the NIFFF in Neuchâtel

The American film by Kevin Phillips was awarded the prestigious “Narcisse” Award for Best Film at the 17th edition of the NIFFF. European films awarded include The Bar

The NIFFF announces another rich programme 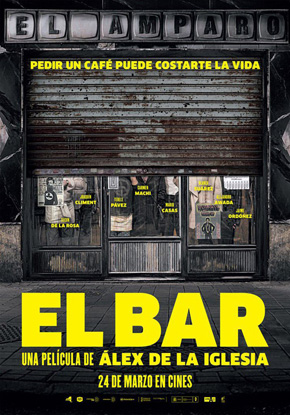 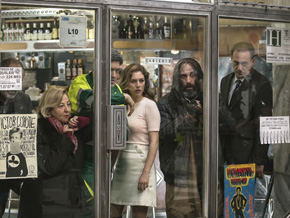 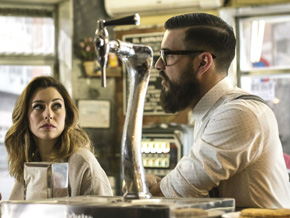