21/02/2017 - BERLIN 2017: Moroccan filmmaker Hicham Lasri continues exploring the themes of his country's history and its effects on the present

With his fifth feature film, Headbang Lullaby [+see also:
trailer
film profile], Moroccan director Hicham Lasri returns to the Berlinale Panorama section for the third time, continuing his series of surreal, psychedelic fairy tales. It started in 2014 with The Sea Is Behind, followed by Starve Your Dog in 2016, and now with Headbang Lullaby, he again addresses the themes of the history and people of Morocco, their societal and historical clashes, as well as the nature of the relationship between the establishment and the people.

In the summer of 1986, one day after Morocco makes history at the football World Cup in Mexico as the first African team ever to advance to the knock-out stage, a government official called Daoud (Aziz Hattab) is sent to secure a bridge outside of Casablanca that constitutes a border between two hostile communities, as an expected but uncertain visit of King Hassan II is set to take place. There, Daoud will have to deal with the peculiar local communities, but will also have to face the victims of the 1981 “bread riots”, which he took part in as a government guard.

While in the masterful Starve Your Dog, Lasri used the real-life personality of Interior Minister Driss Basri to tell a fictional story that explores the recent political history that eventually led to the Arab Spring, in Headbang Lullaby, the director opts for a smaller-scale story with completely fictional characters present during these historical events. He returns to his much-favoured topic of the 1981 riots, this time drawing a parallel between them, the 1986 football triumph and the overbearing presence of the monarchy. Within this triangle, Lasri places his key characters and themes.

The story shifts between a semi-paranoid provincial community governed by fear, an injured policeman in the care of a young woman, a child whose father was killed in the riots and his mother – who as outsiders must find a way to survive in this community – and finally, Daoud. All of them are victims of the king’s policies, but also of themselves. Loyalty to the establishment counters revolt, and national triumph engenders hope. In this case, Daoud is used as the representative of the state and its view of the people. As a man who serves authority, he is a continuation of Lasri’s well-established motif of the “dog”.

In Headbang Lullaby, Lasri forms a critical and somewhat satirical portrait of his people, which at times seems unforgiving. However, you still get the cohesive feeling of the love that he has for his country and its identity. As always, his visually stunning work is very relevant beyond its borders, as it deals with slave mentality, and nationalism and idolatry as means of subduing a nation.

While his latest film does not reach the heights of Starve Your Dog, Lasri is a filmmaker whom you can count on to blow you away with an exceptional visual style and immense insight. His background in theatre, literature, law and economics is always evident in his absurd and poetic films. With this new work, Lasri asks a question that is very relevant to us today: where does the fault for a country’s situation lie? With the government or with the people?

In the final sequence, Daoud manages to organise the locals to help push a broken-down van containing the dead body of a respectable old man. The dead man seems to represent the country’s noble past. Daoud calls for the driver to start the engine, to no avail. As the locals gradually give up, he asks them not to, and he and a boy from the village keep pushing. They must not stop. The country must keep going.

Projects by Claire Burger, Kamal Lazraq, Hicham Lasri, Julie Caty and brothers Paul and Gaëtan Brizzi steal focus on the agenda of the co-production market, which is unspooling online 17 - 18 November

The 17th Cinémamed will unspool from 1-8 December, screening almost 70 movies spanning all genres and showcasing the sheer diversity of films from the southern countries

BERLIN 2017: Moroccan filmmaker Hicham Lasri continues exploring the themes of his country's history and its effects on the present

CNC to the power of 16 at Berlin

The French film regulator supported 16 features co-produced with 20 countries that have been selected at Berlin, including four in competition

12 French (co-)productions headed for the Panorama

The section of the Berlinale will present 8 French fictions and 4 French documentaries, including films by Merzak Allouache, Marie Dumora, Hicham Lasri and Raoul Peck 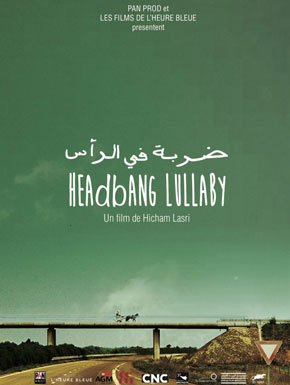 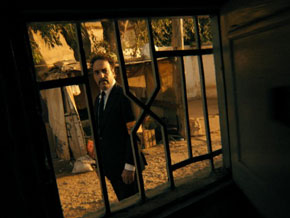 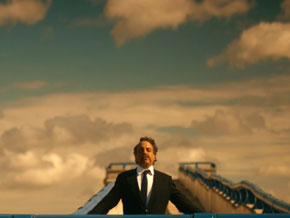 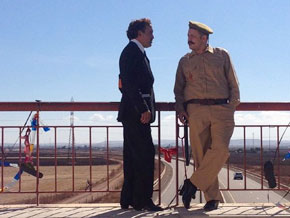