28/02/2017 - BERLIN 2017: Daniel Joseph Borgman's second feature film is a docu-fiction hybrid starring a real woman and inventing a love story for her

Pia Skovgaard is a 60-year-old woman with an undefined intellectual disability. She lives in a village in Denmark with her mother, Guittou, whose ageing is leading both of them to worry about how Pia will survive once she is gone. New Zealand-born director Daniel Joseph Borgman, who has been living and making films in Denmark since 2008, and whose first feature, The Weight of Elephants [+see also:
film review
trailer
film profile], premiered at Berlin in 2013, returns to the Berlinale’s Forum section with Loving Pia [+see also:
trailer
interview: Daniel Joseph Borgman
film profile], which takes its cue from the life of the real person, and creates a fictional story about what she professes interests her the most: romance.

Indeed, at the very beginning of the film, we see Pia daydreaming about controversial French politician José Bové. This device gives the viewer clues to Pia's profile, which may seem simple to grasp, but by the end of the film, we will find out that she is a much more complex personality than the introduction would have us believe. She spends her days taking care of farm animals, especially her favourite pet goose, Lola, and talking to her extremely patient mother, who both supports her search for romance and dissuades her more fanciful ideas – such as the one about Bové, which does pretty accurately outline what kind of man she desires.

On one of her frequent walks into town, she meets Jens, a plump, moustached middle-aged divorcé who has few friends, and we see him talking to his sister in the only two scenes that do not include Pia. She gets into a conversation with him as he is doing some work on his fishing boat. Soon, he invites her over and they spend long, fulfilling sessions engaging in conversations and getting to know each other. They decide to go for a day trip to Copenhagen, where their relationship will be resolved, for better or worse.

It is a very interesting film that Borgman has concocted, and the term “docu-fiction” does not really do it justice. It is definitely fiction, albeit derived from the characteristics of the real person. But it leads us to ponder two possible sides of the same question: how much of an actor is Jens (he is credited only as Jens Jensen, and his sister as Putte Jensen)? That is, how deeply does this fiction delve into reality? Or, how much does the device of making this film form Pia's reality?

There is plenty of food for thought there, but no less room for emotion. It is hard to stay cold at Pia's plight and not wonder how deep her thoughts and ideas run, and how they inform her feelings. Loving Pia uncovers more of the person concealed by our preconceived ideas about intellectually challenged people that we are almost conditioned to possess.

The visual style is another interesting story. Appearing as if it had been shot on 16 mm, with washed-out colours and sometimes sudden cuts, it is reminiscent of both home videos and amateur films that creative children might make. But it simultaneously possesses a very particular poetic dimension, one that walks a fine line between a melancholic present and an imagined nostalgia.

“Loving Pia is an adaptation of a person's life”

“Love without the potential for freedom becomes toxic and, ultimately, destructive”

We chatted to New Zealand-born filmmaker Daniel Joseph Borgman about the secluded, broken paradise depicted in his third feature, Resin

Daniel Joseph Borgman creates an eerie, claustrophobic paradise full of nightmares and folk tales as a 13-year-old hermit is held captive by her own family

BERLIN 2017: Daniel Joseph Borgman's second feature film is a docu-fiction hybrid starring a real woman and inventing a love story for her 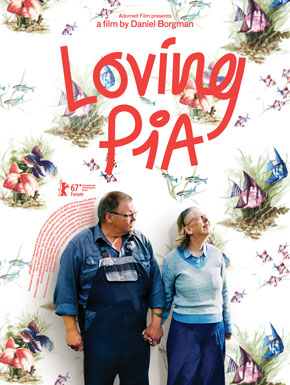 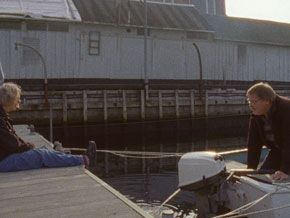 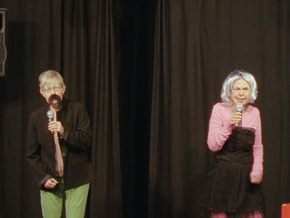 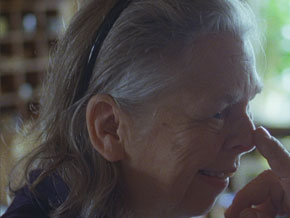 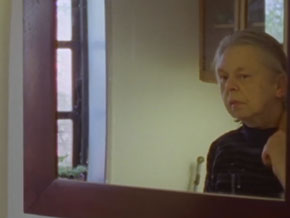