11/04/2017 - Nick Willing directs an intense portrait of his mother, Paula Rego, which reveals the life and work of one of the most prominent Portuguese painters

Portuguese-born, London-based painter Paula Rego is under the spotlight in Portugal this month with the premiere of Paula Rego: Secrets & Stories [+see also:
trailer
film profile].

Known for being fairly protective of her own privacy, Rego’s life is laid bare for the first time in this documentary directed by her son, Nick Willing, who uncovers stories from the painter’s eventful life, including her struggle against Portuguese fascism, her marriage to British artist Victor Willing, the misogyny of the art world and the depression she has suffered from.

With privileged access to family archives, Willing combines excerpts of old home videos and family photos with personal interviews spanning 60 years of her life and footage of Rego working in her English studio.

The result is a powerful immersion in the life and work of an artist born in Portugal - a place that her father once told her was no good for women. She eventually left the country with a scholarship to study in the UK. Once there, she became part of the late 1950s fine-arts scene in London, while also experiencing her sexual awakening. Totally outspoken about the prevailing mentality of those days, Rego assumes that she had a number of voluntary miscarriages until she finally became pregnant with her first daughter and decided to keep the baby. After a few years in Portugal, Rego, Willing and their now three children returned, bankrupt, to London to begin a new life.

Rego used her powerful paintings as a weapon against dictatorship before settling in London, where she continued to address controversial topics about the situation of women such as the right to abortion. In 1990, Rego created an impressive series of paintings on that theme in order to influence a “yes” vote in the Portuguese referendum to decriminalise abortion.

Success didn’t come immediately, though. Both Rego and Willing became big names only in the 1980s, and Rego produced her most thought-provoking body of work after Willing’s death in 1988, which opened up a path to a creative approach based on personal dramas, literary illustrations, perverse fantasies and shameful truths – some of them now revealed by an artist who, at 82, is already beyond shame.

The theatrical distribution of Paula Rego: Secrets & Stories is taking place in parallel with the opening of an exhibition in the city of Cascais and a carte blanche of ten films being shown at the Portuguese Film Museum, which includes titles by some of Rego’s favourite directors, such as Luis Buñuel, Walt Disney, Federico Fellini and Pedro Almodóvar.

Nick Willing directs an intense portrait of his mother, Paula Rego, which reveals the life and work of one of the most prominent Portuguese painters 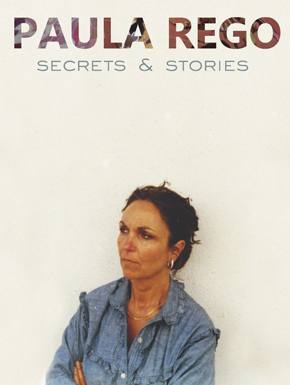 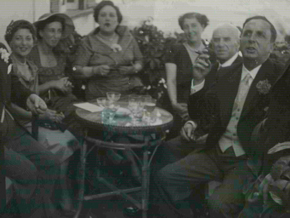 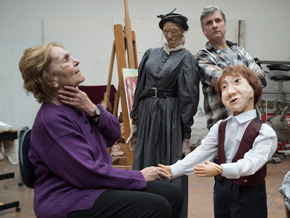 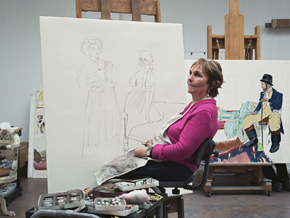 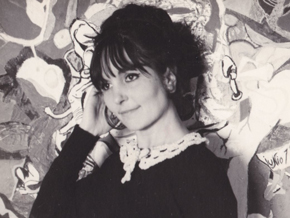 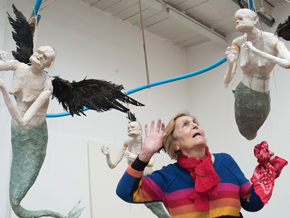