15/05/2017 - Ivan Silvestrini’s second film, a remake of an Israeli film, centres around two young strangers who plan to spend the night having sex, but can’t find a parking space

Getting to know one another, flirting, desire, and then revealing their respective flaws, fighting and finally starting over. Here the various stages of a relationship are condensed into one night, within the confines of a car. 2Night [+see also:
trailer
film profile] is the second feature film by Ivan Silvestrini (after Tell No One), a romantic indie film shot in just two weeks on a small budget (of €140,000), a remake of the 2011 Israeli film of the same name directed by Roi Werner.

Whilst the original took place in chaotic Tel Aviv, here the setting is Rome, on a Friday night. A girl approaches a guy in a club, provocatively sips from his glass, and asks him to take her home. We don’t know their names, but she is played by Matilde Gioli, the revelation of Human Capital [+see also:
trailer
interview: Paolo Virzì
film profile] by Paolo Virzì, whilst he is played by Matteo Martani, who we saw in La felicità è un sistema complesso [+see also:
film review
trailer
interview: Gianni Zanasi
interview: Valerio Mastandrea
film profile] and will soon see at Cannes in the cast of Redoubtable [+see also:
film review
trailer
Q&A: Michel Hazanavicius
film profile] by Michel Hazanavicius. And so begins a sort of road movie through the streets of the capital: the pair get in the car, and stay there for the entire film, right up until the break of dawn. Because whilst they intend to end the evening back at her place, it’s also true that in some areas of Rome, finding a parking space on a Friday night is practically impossible.

“Even the escapades of a single night have their poetic side, and it was nice to tell the story of this encounter without having to imagine their future together”, explains the director, class of 1982, who has just finished filming another film in the United States, Monolith [+see also:
trailer
film profile], a sci-fi thriller that also centres around a car. The fact that the pair is kept confined to the car forces them to get acquainted and reveal their true selves to one another. The never-ending roaming through the night of these two thirty year-olds becomes representative of an aimless generation with fluid relationships, with these two people far from home (she is from Milan, he is from Verona, so they are both strangers to this harsh and tangled city) who reverse the traditional roles (she is resourceful and brazen, he is shy and cautious) and don’t know what courting is, whilst they know only too well what YouPorn is.

The screenplay, which was adapted to an Italian setting by Antonio Manca, Antonella Lattanzi and Marco Danieli (who won the David di Donatello award for Best New Director this year for Worldly Girl [+see also:
film review
trailer
making of
interview: Marco Danieli
film profile]), could have explored a few more points of interest (the mysterious suitcase, for example, does not really live up to the expectations it creates) and every now and then the dialogue peters out, something which, for a film centering around two characters and set entirely in a car, can be problematic. Silvestrini’s direction is however dynamic, makes use of every possible angle and creates good atmospheric moments, supported by a generational pop-electronic soundtrack and an inspired pair of protagonists who make this film, which is just 74 minutes long, more than enjoyable for a young audience.

Unveiled last October in the Alice nella Città section of the Rome Film Fest, 2Night was produced by Controra Film in co-production with Jando Music and Mountfluor Films, in partnership with Rai Cinema and with the support of the Italian Ministry for Cultural Heritage and Activities and Tourism and the Lazio Region. It will be released in theatres on 25 May by Bolero Film; international sales are being handled by Intramovies.

Shooting kicks off in Rome on Leonardo D'Agostini's debut film, produced by Groenlandia with Rai Cinema

Ivan Silvestrini is set to direct a Mediaset and Mediaset España romantic comedy, which will be broadcast on Canale 5 and Telecinco from the end of 2018 to the beginning 2019

The debut feature by Augusto Fornari, out in Italian cinemas today thanks to Vision Distribution, is a light-hearted comedy with an excellent cast of young actors

The comedy is hoping to replicate the success of Notte prima degli esami ten years ago. The cast includes Claudio Bisio, Lino Guanciale and the young rapper Rocco Hunt

Ivan Silvestrini’s second film, a remake of an Israeli film, centres around two young strangers who plan to spend the night having sex, but can’t find a parking space

Marco Danieli, Pif, Fabio Mollo, Michele Vannucci, Davide Barletti and Lorenzo Conte, and Claudio Giovannesi are just some of the young auteurs being touted by Italian sales agents at the EFM

Indivisible to open the event showcasing 10 unreleased titles, with a special exchange session dedicated to networking between French distributors and sellers and Italian producers 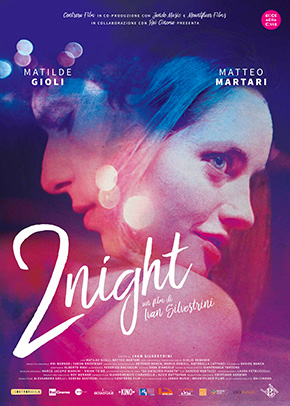 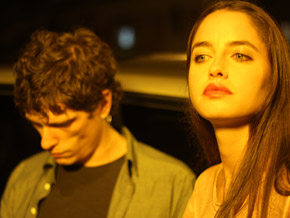 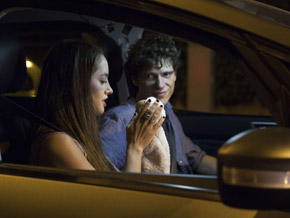