Ava: Getting out of the black circle

A packed beach with parasols, children playing, the water, the blue sky, the sun and a great big black dog roaming free in the middle of the crowd, stopping in front of a sleeping young teenager and staring at her until she wakes up with a jump, to then retrace its steps and disappear. In just one opening scene, with some beautiful framing and colourful light which is distinct and sensual, young French filmmaker Léa Mysius gives us an immediate feel for her world and sets the tone for her debut feature, Ava [+see also:
trailer
interview: Léa Mysius
film profile], which was very well-received today in Critics’ Week at the 70th Cannes Film Festival.

Without trying to be original at all costs, the director shows particularly smart boldness by washing the realistic and generally classical canvas of an awakening of desire in a young girl (which she captures remarkably acutely) with a myriad of elements borrowed from other film genres: a hint of melodrama as the heroine is on the verge of losing her sight at the age of 13, flashes of fantasy, the portrait of a family and a mother-daughter relationship, a pinch of the socio-political with fascist policemen lurking discretely in the background, and a dash of Bonnie and Clyde come Romeo and Juliet with a gypsy as the object of desire. A whole host of ingredients which are smoothly set into the film with some very skilful direction (most notably via a very sure sense of the suggestive power of scenery) against the backdrop of a world heading towards the brink of darkness.

"Your field of vision is going to get smaller, you’ll lose your night vision, and soon you’ll lose your sight." The analysis of the ophthalmologist is final and cruel for Ava (played by revelation Noée Abita), who is on holiday for 15 days by the sea with her mother Maud (played by the outstanding Laure Calamy) and sister, baby Inès. Caught in this spider’s web, this black circle relentlessly closing in on her, the teenager’s feelings and deepest desires, secret and violent, come racing to the surface in a diary she writes ("there are children playing in the garden. I want them to drown and for them to never be spoken of again") along with an attraction to a mysterious and laconic gypsy (Juan Cano) who lives in a cave under a blockhaus further along the beach where Ava goes sand yachting. Stealing the boy’s black dog to get used to life as a blind person, the teenager pushes the boundaries of a life that up until then had been very sensible.

Also very gifted in accurately portraying the truthfulness of family relationships and the intrepid uncertainties of adolescence, Léa Mysius (who also co-wrote the screenplay for Ismael’s Ghosts [+see also:
film review
trailer
Q&A: Arnaud Desplechin
film profile] by Arnaud Desplechin which opened this year’s 70th Cannes Film Festival) manages to quickly change register with extraordinary ease and make the most of the magnificent photography by Paul Guilhaume. And even though the final leg of the film, in which the young lovers try to escape from the police, is a little less amazing, Ava shows that this is without a doubt a brilliant young filmmaker to keep a close eye on.

Produced by F Comme Film and Trois Brigands Productions, Ava will be released in France on 21 June by Bac Films, which is also handling international sales.

"I wanted to cross-breed genres"

CANNES 2017: We met up with promising French filmmaker Léa Mysius, who has unveiled her feature debut, Ava, in competition in the Critics’ Week

Jour2Fête to tout A Son and Pompei at Venice and Toronto 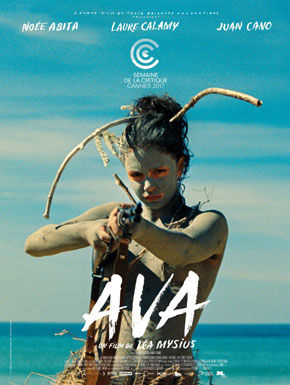 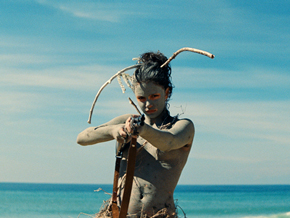 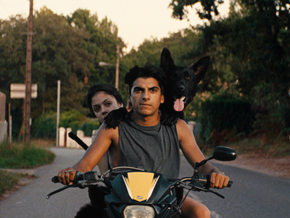 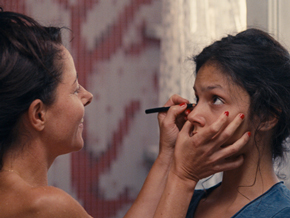 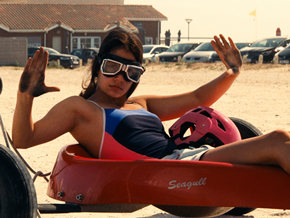 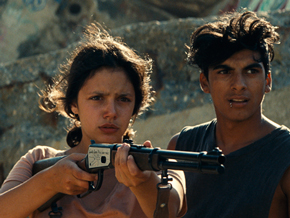 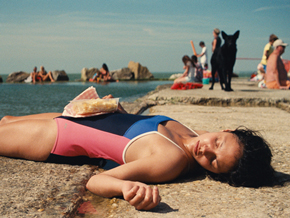