Before Summer Ends: A road movie with an indie touch

19/05/2017 - CANNES 2017: Maryam Goormaghtigh’s first feature film takes us through the sunny streets of southern France, between laughter and tears, sadness and hope

Swiss, French and Belgian director Maryam Goormaghtigh made her debut on the red carpet at the Cannes Film Festival this year thanks to her surprising road movie Before Summer Ends [+see also:
trailer
interview: Maryam Goormaghtigh
film profile], which won a grant for post-production in 2016 at the Entrevues Festival in Belfort and has now been selected, together with nine other films, for the alternative programming of the ACID. Spontaneity and generosity are the binding thread in a story dominated by our young filmmaker from beginning to end. Before Summer Ends emanates the sweet, intoxicating perfume of independent comedy – light and sophisticated that, nonetheless, does not succumb to superficiality. Her characters are real heroes of our times, confused and unstable, and take on life knowing that there might be no tomorrow. Nothing is permanent, everything is in constant (re)construction – this is what they seem to teach us with humour and a dose of ingenuity that is definitely regenerative.

Maryam Goormaghtigh travels through the streets of France with three thirty-something Iranians exiled in the country of Moliere. After five years of studying in Paris, Arash is still not used to his new life and plans to return home. Hoping to get him to change his mind, Hossein and Askan convince him to go on a road trip, which would be one last holiday in the sun. The marvellous images of beaches and landscapes capture with a delightful lethargy day and night, mildly philosophical dialogues and silences, doubts and (rare but powerful) certainties. What is it like to be an Iranian immigrant in France? What did our three protagonists give up to have this thing called “freedom”? Maryam Goormaghtigh is not looking to answer these questions; rather her aim is to offer food for thought and to initiate a debate with sensitivity and a fabulous helping of humour.

Before Summer Ends is a poetic film, as melancholic as it is euphoric, dominated by the majestic presence of Arash, Hossein and Askan. Maryam Goormaghtigh presents a moving portrait of three men who are not afraid to make fools of themselves, but quite the contrary – it is their greatest success. Our unlikely trio does not care about physical looks, about “being in fashion” or about techniques of seduction; what they care about is opening themselves to life, in spite of its difficulties, united by a seemingly eternal friendship. Male friendship is portrayed in the film with tenderness and irony: far, far removed from clichés. Here, masculinity stands more for sensitivity and euphoria and has nothing to do with superficiality or testosterone. The sometimes dense but never excessive dialogues in Farsi – language of mysterious and poetic sounds – become a character with a life of its own. Farsi represents an indestructible bond between the three friends and their birthplace: a kind of secret language that separates them from the world around them. The melancholy of a soul in exile is expressed through the poems recited by the three protagonists or in moments when the carefree nature of holidays opens the door to existential questions: How does what they were and what they are now coexist? Is it possible to say goodbye to your own country forever? Iranian landscapes overlap almost unnoticeably with French landscapes, as though reminding us that it is possible for these two realities to peacefully coexist. The amazing soundtrack reinforces this sentiment of the poetic fusion of two worlds that seem radically different. Maryam Goormaghtigh pushes us to believe that, deep down, we are all the same: imperfect humans searching of happiness.

more about: Before Summer Ends

"In life too, we spend a lot of time navigating between fiction and reality"

Interview with director Maryam Goormaghtigh, who enthralled audiences in the ACID section at Cannes with her light comedy road movie Before Summer Ends, released in France on 12 July

MyFrenchFilmFestival unveils its programme for 2018

The 8th online festival, organised by UniFrance, will be accessible from 19 January-19 February on 50 platforms around the globe

Barbara, See You Up There, Félicité, Orphan and C’est la vie! are also vying for the Best Film Award 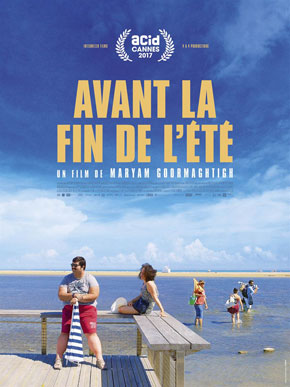 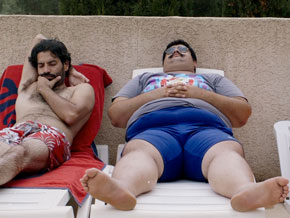 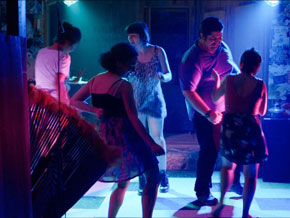 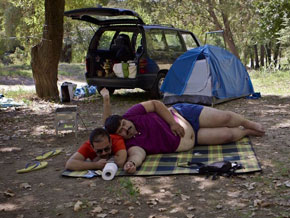 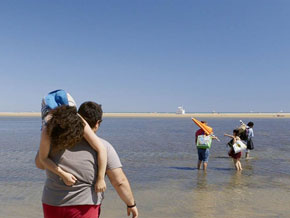 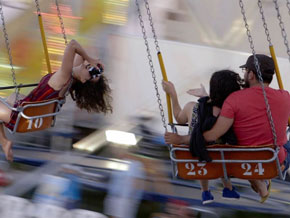