20/05/2017 - CANNES 2017: Robin Campillo delivers a masterful, radical, moving and brilliantly directed film set amidst a group of activists belonging to the Parisian branch of Act Up

“Ignorance is your enemy; knowledge is your weapon.” With BPM (Beats Per Minute) [+see also:
trailer
interview: Arnaud Valois
interview: Robin Campillo
film profile], Robin Campillo immersed the audience of the competition at the 70th Cannes Film Festival in a barrage of slogans, strategic discussions and hard-hitting actions, all set in a context where the sheer urgency of raising awareness is a matter of life and death. He has thus made an exceptional debut taking part in the quest for the Palme d'Or for the first time, after he revealed his potential at Venice with his two first features as a director, They Came Back and Eastern Boys [+see also:
trailer
interview: Robin Campillo
film profile]. With this, his third opus, the co-screenwriter and editor of virtually all of Laurent Cantet’s films has clearly reached a level of mastery where his immense sense of human empathy is now in perfect harmony with a political will to fight against indifference in an enthralling and often poignant whirlwind of a film that displays smooth, rigorous and inventive direction.

“We don’t have time; we’re dying.” We’re back in 1992, France (the European country that was the most severely affected at the time) is being ravaged by AIDS, and those people who are HIV positive are doing their best to live with the brutal side effects of AZT. Founded three years prior, the Parisian branch of Act Up is organising shock action after shock action to lend the subject more visibility and encourage faster progress to be made in terms of research and prevention: spraying spineless corporate types with blood pouches, invading labs to ratchet up the pressure on pharmaceutical groups following their own economic interests, bursting into schools to convey the message of protected sex in the most direct way possible, and calling on the media to condemn the stereotype that the only ones affected by the epidemic are homosexuals, drug addicts, prostitutes and prisoners. Through a small group of ten characters of iconic activists played by Nahuel Perez Biscayart, Arnaud Valois, Antoine Reinartz and Adèle Haenel, Robin Campillo (who wrote the screenplay with Philippe Mangeot) intelligently sets out the day-to-day reality of this battleground where tactics, and even disagreements, are addressed in a discussion group (with the most radical ones being in direct conflict with the lobbyists and negotiators), where actions are carried out with an ultra-professional intensity and efficiency, and where solidarity, a sense of humour and the party spirit are all the more present as death and despair lurk around the corner. And that’s not to mention the love affair between Sean and Nathan, which gradually becomes the backbone of the film.

Superbly edited by the filmmaker himself, who draws on a massive variety of techniques and resources (sublime transitions, archive material and so on), and who strikes a perfect balance between painting a portrait of the group and one of the particular individuals who form part of it, BPM (Beats Per Minute) is simultaneously a very well-documented tribute giving a face to these fighters confined to the shadows, and a sensitive work that is as modest as it is immodest when necessary. The cinematography by Jeanne Lapoirie illuminates an ensemble that is dramatically very strong, but which doesn’t overdo it, being content to depict a reality that really speaks for itself. And the film even covertly opens up broader horizons: “As in every war, there are collaborators, profiteers, and others who fan the flames of hatred and discrimination. We must join forces to fight the epidemic, build a community and come up with positive actions.” This message is put into perspective by another fleeting remark that reminds us that the French Revolution of 1848, which led to the overthrowing of the country’s July Monarchy, started off with only around 50 demonstrators.

Produced by Les Films de Pierre, BPM (Beats Per Minute) will be distributed in France by Memento Films from 23 August. Its international sales are handled by Films Distribution.

more about: BPM (Beats Per Minute)

CANNES 2017: Robin Campillo talks about the origins of BPM (Beats Per Minute), which was very well-received in competition at the 70th Cannes Film Festival

We caught up with Laurent Dutoit, of distribution company Agora Films, to discuss the main challenges of the Swiss market and the current situation

Spring Blossom to grace the Luxbox line-up at Cannes Online 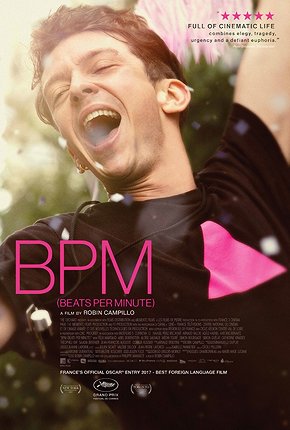 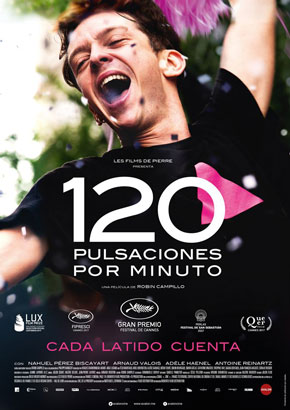 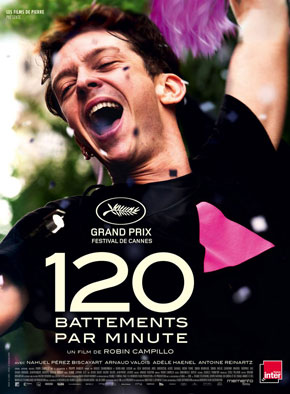 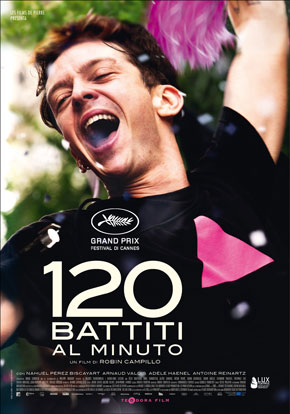 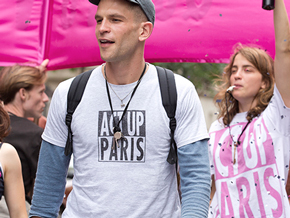 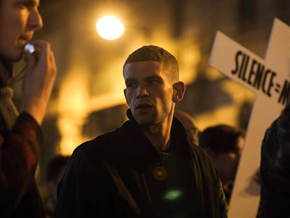 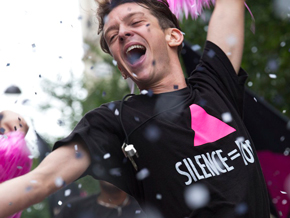 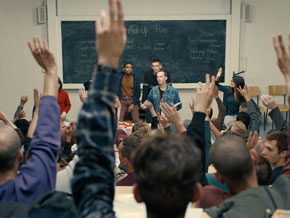 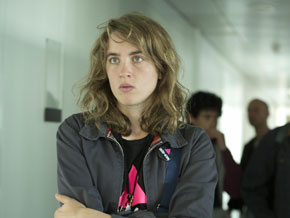