The Workshop: A masterful film that teaches us a lot

23/05/2017 - CANNES 2017: Starting with a story about a writing course, Laurent Cantet takes us by surprise by broaching a subject matter of deeply moving urgency and seriousness

A high school class (that in The Class [+see also:
film review
trailer
interview: Carole Scotta
interview: Laurent Cantet
film profile]) won him the Palme d’or in 2008 and an Oscar nomination, and now Laurent Cantet is back at the Cannes Film Festival, in Un Certain Regard, with The Workshop [+see also:
trailer
interview: Laurent Cantet
film profile], a film that is truly stunning in the way it calmly broaches, without any grand sleights of hand and with remarkable nuance in the context of a writing course given to a small group of mixed-race students, a subject matter that is one of the most serious of our time.

The main point of elegance of the film is its ability to stick close to the action, giving it a complete sense of urgency and universality, in keeping with the Aristotelian unities. Indeed, the story unfolds within the relaxed context of a crime novel writing workshop held in a garden in the summer in La Ciotat, by a novelist in residence there by the name of Olivia (Marina Foïs), for a small group of young adults from a variety of backgrounds, who are all there for different reasons. Starting with this simple literary premise, the screenplay, co-written by Cantet with Robin Campillo (his co-screenwriter for The Class, who is himself competing this year at Cannes with 120 battements par minute [+see also:
film review
trailer
interview: Arnaud Valois
interview: Robin Campillo
film profile]) explores the following underlying issues:  the relationship between reality and fiction, the moral stance of the writer, critical thinking and above all, how a loss of this (which is neatly placed in parallel, incidentally, with the fate of the famous port town where the story takes place) affects the world we live in so cruelly, in such a way that teachers and passers-on of knowledge like Olivia have a mission, the importance of which stretches far beyond the walls of their classrooms.

It gradually becomes clearer and clearer that the murder our little group is tasked with solving could well be the terribly tragic one of critical thinking, whilst the modest enterprise of collective creation we see play out before us gives rise to dynamics and stakes that are a lot more pressing and topical, elevating the tone and dividing the students: the deepest aspirations of each individual – and their cross-checking of these with an existential horizon that is universal to the entire human race, beyond determinations -, people’s ties with the past, their ability to find common ground and look beyond the differences of all kinds that set them against one another, and then the recent wave of attacks, violence, the reasons for possible wanting to commit violence against others.

The catalyst for all these issues and the impassioned opinions they provoke is a character who is both docile and indescribably unsettling, terrifying even (that’s what we get from the look on Olivia’s face anyway), who quickly gets on the wrong side of the rest of his classmates. He’s called Antoine, a solitary boy who’s a little too caught up in the world of war video games and has grown up in a fiercely right-wing context, without actually transpiring this rage that is clearly directed at the target of this type of ideology – incidentally Antoine points his gun at the moon just like he points it at his blonde and blue-eyed teacher, with the most shocking indifference. It is in this absence, this formidable openness that Camus first dared to present in all its brutality and unmasked, that all the aforementioned issues come together, but as opposed to The Stranger, which shakes us without restraint, The Workshop has a discrete glimmer of hope capable of countering the dazzled murderer.

Given that its story unfolds in a town known for its shipbuilding, The Workshop is without a doubt an extremely accomplished, strong and brilliant film. Produced by Archipel 35, it is being sold internationally byFilms Distribution.

more about: The Workshop

An encounter with French filmmaker Laurent Cantet to talk about The Workshop, shown in Un Certain Regard at Cannes, and which is arriving in French theatres on 11 October

Émilie Dequenne and Galatea Bellugi lead the cast of the French director’s second feature, which is steered by Zadig Films 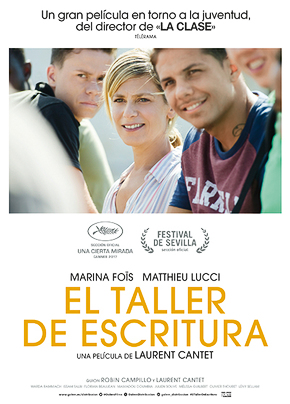 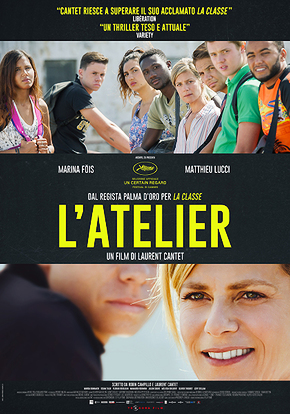 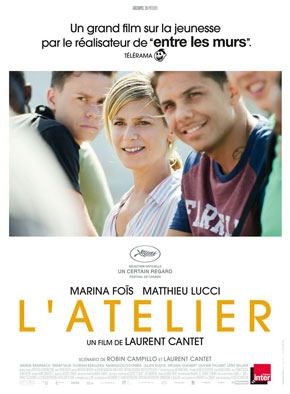 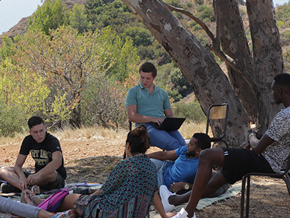 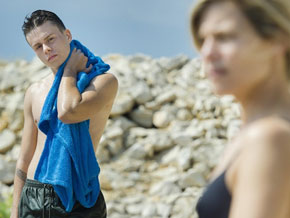 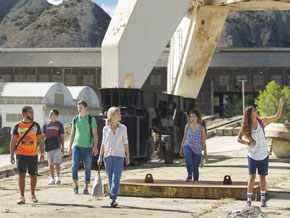 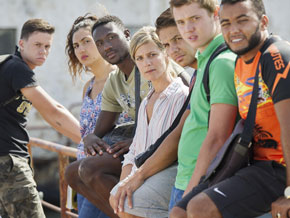 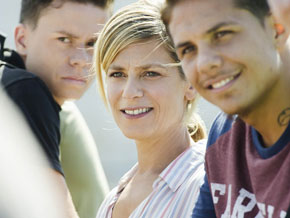