24/05/2017 - CANNES 2017: Sri Lankan filmmaker Jude Ratnam lifts the veil on the ghosts of the conflict between the Sinhalese and the Tamils and the by-product that is the separatist Tiger guerrillas

"How did our hopes turn into such cruelty?" It is this very good question, by going that Sri Lankan director Jude Ratnam found himself facing when he went through the ethnic looking glass in his documentary Demons in Paradise [+see also:
trailer
film profile], associate produced by the French company Sister Productions and unveiled in a special screening as part of the official selection of the 70th Cannes Film Festival. It is worth recalling, incidentally, that on this very Croisette, back in 2015, Jacques Audiard explained that he chose Sri Lanka and the guerrilla Tamil Tigers as a point of departure for Dheepan [+see also:
film review
trailer
Q&A: Jacques Audiard
film profile] because few people in Europe knew exactly what it was all about. And now with Demons in Paradise,no one can ignore the two dark sides of a conflict in which demonstrations of hatred by the Sinhalese majority against the Tamil minority have turned into a 30-year-old armed battle during which, moreover, the leaders of the oppressed have also become oppressors of their own brothers.

Jude Ratnam carries out this clinical operation of painful self-criticism in two strokes, first of all by addressing the root of the evil, the indirect legacy of colonialism. "Don’t speak Tamil, if you do they’ll kill us": these words uttered by his mother in 1983 during the Colombo riots, when the filmmaker was aged just five, remain burned on his memory to the extent that even today, hearing his own son speak Tamil makes him feel uneasy: "I feel like people are watching him".

Recounting the escape back then of the Tamils ("crossing a road was like crossing an ocean, a continent: we were scared") and the consequences of the terror on the mental health of his uncle’s mother, Ratnam then focuses on the latter, who participated in the armed struggle and serves as the main witness in the film, which shifts to Jaffna, the "homeland of the Tamils". He then launches into a detailed account of the internal struggles between the various Tamil factions, in particular the acts of violence by the Tigers: "they killed those who opposed them one by one", "they wanted to create a pure State and eradicate the impure". He recalls public executions, which are clearly troubling memories: "it was here than they burned boys in tyres", "anyone could end up here for no good reason", recalling torture methods involving an iron. Looking at history through a personal account, the documentary carries out its catharsis above all through the moving soul-searching of the director’s uncle, and gives us a intense meeting around a fire of former guerrillas who revisit their past misdemeanours without burying their heads in the sand or bragging about them. Filmed over several years, Demons in Paradise is also a potentially dangerous piece for its writer, who has gone against the tide by clarifying things from both angles and fighting the widespread phenomenon of voluntary oversight. A piece that turns the spotlight on all the ghosts that haunt the country, a painful task that is both commendable and absolutely essential, as "almost all traces of the war have been erased, but the fear has merely been hidden".

Produced by France and Sri Lanka, the film is being sold internationally by Upside Distribution.

more about: Demons in Paradise

CANNES 2017: Sri Lankan filmmaker Jude Ratnam lifts the veil on the ghosts of the conflict between the Sinhalese and the Tamils and the by-product that is the separatist Tiger guerrillas

The hunt for the Palme d’Or is on 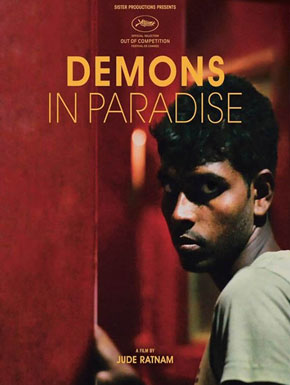 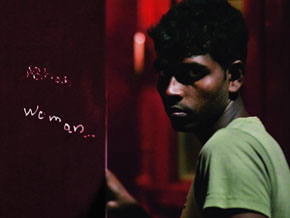 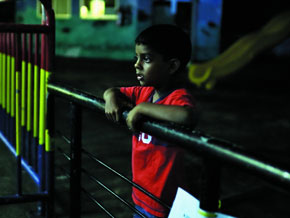 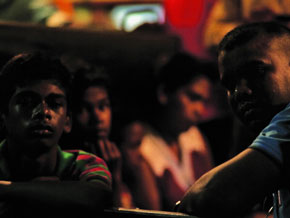 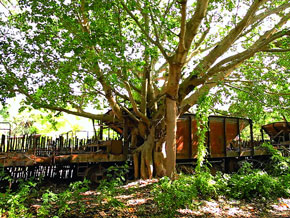 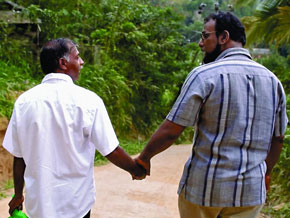