The Nothing Factory: A melding of class struggle and musical comedy

26/05/2017 - CANNES 2017: In a procession of chronological tableaux, Pedro Pinho depicts the vagaries of a battle doomed to failure, waged by the employees of a lift factory

To watch The Nothing Factory [+see also:
trailer
interview: Pedro Pinho
film profile] is to experience something genuinely new in cinema. Directed by Portuguese filmmaker Pedro Pinho (his first full-length fiction effort, produced by the prolific Terratreme, which he and five colleagues founded in 2009), the film was a last-minute addition to the line-up for the 49th Directors’ Fortnight at the Cannes Film Festival. A curious mix of frugality and exuberance, The Nothing Factory plucks liberally from the full range of devices supported by fiction (aesthetic, visual, auditory and sometimes musical — Pinho offers us a number of memorable scenes straight out of musical comedy), and yet the impression left by this hyperreal, immersive experience is of film that is almost a documentary at heart.

All its poetry and pragmatism is condensed into the title, taken up at the end of the film as a sing-song litany (“doing nothing...doing nothing”) that vaguely brings to mind the melodic existential idleness of Anna Karina in Pierrot, le Fou. It makes us realise that we are in the company of a director in full command of his craft — an unmistakably Portuguese filmmaker who represents his country’s troubled social and economic climate through a kind of panoramic collage. Unlike Miguel Gomes’ Arabian Nights [+see also:
film review
trailer
interview: Miguel Gomes
film profile] trilogy,however, Pinho’s film is underpinned by a strong narrative thread that gives it a solid sense of continuity. This is hardly surprising, given that The Nothing Factory was inspired by a true story, a real-life experiment in self-management embarked upon by employees at a local factory belonging to a famous lift manufacturer. It’s a narrative engine of such evocative metaphorical power, with mechanical ups and downs taking the place of human footsteps, that we can’t help but admire the capacity of reality to surpass the inventive powers of fiction.

This linear narrative draws us right into the world of the workers, and we stand shoulder-to-shoulder with them until the end, as if hypnotised, to the steady, hammering beat of machinery. This insistent rhythm is offset by the hubbub of the epicentre of the action, in all its seriousness and disarray. The workers have just discovered that the company has been secretly dismantling this moribund industrial complex overnight. Over the course of almost three hours, we follow the various phases of their herculean efforts to take control of the situation, alternating with snippets of their day-to-day lives (partners, families, etc.). We come to feel in an almost physical sense the question at the centre of the numerous ideological debates strewn through the plot: the role of work in our lives, the way it can take us over to the point that any other everyday activity must give way to the need to deal with a workplace emergency, and its power to sustains us, as the space in which true fulfilment can be found.

The absurdity of the mise-en-scène interlocks with the absurdity of the totally meaningless arguments of the managers (who fallaciously invoke the “common interest” of the company and its staff, as if we were still living in the long-vanished world of family industry), of the way that a person’s work has become devalued (at a time when our lives have never hinged more desperately on the need to have, keep or find a job), of “commodity fetishism” and of pitting personal convictions against practical imperatives. With The Nothing Factory, Pinho offers us the opportunity to hear voices that globalisation has largely silenced, silencing their diversity at the same time. The director presents us with an earnest social commentary that refrains from moralising, a pragmatic exposition stripped of any airy fantasies about the true fate of factories like the one that appears in the film. It never slides into world-weariness, however, thanks to that magical and enduring spark, the inspiration for the bursts of song and dance sprinkled throughout the story: the spark of humanity.

International Sales for The Nothing Factory are being managed by Memento Films International.

more about: The Nothing Factory

CANNES 2017: We met up with Portuguese filmmaker Pedro Pinho to discuss his first full-length fiction effort, The Nothing Factory, presented in the Directors' Fortnight

Watch on Cineuropa: Prisoners - Unforgettable films on our fight for freedom

Eager to be inspired? Ten new films about our right to be free: enjoy them on our pages!

Watch on Cineuropa: Five films we can use to think of a new world

For the fourth instalment in our Watch on Cineuropa series, we select five new indie stunners for you to watch on our pages

This year’s edition of FEST inaugurated the Director’s Hub, a two-day event homing in on a range of issues relating to film directing, through discussions and case studies 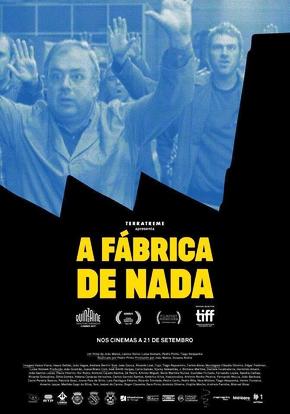 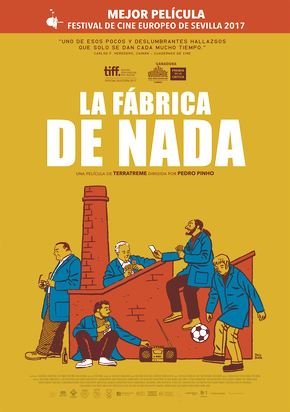 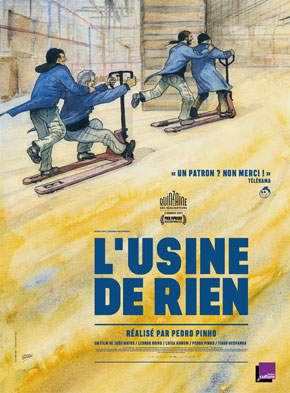 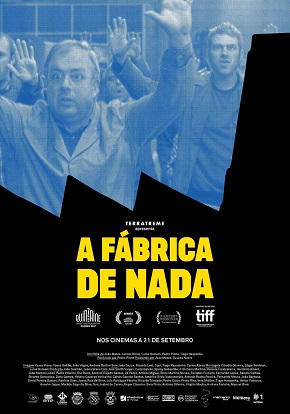 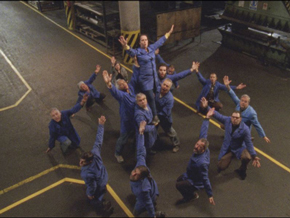 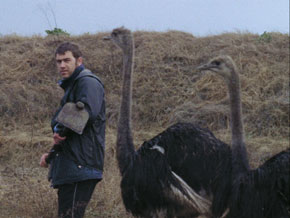 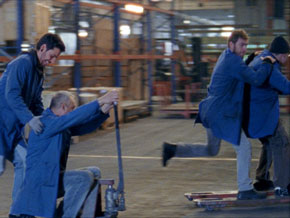 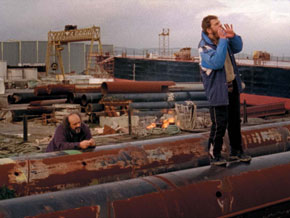 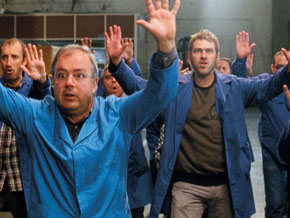