I Am Not a Witch: The ordeal of a young African girl set against the tone of satire

28/05/2017 - CANNES 2017: Rungano Nyoni bewitches the Croisette with her debut feature film, a tragic tale which is portrayed magnificently in which the absurd easily moves us to tears

It is because her debut feature, I Am Not a Witch [+see also:
trailer
interview: Rungano Nyoni
film profile], sets magnificently-put-together, colourful and poetic images that we could easily make a photographic exhibition out of against an impeccable screenplay, and because by adopting the ton of an absurd fairytale, and almost mischievous humour which, astonishingly, doesn’t border on indecency for a single moment, that Zambian director Rungano Nyoni, who grew up in Wales, manages to tell a poignant tragedy without going for easy tears, receiving a triumphant reception from the audience at Directors’ Fortnight at the 70th Cannes Film Festival.

Her talent as a screenwriter and director, here revealed in all its glory, didn’t go unnoticed at all before she threw herself into feature film: her short films won her a number of prizes and prestigious nominations, as well as the support, for I Am Not a Witch, of the Cinéfondation and several other European funds. The story of the film, or rather the premise she decided to use as a backdrop against which to weave her marvellous plot, came from her country of origin, where witch camps still exist, and aren’t about to disappear, as a result of old beliefs as terrifying as they are bizarre, which alas have thick skin. Without detracting from the horror of this phenomenon, Nyoni decides to use her fictional film to emphasise its absurdity, leaning most notably on shifts (visual, sonorous, symbolic, referential shifts) which highlight the hopeless archaisms of modern-day Zambia in a striking way.

The heroine whose tragic destiny we follow here, Shula, is a nine-year-old girl who is arrested for being a witch and "detained" in a camp where the walls are made from thin white ribbons blowing in the wind that are attached by a yoke to the backs of women (generally adults) who have been established as witches with absolute certainty – or rather, in a way that is completely capricious but stems from superstitions that are too deeply rooted in local culture to give way to common sense, humanity and reason, a contradiction marvellously symbolised by these light yet weighty strips of fabric, as any witch who decides to untie themselves irrevocably leaves themselves open to be cursed and turned into a goat. Shula, whose face often bears no expression, as if petrified, reflects total powerlessness (accentuated by brief moments in which she lets slip, with a word or expression, all the innocence of her tender age), as she carries the weight of the world on her little shoulders. As soon as her "guilt" as a witch is demonstrated to the authorities (in a scene revolving around a witness statement bearing completely crazy truths in which one man who still has all his limbs tells a female cop, who isn’t so wet behind the ears, that Shula ripped one of his arms off), this all-too-young martyr is exploited without any trace of compassion or any other intention, with an inhumanity that is all the more absurd as it is carried out with cheerfulness and the total conviction that it is legitimate – like a character in a suit who acts as a booking agent and takes her on television to showcase the miracles everyone expects from them, hardly hearing this little question ventured in passing: what if it’s just a child?

Among the many deadpan shifts glorifying the totally incredible dimension of this vast circus (also thinking of the scene in which a British tourist stands without batting an eyelid before the small prisoner as if she were at the zoo), is the shift in the soundtrack, which alternates between furious Vivaldian bow strokes, abstract jazz, varietoche tracks and even the song "Old MacDonald Had a Farm", is particularly delicious. And so, it is on the trendy notes sweeping dance evenings everywhere ("American Boy" by Estelle), that we discreetly experience the most harrowing moment of the film. And if that isn’t brilliant …!

Produced by the United Kingdom (Soda Pictures) and France (Clandestine Films), and co-produced by Germany (unafilm), the film is being sold internationally by Kinology.

more about: I Am Not a Witch

We spoke to Rungano Nyoni about her feature debut, I Am Not a Witch, which is unspooling at the London Film Festival after premiering at Cannes

Watch on Cineuropa: The power of your skin – ten films on race, exclusion, and cultural shocks

"Co-producing is often seen as a challenge with the UK"

British producer Emily Morgan, selected as one of the 2019 Producers on the Move, discusses her work for her outfit Quiddity Films 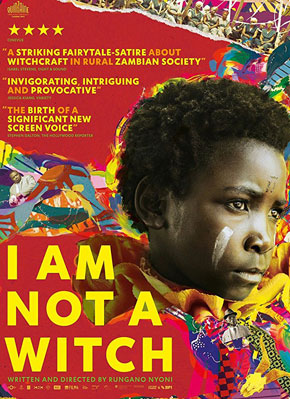 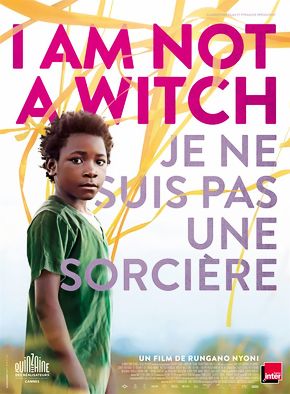 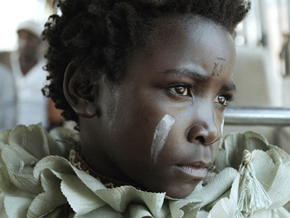 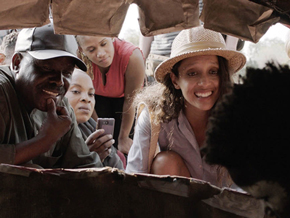 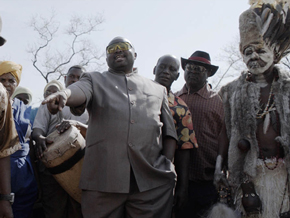 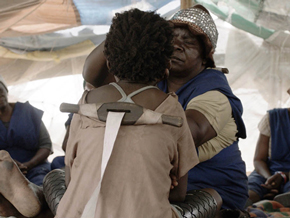 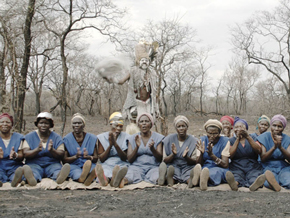