CANNES 2017 Out of competition

Review: Based on a True Story

01/06/2017 - CANNES 2017: The master filmmaker brings us an (excessively) solid psychological thriller about a fragile woman, based on the bestselling novel of the same name by Delphine de Vigan

Emmanuelle Seigner and Eva Green in Based on a True Story

The 69th edition came to a close with the outstanding Elle [+see also:
film review
trailer
film profile] by Paul Verhoeven. To wrap up its 70th edition, the Cannes Film Festival held an out-of-competition screening of a film in which the most unsettling character makes people call her L. We’re talking about the latest film by Roman Polanski, Based on a True Story [+see also:
trailer
film profile], which is based on the bestselling novel by Delphine de Vigan, and takes the same title (it was adapted with Olivier Assayas). Starring in the main roles of the film, those of the writer Delphine and her new “friend”, a ghost-writer for stars (who is also her double, her neighbour, her persecutor, etc.), are Emmanuelle Seigner and Eva Green.

The film opens with a signature scene in which reality and fiction are blurred straight away by the emotional reactions of the readers, along with a dissociation between the figure of the writer and the woman. This subtle play (through its literary and psychological implications) on the motif of a person being divided in two, which was also at the heart of the book, continues and develops as the film progresses, thanks to the appearance of L., who takes hold of and manipulates Delphine more and more as time goes by, under the pretext of encouraging her to produce the “hidden book” she carries inside her.

What strikes us fairly quickly is that this young woman, who suffers no embarrassment (and represents a sort of “it” with no moral barriers, who satisfies her desires and addictions without thinking twice), doesn’t even worry about meddling in her life surreptitiously: on the contrary, she openly pilfers the identity of Delphine (she passes herself off as her not only physically, at a conference, but through the more personal and usually impregnable means of electronic communications as well, which she starts managing unbeknown to Delphine, signing on her behalf), including her identity as a writer, as she, this other self, even steals the subject matter of her next book.

It is on this implausible dimension of usurpation (too extreme, too easy) that the film rests, playing rather pleasantly on the gullibility of the fragile character played by Seigner in the face of the brazen cunning of Eva Green’s character, who almost seems to try to be unmasked, as she really pushes the boundaries: intoxicated by her impunity, enjoying her vicious audacity, she goes so far as to facetiously threaten, when Delphine breaks her leg on the stairs by accident (or not), to  “break the other knee”. The irony of the situation reaches its peak when Delphine starts taking notes on L. for her next book, sure that it’s her that’s doing the fooling.

And so, while Polanski chooses not to give an explicit answer to the question of what happens to Delphine, he gives us an idea, playing on the enormity of the relationship between the two women and the blindness of the writer taken hostage (a fact effectively conveyed by the well-coordinated performances of the two actresses), multiplying ostentatious clues like L. does (right down to the writing on Delphine’s T-shirts), perhaps excessively, as if the invisible were giving it up in the absence of any visible signs, and above all without all the finesse and disturbing suggestions we know the director of The Tenant and Rosemary’s Baby to be capable of.

The great Polish filmmaker, whose recent films include The Ghost Writer [+see also:
trailer
film profile], Carnage [+see also:
trailer
film profile] and Venus in Fur [+see also:
film review
trailer
interview: Roman Polanski
film profile], is not new to the art of literary adaptation, and blurring the line between invention and reality, tales and truth, and whilst he has been rubbing shoulders with French writers for a while now, it is regrettable that he has adapted Delphine de Vigan’s book so sensibly here, without adding anything truly novel to her original novel.

Produced by WY Productions (France) and Monolith Films (Poland), Based on a True Story will be distributed in France by Mars Films and is sold internationally by Lionsgate.

more about: Based on a True Story

Julien Guetta about to start principal photography for Roulez jeunesse

Eric Judor, Laure Calamy, Brigitte Rouan, Philippe Duquesne and Déborah Lukumuena are among the cast of this SRAB and Rectangle production being sold by Le Pacte

Review: Based on a True Story

CANNES 2017: The master filmmaker brings us an (excessively) solid psychological thriller about a fragile woman, based on the bestselling novel of the same name by Delphine de Vigan

The Square will be vying for the Palme d'Or, Polanski will be included out of competition, and The Summit will be showcased in Un Certain Regard

The mysteries of the Cannes selection

It’s still anyone’s guess, but here are a few leads one week away from the unveiling of the official selection of the 70th Cannes Film Festival (17-28 May)

Favourites, outsiders, likely bets and possible candidates: we help you navigate the jungle of potential hopefuls for the 70th Cannes Film Festival (17-28 May 2017)

Roman Polanski readying Based on a True Story

Shooting will start in November, with Emmanuelle Seigner and Eva Green among the cast of this adaptation of the novel by Delphine de Vigan, co-written by Olivier Assayas 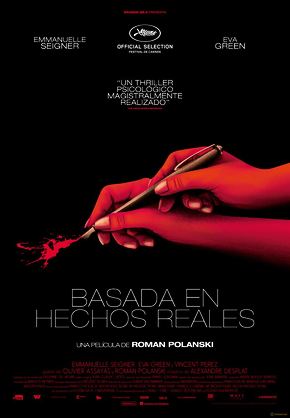 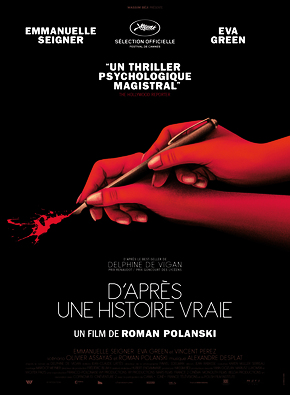 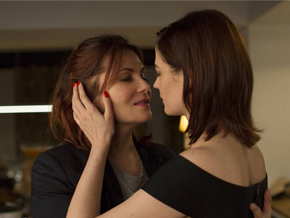 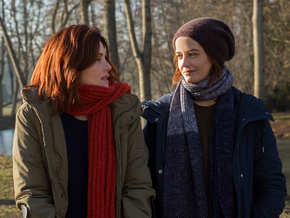 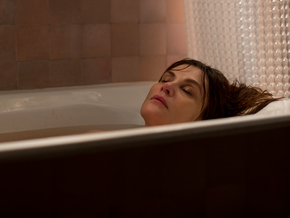 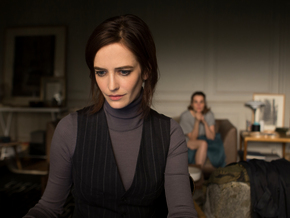 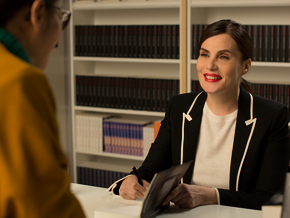 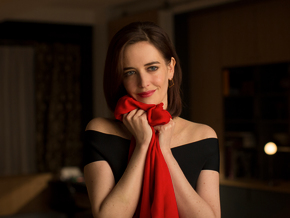 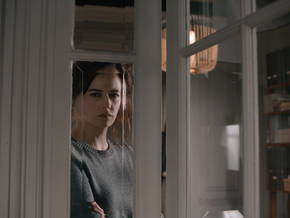