The film starts with an impressionistic segment, showing its teenage protagonist, Alban (Jason De Ridder), engaging in one of his numerous fist fights. Rizvanolli frames this scene as if it were shown from the point of view of the other boy, lying on the ground and receiving punches, in a blur of hands and their classmates’ voices.

Alban is the son of Zana (Adriana Matoshi, from Babai), a refugee from Kosovo who has found a new home in Amsterdam and is employed in a flower shop. Unable to understand what drives her son, who was born after she arrived in the Netherlands, to such aggressiveness, she finds him a job with a local bicycle shop owner, Rudi. There, Alban will meet Ana (Niki Verkaar), the daughter of another refugee from Kosovo, except that her father is Serbian (played by Rizvanolli himself). Of course, he is against their relationship, and so is Zana. But neither of the pair in love feels any belonging to their parent's warring nations – they consider themselves Dutch, and these old Balkan quarrels are completely foreign to them.

When Zana's mother dies, she takes Alban to Kosovo, and there we learn why she is an outcast from her family. But by the end of the film, deeper and more tragic secrets will be unveiled.

Rizvanolli's approach is quite straightforward narratively speaking, except for a crucial flashback near the end, and it is probably the best decision for such an array of delicate topics. The contrast between Amsterdam and Pristina is well exploited, both visually and emotionally, and special attention was clearly paid to two different camera styles by Danny Noordanus: the aforementioned impressionistic one with skewed angles and close-ups on one hand, and clean-cut medium and wide shots on the other.

Young De Ridder is a talent to watch, and the decision to cast a Dutch actor in the main role pays off on more than one level. Alban does not feel like a Kosovar, and he does not speak the language either – in most of the dialogues with Zana, she speaks Albanian and he talks in Dutch. It serves to show that perhaps the only chance for the two forever-conflicted nations to achieve peace is on the smallest of micro levels: only if their members are hardly aware of their heritage. And the Netherlands may be one of the rare places where this is possible.

KARLOVY VARY 2017: We caught up with Kosovar director Edon Rizvanolli, who is in the East of the West Competition with his first feature film, Unwanted

Egypt will soon be in the sights of moviegoers and professionals, as the country’s capital hosts the 39th edition of its film festival, where many European movies will be angling for awards

Kosovo plumps for Unwanted for the Oscars 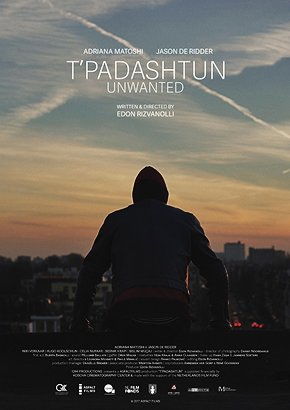