Absence of Closeness: A convincing portrayal of an unsympathetic family

05/07/2017 - KARLOVY VARY 2017: Czech writer-director Josef Tuka's feature debut is a well-crafted film that does not make excuses for its selfish characters

Jana Plodková in Absence of Closeness

Czech filmmaker Josef Tuka's first feature film, Absence of Closeness [+see also:
trailer
interview: Josef Tuka
film profile], which world-premiered in Karlovy Vary's East of the West competition, is an unorthodox family story in which the director shows a level of understanding for its unsympathetic characters, and how they came to be the way they are.

Hedvika (Jana Plodková) comes to the house of her middle-aged mother (Anna Cónová) with her infant daughter Adelka and dog, after another failed relationship with a married man – the child is also a product of one such affair. But if she was hoping that her mother would welcome her with a warm hug, she is wrong. Mother is an ice-cold, successful businesswoman with a decades-long grudge for her deceased husband, who put the whole family in danger with his political dissent in the 1980s, and this emotion seems to extend to their daughter as well.

Hedvika is not much warmer towards her own daughter either, which does not come as a surprise – we learn about human relationships from our parents. Actually, she feels a bigger connection and more affection towards the dog, as she openly admits. But sitting in the newly renovated, luxurious house on the edge of a forest, which the mother shares with her boyfriend of three years, and sifting through old family trinkets, she finds several notebooks with her father's handwriting. They are diaries in which he was describing his daughter's growing up, and Hedvika suddenly feels a connection that she had been missing her whole life.

Absence of Closeness is a well-crafted piece of cinema, enhanced by some excellent acting, especially by Plodková, Jan Cabalka's precise cinematography and clear editing by Šimon Hájek, but how enjoyable it is for viewers with its unsympathetic, sometimes even loathsome, characters is another matter.

The title of the film sits somewhere in the middle of a vicious circle of cause and effect: were these people so selfish and self-absorbed to start with, which has resulted in this lack of closeness, or are they this way because they had never managed to be close to one another? In any case, it is hard to care for these protagonists enough in order to really think about this question. Granted, Tuka shows an understanding for the very real flaws of his heroes and does not judge them, nor make excuses or present justifications for their behaviour – he simply presents an unlikeable family in a convincing fashion and does provide a glimmer of hope at the very end. And if audiences care to wait for it, the film is only 65 minutes long.

Absence of Closeness was produced by Czech company Cinema Belongs To Us.

more about: Absence of Closeness

KARLOVY VARY 2017: Cineuropa chatted to debuting Czech filmmaker Josef Tuka about Absence of Closeness, the subject of the social taboo and working under financial limitations

Absence of Closeness: A convincing portrayal of an unsympathetic family

KARLOVY VARY 2017: Czech writer-director Josef Tuka's feature debut is a well-crafted film that does not make excuses for its selfish characters 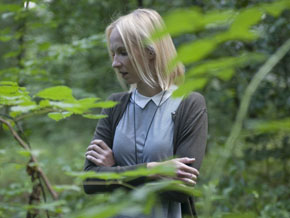 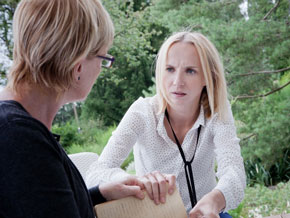