Breaking News: When journalism forgets it is about people

To Romanian cinemagoers, Iulia Rugină may be known for her extremely audience-friendly independent ensemble comedies Love Building [+see also:
film review
trailer
interview: Iulia Rugina
film profile] and Another Love Building, but her first intentions regarding a feature debut were much more serious: the screenplay for Breaking News [+see also:
trailer
interview: Iulia Rugină
film profile], written by the director together with her regular writing partners Ana Agopian and Oana Răsuceanu, had been in development for approximately eight years when shooting started in the winter of 2015. The project is finally meeting the international audience in the official competition of the 52nd Karlovy Vary International Film Festival (30 June–8 July).

A hybrid of a workplace drama and a family drama, Breaking News follows ambitious reporter Alex Mazilu (a dependable Andi Vasluianu). Willing to make an atmospheric live transmission from the site of an explosion, Mazilu enters the site accompanied by cameraman Andrei Paraschiv (Dorin Andone). Right in the middle of the live broadcast, the site’s ceiling collapses, hurting Mazilu and killing Paraschiv. It is the beginning of a difficult path for the surviving journalist, who now has to face up to guilt and tough decisions regarding his future.

It may seem peculiar that Romanian cinema, always willing to explore family issues (perhaps due to affordable and easily manageable apartment sets, and minimalistic production), has entered workplace-drama territory with two recent features both focusing on journalism issues. Even though they both have a teenage protagonist (and introduce a very talented and young actress for the part), Rugină’s Breaking News and Adrian Sitaru’s The Fixer [+see also:
film review
trailer
interview: Adrian Sitaru
interview: Tudor Aaron Istodor
film profile] are wildly different, the journalistic approach being only a means to touch on familiar, pressing and relevant topics, albeit from different directions.

Besides an interesting discussion on deontology and journalism ethics, and also the professional compromises made in order to attract (ie, to shock) the audience in these days of social media-induced numbness, Breaking News probes a more humane topic when Mazilu is asked to visit Paraschiv’s hometown in order to make a memorial piece about the man’s life. The challenges of Mazilu’s quest invite a philosophical discussion on the meaning of a person’s life. What is it? Obviously not a few minutes hastily edited together by the person’s last employer. A mix of memories and objects left behind? Memorable sentences shouted or whispered to one’s nearest and dearest? Some black-and-white pictures? A collection of vinyl records? The screenplay doesn’t fall into the trap of openly discussing this particular issue, quietly stressing the often overly simplistic ways in which the media try to concentrate complex topics into shallow snippets of information.

Even if the screenplay feels too textbook-clean and overworked, some sequences existing merely to later introduce more relevant moments, and is sometimes a little too lazy for its own good (every time Mazilu is in the car, the news broadcasts cover, rather unnecessarily, the topic of the explosion that killed his colleague), Breaking News compensates by unveiling a very promising new actress, Voica Oltean, who plays Paraschiv’s troubled teenage daughter Simona, a redeemable, unpredictable character that will make Mazilu correctly evaluate the consequences of his decisions.

Breaking News was produced by Hai-Hui Entertainment. It will be released in Romania later this year by Transilvania Film.

KARLOVY VARY 2017: Cineuropa caught up with Iulia Rugină, who talks about the challenges of her third feature, Breaking News, being shown in competition at the Czech gathering

"When we spot a filmmaker, we aim to help them out over time"

We met up with Nadia Paschetto, director of the 18th edition of the Arras Film Festival, which is running from 3-12 November

In addition to competition programmes, the festival focuses on 1968, and its industry division has revealed a new €3,000 Baltic Award and the line-ups for three side sections

Nine European features will compete for the Atlas d’Or at the festival’s 18th edition, which will take place between 3 and 12 November

Valeska Grisebach's Un Certain Regard title won both the main award, the Propeller of Motovun, and the FIPRESCI Prize

Breaking News: When journalism forgets it is about people 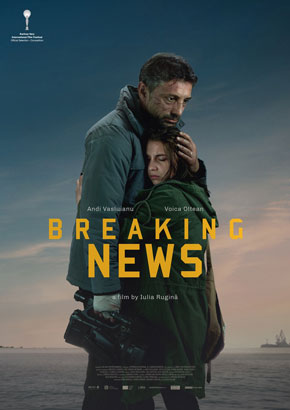 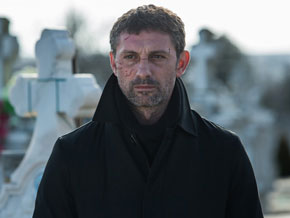 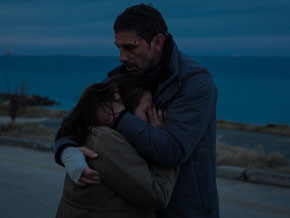 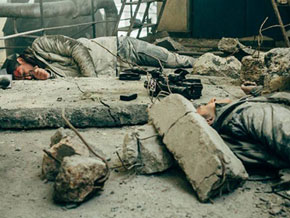