07/07/2017 - KARLOVY VARY 2017: Peter Bebjak's fourth feature is a gangster thriller set on the Slovak-Ukrainian border, played with plenty of tongue in cheek

Stanislav Boklan in The Line

World-premiering in the Official Competition at Karlovy Vary, Slovakian director Peter Bebjak's fourth feature, The Line [+see also:
trailer
interview: Andrey Yermak
interview: Peter Bebjak
film profile], is a gangster thriller in the vein of Guy Ritchie movies, boasting plenty of references to classic mafia films. The filmmaker crafts a technically accomplished and engaging ride that should easily score box-office success at home, with theatrical exposure in the rest of Central and Eastern Europe being a distinct possibility.

Written by Peter Balko (The Candidate [+see also:
trailer
film profile]), the story is set on the Slovak-Ukrainian border in 2007, right before Slovakia enters the Schengen Area. Our anti-hero Adam (Tomáš Maštalír, expertly conveying both toughness and vulnerability) heads up the gang of smugglers who transport cigarettes, liquor and Afghani refugees from Ukraine to Austria. His partner on the other side is Ukrainian Jona (Eugen Libezňuk, complete with a thick gold chain and prison tattoos), who gets the goods from the merciless Krull (the ice-cold Stanislav Boklan). Their smooth passage between the two sides is assured by corrupt Slovak border police captain Peter (Andrej Kryc).

Things are getting complicated, as Krull tests pushing crystal meth, prompted by the coming of the certainly less propulsive EU border. While Jona is up for it, spurred on by the fact that his son is in grave, life-threatening danger in a Ukrainian prison, Adam refuses to engage in the narcotics business, as he is "a father and a son", as he describes himself. Echoes of old-style mafia honour by way of The Godfather are right there, even more so in the fact that Adam's pregnant teenage daughter is set to marry the brother of Jona's wife, keeping it all in the family. And Peter will be the special guest singer at the engagement party.

Bebjak's style is firmly set in stone and borrows from the best sources. The exposition and establishing of the characters proceeds in veritable Guy Ritchie style, with plenty of dynamic music, elaborate tracking shots and fast-paced editing (though thankfully without the now-obsolete funky titles with the names of the protagonists plastered over freeze frames). Later, when the characters prove to be deeper than mere crime-movie sketches, Bebjak even finds time for some brief, contemplative, melancholy medium shots accompanied by evocative flute music.

The Line is a typical gangster movie, in which mafia bosses answer unpleasant questions with childhood anecdotes, threaten their partners with metaphors and theatrically express their gratitude. There's even a “Ma Barker” – Adam's business was started by his mother, played with gusto by Eva Nová [+see also:
film review
trailer
interview: Marko Škop
film profile]'s Emília Vášáryová. But Bebjak is careful to play it tongue in cheek, which might rob the film of some dramatic gravitas but, more importantly, certainly saves it from pretentiousness. After all, who in all seriousness can be moved by a mobster shouting curses at God after a close relative dies while executing his dirty work?

The Line is a co-production by Slovakia's Wandal Production and Ukraine's Garnet International Media Group. Film Republic in London has the international rights.

more about: The Line

“If I try a new method, I know how to perfect it in my following project”

KARLOVY VARY 2017: Slovakian filmmaker Peter Bebjak was picked for the main competition at Karlovy Vary with his latest effort, The Line, which again straddles genre and arthouse territory 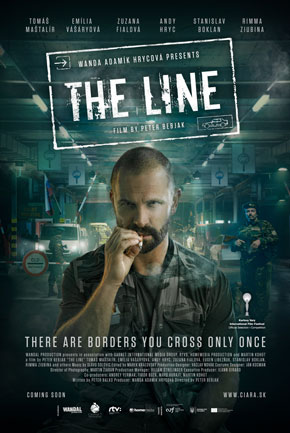 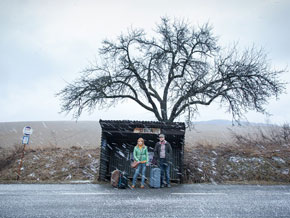 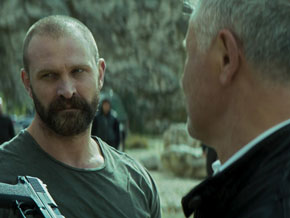 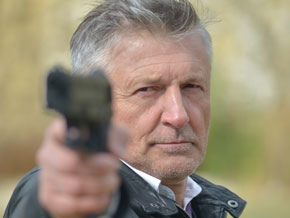