23/08/2017 - Spain's Paco Plaza invokes total horror with his new film: the adolescent transformation of a tortured girl with a complicated past and a dysfunctional family

Vallecas is one of the most mythical, problematic and iconic neighbourhoods of the multifaceted city of Madrid, which is currently evolving and going through a period of upheaval, just as it did at the end of the twentieth century. It was in Madrid that the quinqui cinema genre existed, bringing together brave, wild and free directors such as Eloy de la Iglesia and José Antonio de la Loma. Madrid also happens to be the urban setting for Verónica [+see also:
trailer
interview: Paco Plaza
film profile], a distressing film directed by Paco Plaza, who returns to the screen, offering a panic-stricken audience a few scary surprises after making them laugh and scream with zombies in the great and torrential REC3: Genesis [+see also:
trailer
film profile].

With a script from Fernando Navarro – Toro [+see also:
film review
trailer
interview: Kike Maíllo
film profile], Spy Time [+see also:
trailer
film profile] – and Plaza himself, Verónica begins with one of the strangest real-life cold cases to occur in the working-class neighbourhoods of the Spanish capital in the 1990s. The film takes advantage of the horror genre to talk about profound intimate conflicts, unfortunately remaining problematic to this day, while also being entertaining and keeping the audience on their toes.

Verónica focuses on the mysterious actions of the main character, a preadolescent girl, the eldest of four brothers, who must step into her mother’s shoes from a young age while own mother, played by the great Ana Torrent, works like a dog in the bar that she runs. One day the girl uses a Ouija board to evoke the spirit of her father and her life begins to change: she is tormented by terrible, ghostly and demented visions. Madness ensues between the walls of their humble redbrick flat in the suburban working-class neighbourhood.

Verónica shows how the inexplicable, the irrational and the unmentionable can kill… from fear. Unavoidable secrets, skeletons in the closet and a traumatic past come to light, crushing those who lack the necessary experience and maturity to defend themselves from the most despicable of crimes. It’s for this very reason that the main character takes refuge in her childhood, the vital stage in her life that she is in the process of leaving behind. It's during this phase that her imagination disguises an ugly reality. But violence rears its ugly head, creating monsters so powerful that they slowly invade the virginal territory of her dreams.

Plaza reinforces the idea that all demons and fearsome creatures are born within the human brain and, seduced by the limitless power of the mind to create and feed them, his film leads the viewer to live the same hell as his young protagonist. In addition to the necessary scary moments that the genre demands, Plaza provokes some almost imperceptible but powerfully disturbing sensations with his film, inverting shots and reversing sounds. This Valencian director – who revolutionised Spanish terror with the REC [+see also:
film review
trailer
interview: Jaume Balagueró, Paco Plaza
interview: Julio Fernández
film profile] saga, along with Jaume Balagueró – wants us to put ourselves in the shoes of frightened Veronica, going beyond the mirror and facing the paranormal, which is nothing more than the uncontrolled projection of the long-repressed subconscious.

Verónica is a film that demonstrates the director’s fascination with titles that have him marked as a fanta-cinephile – from Carrie to The Exorcist to Close Encounters of the Third Kind. The film is an Apache Films S.L. and Expediente La película AIE production, with support coming from ICAA and RTVE. Distributed by Sony Pictures Spain. Vincent Canales, from Film Factory Entertainment is responsible for international sales.

"We all fear the same things"

Interview: Paco Plaza • Director of Eye for an Eye

"I desperately needed to make this film"

Paco Plaza’s Eye for an Eye, a hard-hitting revenge flick and existential thriller that is guaranteed to leave you rattled, starring Luis Tosar and shot in Galicia, is on general release now in Spain

The shoot for the director’s second feature, a thriller toplined by the star of Palm Trees in the Snow and being produced by Filmax, wrapped in Barcelona in early July

Dani Rovira hits the gas in Taxi a Gibraltar

There’s a change in tone for the actor as he stars in this Alejo Flah-directed road movie with added hints of western, which is now entering post-production

The filmmaker’s feature debut is a thriller that boasts backing from Kiko Martínez, of Nadie es perfecto

The director of Verónica is putting his faith in Luis Tosar as the lead in this thriller, a French-Spanish co-production that boasts support from the MEDIA programme

According to data published by the ICAA, Spanish films released beyond the national borders grossed almost 20% more in 2017 than they did in 2016 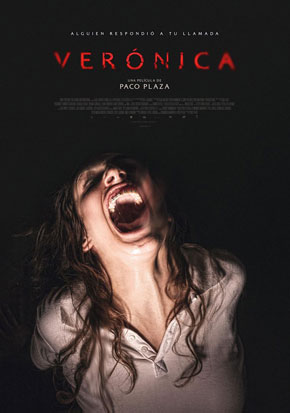