Mrs. Hyde, the glacial coldness of a burning woman

French director, Serge Bozon, is well acquainted with Locarno Film Festival, where he presented one of his first films, the amazing Mods, in 2002. He returns this year with his latest feature-length film, Mrs. Hyde [+see also:
trailer
interview: Serge Bozon
film profile], the surreal portrait of a teacher who, in spite of everything, still believes in the power of education.

Mrs. Géquil (the amazing Isabelle Huppert, elegant, intense and wonderfully ambiguous) is an eccentric and reserved teacher on the brink of a nervous breakdown. Her colleagues and students don't respect her, yet her presence in the classroom and the high school itself is nothing short of essential. During a violent thunderstorm Mrs. Géquil is struck by lightning and loses her senses. Upon coming to something in her has changed, but what? Has her dark side (Mrs. Hyde) suddenly awakened? Will she be able to tame this new and incredible energy? Bozon draws from Robert Louis Stevenson's novel with his new film, but this time it's a woman embodying both good and evil, submission and self-affermation. Mrs. Hyde is a female character who goes beyond the cliché of the introspective, fragile and insecure teacher. Of course, Mrs. Géquil, particularly at the beginning of the film, doesn't necessarily fit the stereotype of a heroine ready to take over the world, but her apparent submission to events (and to the students, except in the case of Malik, wonderfully acted by the young Adda Senani) leads to a grand transformation. Hers is not a bloody personal revenge like one of Tarantino's heroines, but rather a conscious understanding of what brings her to life.

Entering into Bozon's universe involves "laisser prise" with regard to the reality around us, an acceptance of absurdity and inexperience under the disguise of something sleek, elegant and retro. It's essentially pointless to try to "understand" Bozon, what matters here is letting go and savouring the aesthetic sophistication and array of characters: elegant, irreverent and wonderfully absurd. Mrs. Hyde, played by the silvery and incandescent Isabelle Huppert and the headteacher played by the ever-surprising Romain Duris, are two perfect examples of the characters who populate Bozon's universe: rich in ambiguity and contradictions, good at heart but with a disturbing dark side. Bozon didn't intend to make a film about education, instead, this film is about the often contradictory relationship, and the love and hate that binds professors and students together. How do you feed the flame of knowledge? How do you get students to truly understand? The society in which the high school students live and Mrs. Hyde teaches is not idyllic by any means: the suburban buildings devour decor, like concrete monsters ready to launch an attack, sending them to their sadly pre-determined fate. In contrast, the life of the eccentric professor seems unchanged, a sort of oasis – whether it’s real of false is to be determined  –  in such a chaotic environment. Bozon's characters hide behind masks, internalising their emotions. This apparent detachment from the real world around them makes them incredibly intriguing and mysterious, like disjointed puppets that the director enjoys playing with. The scenes in which music takes hold of the characters bodies are incredible: the hip hop version of Bozon, a sort of unlikely mix of NTM and new wave minimalism. Mrs. Hyde takes us far away into a world where the calm turns into a miraculous storm.

Mrs. Hyde was produced by Les Films Pelléas in co-production with Frakas Productions and distributed internationally by MK2 Films.

LOCARNO 2017: An interview with French actor and director Serge Bozon, to discuss the 5th film he has directed, Mrs. Hyde, in competition at Locarno and starring Isabelle Huppert

Jade Springer, Léa Drucker and Philippe Katerine star in this new Aurora Films production, set to be sold by mk2 Films and coming courtesy of the same director as The Apple of My Eye

The CNC throws its weight behind musicals by Noémie Lvovsky, Serge Bozon and the Larrieu brothers

As part of its commitment to support genre films, the CNC will back La Grande Magie by Noémie Lvovsky, Don Juan by Serge Bozon and Tralala by Arnaud and Jean-Marie Larrieu

The duo shine leading the cast of Martin Bourboulon’s new film, produced by VVZ Production and sold by Pathé, which follows in the trail blazed by the Eiffel Tower’s inventor

Cluzet, Cotillard, Lellouche, Lafitte, Magimel et al have come together again for the sequel to Little White Lies, which is being staged by Trésor Films 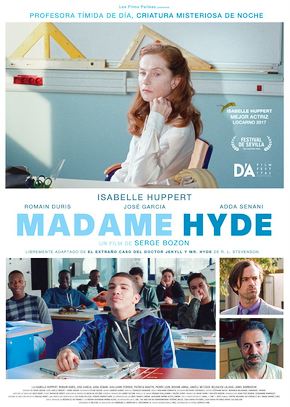 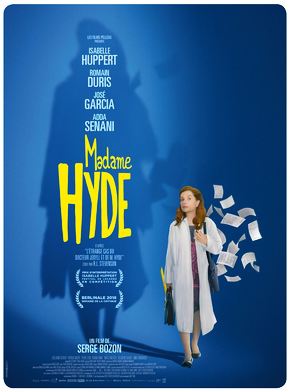 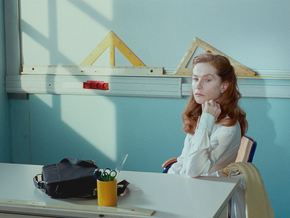 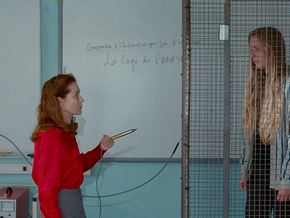 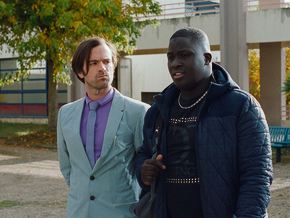