Léa, Tristan and Aaron are confined to the small alpine house in an attempt to strengthen their bond away from family pressures (Tristan's father is only apparent in the regular phone calls to his son) and the social pressures that they each face.

Although at first the mountain decor gives us a certain pastoral je-ne-sais-quoi - almost surreal in its beauty - with the passing of time and the developing feelings that bind Tristan and Aaron, the backdrop also seems to transform: subtly, almost deceitfully. Between the neo/pseudo/almost father and the neo/pseudo/almost son, there is a dangerous power struggle, an evil and sadistic ballet that reflects the ambivalence of the feelings that bind them.

What makes Jan Zabeil's high-altitude drama so modern is the representation of a rebuilt family in all its complexity. The bond between Tristan and Aaron transforms (in the true sense of the word) into a real journey traversed on unsteady legs.

The palpable tension that dominates the film is tangible from beginning to the end, comfortably treading the line somewhere between plausibility and pathos. Like two dogs sniffing each other, hoping to mark their territory, the two protagonists - supported by a mother/partner who sides with them both at different intervals - push each other further thatn they would ever believe possible, before realising that they are teetering on the edge of an abyss. What to do when the certainty of a traditional family breaks down? How to fill a hole left by someone who still exists? Despite his rock-hard appearance, Aaron seems lost in the majestic mountain landscape, a needle in a haystack. At the end of the film and in spite of the almost – and exaggerated - superhuman accent of the protagonist, the only things left standing are the millennial Dolomites.

Three Peaks was produced by Rohfilm Productions (Germany) and Echo Film (Italy) together with SWR. The Match Factory is responsible for international sales.

German Films interviews German director Jan Zabeil, who broke through with The River Used to Be a Man, and is now working on his second feature, Three Peaks

German films bask in the limelight in Paris

Today marks the start of the 22nd German Film Festival organised by German Films in the French capital, which is set to unspool until 10 October

The Athens International Film Festival gears up for its 23rd edition 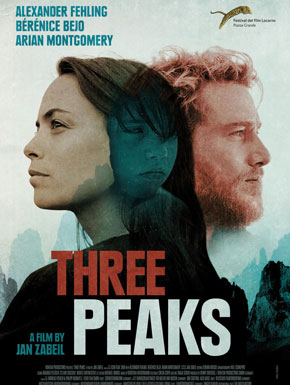 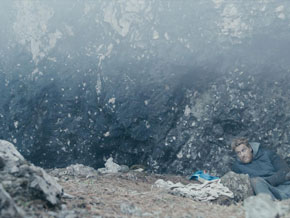