Burning Out: A global tendency towards human madness

This time, it’s the slicing, dicing and stitching machine - the surgical department at Saint-Louis Hospital in Paris - that Belgian director Jérôme Le Maire turns into his home, having spent over two years here, camera in hand, in the name of his new documentary, Burning Out [+see also:
trailer
film profile]. In this hospital, an endless stream of patients, like chassis on a Ford plant production line, take their turn on the operating table. And as the pace and the pressure intensify, the frustrations of the medical staff multiply.

Inspired by the novel Global Burn Out by Pascal Chabot, this is a film that sets out to explore the modern-day issue of depression in the workplace and, for this purpose, Jérôme Le Maire has chosen to focus on the fourteen operating theatres of Saint-Louis, each of them accommodating eight to ten operations per day.

If, on the one hand, the dizzying dive-by-camera - plummeting the viewer from the Parisian skies down towards the hospital premises - reminds us that, far from being an isolated case, this situation is just one example of a wider, more global tendency towards human madness, the choice, meanwhile, to focus on a medical environment is significant for several reasons.

Not so long ago, this was an establishment that dedicated itself body and soul to the care of human beings. But it is now the turn of the public hospital to cope with the shift in focus from public to financial. Surgeons and anaesthetists - workers considered better off and, therefore, unaffected to date - now find themselves in the same situation as all their other paramedical colleagues and must contend with the dubious priorities of financiers who sit at the helm of most, if not all institutions of late.

In this documentary, Jérôme Le Maire, who spent a year getting his bearings before getting out his camera, offers a spontaneous and sympathetic view of a situation where intense conflict is taking place between the different professional bodies, as a direct result of the reorganisation of the working system, all carried out in the name of efficiency. What is shocking in Burning Out is the brutal speed at which the new process is implemented.

Men and women in the prime of their lives speak about a bygone era, as if three generations have lived through the same experience. The timescale of the documentary allows us to unravel the tangle of human relations, as the main voices in the film find words for their grievances. Plunged as of the very first few seconds into the unbearably intense atmosphere of daily hospital life, the viewer is first and foremost struck by the high tensions conveyed by these men and women, individuals on whose steady hands the patients are dependent for survival, right here and right now.

Then, slowly, over the course of the various scenes and discussions, the ramifications of these hostile relations begin to emerge, the consequences of an economic policy that is so transparent it’s pointless to explain it. In fact, the filmed meetings that punctuate the film reveal perfectly the stakes at play in public hospitals today. This is where the disarming powerlessness of those who are suffering really rings true, as if stunned by the upturning of their universe and by the attitude of an organisation that hardly even bothers to pretend to care about its staff.

And now, the time for dialogue has passed, with decision-makers henceforth sending in their henchmen to obfuscate the true implications of their noxious, meaningless orations.  This is a shocking observation, barely believable for its lack of humanity. Crushed by the structural weight of the organisation, some painful soul-searching is required before these neglected individuals can successfully re-build severed social bonds, to then envisage taking back power and taking action.

(Translated from French by Michelle Mathery)

more about: Burning Out

Burning Out: A global tendency towards human madness

The IDFA kicks off with Guido Hendrikx’s Stranger in Paradise

Director Peter Triest won the 2016 Mediafonds Documentary Award on the opening night of the festival, which runs until 27 November 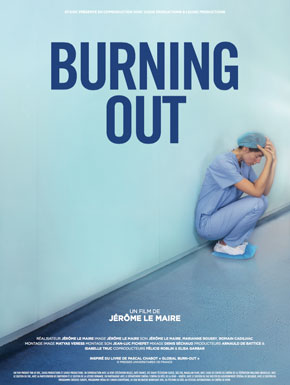 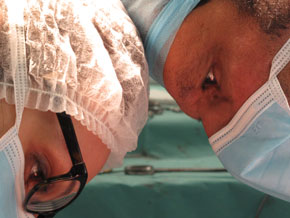 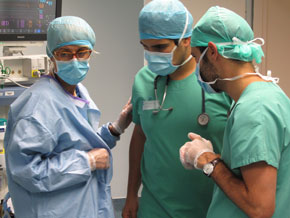 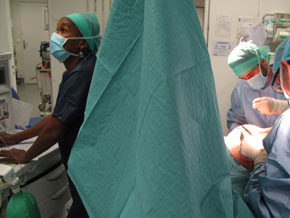 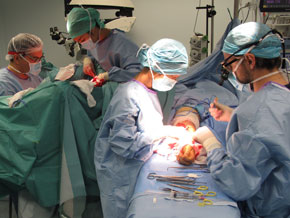