Pin Cushion: An adolescence from hell

The difficult task of growing up: hard, if you don't have a father and your mother's a hunchback who terrifies the neighbours. Not easy, if you live in an area with miserable weather. In fact, it’s pretty difficult just being female and realising that your life is nothing more than a pin cushion. This is Iona’s story, the protagonist in Pin Cushion [+see also:
trailer
film profile], the out-of-competition British film that opened the 32nd International Critics' Week at the Venice Film Festival.

Dark and rich in deep colours, the debut feature by Deborah Haywood - from the East Midlands - tackles adolescence, with its rites of passage and loneliness, with a tinge of bitterness, through a mother-daughter relationship: that of Lyn and Iona, with excellent performances from Joanna Scanlan (Bridget Jones's Baby [+see also:
trailer
film profile]) and the young Lily Newmark. Almost morbidly linked, the two arrive in a new city to start again. Lyn is clumsy and insecure, surrounded by useless objects, and dreams of making friends with her neighbours. Auburn-haired Iona must grimly face her new school, where a girl gang awaits her arrival. Initially, Iona is just another victim of the terrible Keely, Stacey and Chelsea (Sacha Cordy-Nice, Saskia Paige Martin, Bethany Antonia). But once a love interest, Daz, emerges (Loris Scarpa), Iona is suddenly accepted into the group. She can sit on the counter next to Keely, go out with them, get ready together and talk about sex.

Her mum, Lyn, is concerned about her daughter's sudden freedom. It’s not until a party organised by Keely at Iona's house, involving an alcohol-fuelled game of strip poker, resulting in some compromising photographs, that Iona is branded a "slut", and it's written all over the school walls. "They did it because they get a kick out of making people unhappy," Chelsea tells Iona. But it's actually Keely, at a time when she shows her true fragility, that figures out the philosophy behind such cruelty: "The problem with always being in such a small place is that you have to behave the way that others want you to behave." From that moment on, the situation crashes into a terrible ending, as is often the case in films and in real life.

Haywood has written and directed several shorts, all filmed around her hometown of Swadlincote. After her first short, Lady Margaret, was featured in the British magazine Screen International, in the "UK Stars of Tomorrow" section in 2007, Sis was nominated for a British Independent Film Award (BIFA) and won a prize at the Soho Rushes Short Film Festival. With Pin Cushion, the director has honed her craft, somewhere between intimacy and a fierce social criticism of those who seem no longer able to hold out a hand to those in need. These combinations are not always successful, but it’s still too early to judge.

Produced by Quark Films and Dignity Film Finance, Stray Dogs is responsible for the film's sales.

There is also a healthy European presence in the competition line-up at the 17th edition of the festival of discovery, which runs between 11 and 29 April

Rudolph Herzog shooting How to Sell a War

Film and Music Entertainment (IRE), Bankside Films and Quickfire have announced a 16 March start-of-shoot date for the new film

For the fourth year in a row, the festival is streaming film events live from Rotterdam to all four corners of Europe and beyond

The top prize at the 14th European Film Festival held in the Andalusian capital has gone to nearby Portugal, which produced this highly acclaimed political film

Lady Macbeth heads up the BIFA nominations with 15 nods 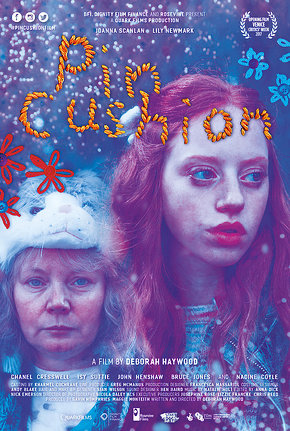