Crater: A neomelodic singer in search of freedom

02/09/2017 - VENICE 2017: The first fiction feature film by Silvia Luzi and Luca Bellino tells the story of a Neapolitan father trying to cash in on the musical talent of his adolescent daughter

Silvia Luzi and Luca Bellino had a very clear idea when they came up with their first fictional film. This is why for Crater [+see also:
trailer
interview: Silvia Luzi, Luca Bellino
film profile], selected for the International Critics' Week of the Venice Film Festival, they looked for people who could portray the characters they had imagined and after a lot of work, they found Rosario Caroccia, a Neapolitan travelling salesman selling stuffed toys, and his daughter Sharon, a 13-year old girl with an angelic face and the characteristics of an upcoming star on the Neapolitan neomelodic trash music scene.

The word docufiction would severely straightjacket this pair of out-and-out documentary filmmakers, who in 2008 made La minaccia, about the Venezuela of Hugo Chavez, and in 2012 On the Art of War [+see also:
film review
trailer
film profile], about the four workers from Milano Lambrates Innse factory who spent eight days handing from a crane to protest the closure of the factory. In the case of Crater, however, the directors try to showcase reality without sacrificing the introduction of narrative elements and fictional situations.

Crater, a production of TFilm - the company founded by the filmmakers themselves - together with RAI Cinema, shows us how Rosario goes from travelling salesman to manager of a musical star: He believes in the singing talent of his daughter and in the possibility of exiting a difficult life thanks to Sharons success. The directors show the entire Caroccia family seated around a table (where they speak a closed dialect, subtitled) with much care. We also see them cleaning the stuffed toys that have to be sold in different fairs around the country. The mise-en-scène follows the style of the Dardenne brothers (perhaps excessively), with extreme close-ups and a camera that is often shoulder-mounted. We also get insight into the dynamics of the neomelodic circuit (as such, already in decline): To buy a song that works, you need a thousand euros (€500 for the lyrics, €500 for the composition); then you have to record it in a studio and start off by being featured on small local TV channels, who ask for at least €200 per appearance. The father Rosario, nonetheless, is wrapped up in chasing his dream and does not seem to expect the reluctance of the recalcitrante Sharon. Rosario enters a kind of paranoid spiral that traps the young girl and the entire family in a flower bud, or a crater, as the filmmakers see it. Sharon ends up choosing freedom, hopes are dashed and social redress distances itself as revenge fades away.

Crater still does not have a distributor in Italy. Its sales agency is the Parisian Alpha Violet, which means that France and other European countries will be able to watch this Neapolitan fairy tale in reverse. The film closes with the song 'Na stella, written by Gianmaria Testa of Fausto Mesolella. This unique song is sung in the Neapolitan dialect by the artist who passed away last year.

“We were looking for real protagonists for Crater”

VENICE 2017: Crater, by duo of documentarians Silvia Luzi and Luca Bellino, is screening at Venice, in the International Critics’ Week

A talented young line-up for Alpha Violet in Berlin

The French company will take Sundance award-winner Identifying Features to the EFM and will also kick off pre-sales for two first features currently in post-production, Apples and The Cemil Show

Alpha Violet looks set for a fruitful Berlinale with Dovlatov 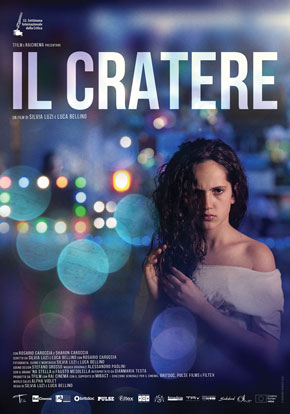 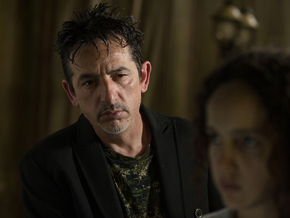 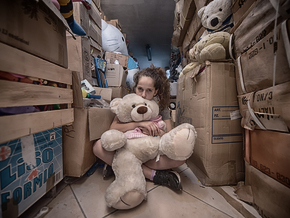