Sarah Plays a Werewolf: What it feels like for a girl

03/09/2017 - VENICE 2017: In her first feature, shown in the International Critics’ Week, Katharina Wyss proves that all these pop songs were right after all: there is nothing quite as hard as being a teenage girl

Sarah (Loane Balthasar) has a secret. It’s a secret that she can’t share with anyone – not with her friends at school, because she doesn’t have any, and certainly not with her unstable, opera-obsessed family. What she can do, however, is act it out on stage. When an adventurous art teacher (Sabine Timoteo, previously seen in The Chronicles of Melanie [+see also:
film review
trailer
film profile]) encourages students to go beyond reciting the words and push their limits, Sarah takes her advice to heart. Soon, a painfully timid introvert transforms into a fearless performer, capable of taking risks that she tends to avoid in everyday life. But instead of finally opening up to people, Sarah drifts further away.

Katharina Wyss’ debut film, Sarah Plays a Werewolf [+see also:
trailer
interview: Katharina Wyss
film profile], which has just been shown in Venice’s International Critics’ Week, is remarkably similar to its oversensitive heroine: very much like Sarah, sometimes it’s difficult to stand. Swiss director Wyss clearly doesn’t care if anyone will find Sarah even remotely likeable. Watching her do or say all the wrong things at the wrong time is uncomfortable, to say the least, as in spite of her best efforts, Sarah’s behaviour is a playbook of how to lose friends and alienate people.

Also because, let’s face it, she just can’t help herself. She tells one prospective friend that her brother committed suicide (he didn’t), blurts out somebody else’s secret and finds solace in the stories of young martyrs – especially Saint Barbara, in whose suffering and unbearable torture she is quietly revelling, or Shakespeare’s Juliet. Both heart-breaking and utterly annoying, Sarah manages to be over the top and strangely realistic. Anyone who has ever been a 17-year-old will surely attest to the latter.

While Wyss tries to go beyond the usual sorrows of Young Werther here, the decision to spell out the reasons behind Sarah’s family’s odd behaviour could be perceived as misjudged – for a film mostly sketched with delicate outlines, such a bold stroke feels strangely at odds with what came before. But then again, it reveals a filmmaker who doesn’t aim to please. Shot as if to deepen the overwhelming sense of claustrophobia, Sarah Plays a Werewolf might have ideas crammed together almost as tight as Sarah’s neurotic family, but somewhere along the way, it also manages to grasp what it feels like for a girl. Yes – just like in that Madonna song.

more about: Sarah Plays a Werewolf

“Sometimes you shouldn’t do what you’re told”

VENICE 2017: Debuting director Katharina Wyss, whose Sarah Plays a Werewolf has been shown in the International Critics’ Week, explains why she was afraid of understanding her protagonist

The growing Atlàntida Film Fest sets its sights on Europe

The eighth edition of the festival kicks off on Palma de Mallorca on Monday 25 June and simultaneously launches online via Filmin, the VoD site that boasts an ever-increasing audience

From 29 September to 8 October Zurich will become Switzerland’s cinema capital. On the eve of its 13th edition, the festival seems more youthful and dynamic than ever

Sarah Plays a Werewolf: What it feels like for a girl

VENICE 2017: In her first feature, shown in the International Critics’ Week, Katharina Wyss proves that all these pop songs were right after all: there is nothing quite as hard as being a teenage girl

The programme for the 32nd edition of the parallel and autonomous section of the Venice Film Festival, which will be held from 30 August to 9 September 2017, has been unveiled in Rome 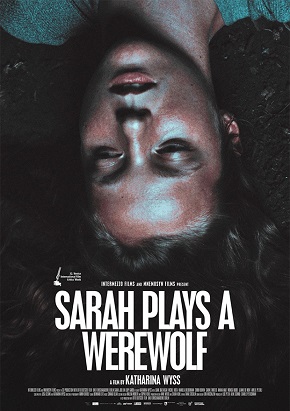