05/09/2017 - VENICE 2017: A daring work, both simple and fascinating, emanating a heady charm, bearing the hallmark of France’s Damien Manivel and Japan’s Kohei Igarashi

Takara Kogawa in The Night I Swam

A little six year-old boy, just about knee high, squeals like a pup and walks without a care through the snow, weighed down by his school bag. But he is not heading to his classroom because he has taken a detour not far from his school to set off on an amazing day-long journey, which is at the heart of The Night I Swam [+see also:
trailer
interview: Damien Manivel, Kohei Igara…
film profile], a very unique feature film directed by a very unusual duo of filmmakers: one French (Damien Manivel, already well-known for the great A Young Poet [+see also:
trailer
film profile] and The Park [+see also:
film review
trailer
film profile]) and one Japanese (Kohei Igarashi, credited with Hold Your Breath Like a Lover). The result of a meeting at Locarno, the collaboration was unveiled at the 74th Venice Film Festival in the Orizzonti category, and the result is a work that is a true feat of simplicity and charm. In fact, the film has no dialogues or voice-offs, just the sound of the surrounding life. By entering the bubble of childhood and the wake of their young character in this way, the two filmmakers have succeeded in showcasing the fresh and unassuming nature of this age to the fullest. This aim is far from obvious and often seems like a teetering tightrope walker, but they are able to bring it to a graceful close, with the charm lasting the length of the film and leaving their stamp of talent in the minds of the audience.

When he wakes up well before dawn, our little hero (Takara Kogawa) hears his father in the kitchen. As usual, the latter is silently getting ready to head to work at the fish market in a nearby town. His son hears his car pull out, walks around the sleeping house, then makes a drawing – of fish – before going back to sleep. This drawing is the first chapter of the film and he slips it into his school bag as his mother dresses him, and then sets off alone toward school on roads covered in inches of snow. This is when he goes off the beaten track and plays in the snow, losing a glove on the way, walking alongside a wide river where the audience gets worried when he falls and concerned when he nods off in the powdery snow. But what we believe to be nothing but a simple escapade to skip school becomes a whole other thing because the little boy calmly gets on a local train. Arriving in a big city, he wanders the streets for a long time, passing a department store, attentively observing details as is typical of children, before happening to see a truck from the fish market that he tries to follow, loses track of, but finally ending up at his father’s workplace. But the place is deserted: The working day is over. Exhausted, with the snow coming down heavily again, the boy takes shelter in a car that has been left unlocked and goes to sleep once again. An odyssey of a child christened “The Fish Market” and which will be followed by a third chapter called “A Long Tunnel”, which will reveal how this incredible adventure ends.

Shot in very beautiful frames and playing with marvellous ambient sounds, The Night I Swam is a work interwoven with the great art of allusive simplicity. Often funny and able to gently create just the right amount of suspense around its ultra-realistic protagonist, the film has the allure of a poetic tale in modern times about the deep ties that join two individuals and about the contemporary world that separates them – a space that seems insurmountable and that is, nonetheless, anything but in the innocent mind of a child.

The Night I Swam is sold internationally by Shellac.

more about: The Night I Swam

VENICE 2017: Cineuropa talked to Damien Manivel and Kohei Igarashi, the directors of The Night I Swam, which was presented in the Orizzonti section at Venice

Having taken his first three first feature films to Locarno, Cannes and Venice, the filmmaker is now fine-tuning his latest opus, an MLD production with international sales managed by Shellac 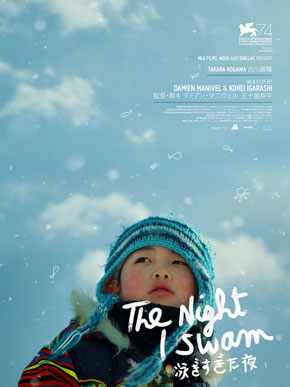 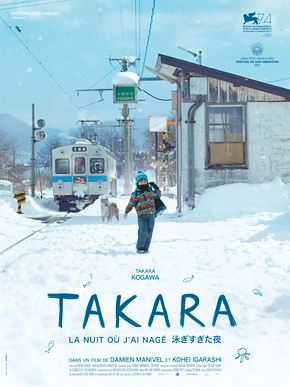 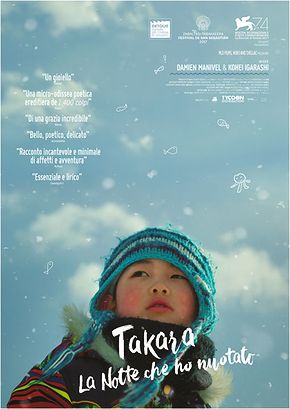 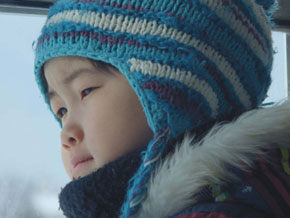 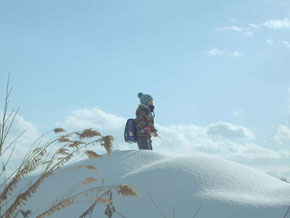