Cinderella the Cat: A noir fairy tale set in the port of Naples

06/09/2017 - VENICE 2017: Alessandro Rak returns after the success of The Art of Happiness with a retro sci-fi animated film inspired by Giambattista Basile's 1636 story

The images and rhythm of this film capture the audience’s imagination within minutes. Passed orally from one continent to another, the first literary edition of Cinderella the Cat was written by Giambattista Basile in Naples in 1636 – a crude and bloody version. The film is based on this edition, set entirely on-board a ship called Megaride, which is anchored in the port of Naples. In the background, we relive the dreams of the rich shipowner and scientist Vittorio Basile, who wants to create a futuristic and scientific focal point and bring prosperity to the city. He is about to marry the beautiful singer Angelica Carannante, but her lover, the drug dealer Salvatore Lo Giusto (also known as O ‘Re or ‘The King’), murders him as part of his evil plan. Remaining hidden in the boat’s twists and turns for 15 years, living among the ghosts of the past, Basile's daughter, Cinderella/Mia, now 18, confronts Salvatore who has returned to marry her in order to exploit her ownership of the port area. However, it’s Angelica, mad with jealousy, along with her six terrible daughters, who wants her dead. Fortunately, an old acquaintance known as Primo Gemito (lit. Firstborn) comes to Cinderella’s rescue just in time.

Advanced open-source software meets tradition with retro-sci-fi visionary style. This is the retelling of the timeless tale of good versus evil, of those who want to help their tormented city versus those who wish to exploit it for their own illicit purposes. In addition to the elegant visual imagery of the animation, the film's dialogue is both enchanting and well written in contemporary and enjoyable Neapolitan dialect, punctuated with beautiful traditional songs, such as modern versions of Era de maggio and Te voglio bene assaje. Massimiliano Gallo surpasses himself with his part as the arrogant but magnificent criminal/singer, Salvatore. Maria Pia Calzone plays the excellent Angelica, with performances also coming from Alessandro Gassman (the only non-Neapolitan), Mariano Rigillo and Renato Carpentieri. The film's true protagonist is the music, entrusted to high calibre artists such as Enzo Gragnaniello, I Virtuosi di San Martino, Guappecartò, Ilaria Graziano and Francesco Forni, Francesco Di Bella, Daniele Sepe and i Foja. The original soundtrack was composed by Luigi Scialdone and Antonio Fresa.

more about: Cinderella the Cat

“The idea was to make the stories universal”

We spoke to Neapolitan cartoonist and director Alessandro Rak, who is competing in the Orrizonti section at the Venice Film Festival 2017 with Cinderella the Cat

RAI Com makes its virtual way to Berlin with Regina, Freaks Out and Walking Liberty

These are the star titles set to be touted by the Italian firm at the European Film Market, alongside Romantic Guide to Lost Places

The firm is presenting Alessandro Rak’s animated work The Walking Liberty, Gabriele Salvatores’ film made in lockdown Viaggio in Italia and the documentary Fellini of the Spirits

New works by Ferzan Ozpetek and Alessandro Rak are among the titles set to be presented on 12 December, with a co-production market featuring 13 projects

Dilili in Paris and Funan to be showcased at Annecy 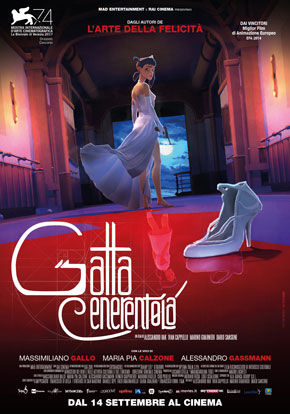 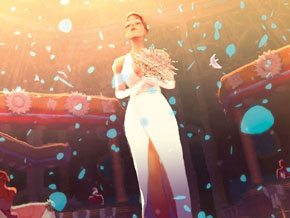 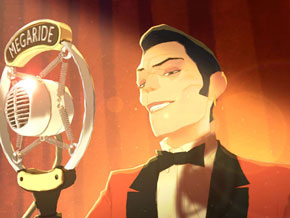 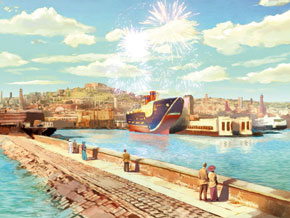 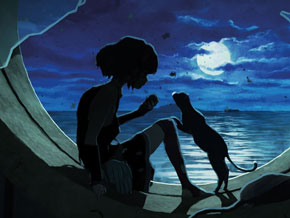 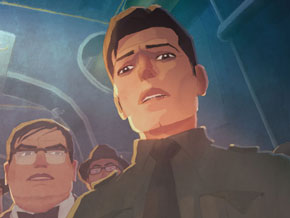