Love and Bullets: You only live twice in Naples

07/09/2017 - VENICE 2017: The Manetti Bros return to Naples with a thriller-musical-love story that brings traditional melodrama into the modern day

Serena Rossi and Giampaolo Morelli in Love and Bullets

Alongside the animated film Cinderella the Cat [+see also:
film review
trailer
interview: Alessandro Rak
film profile] in the Orizzonti section, is another tribute to Naples, this time by the Manetti Bros. who will be competing at Venice Film Festival for the third time. Love and Bullets [+see also:
trailer
interview: Marco and Antonio Manetti
film profile] is an off-the-wall musical thriller in which Carlo Buccirosso guarantees the audience a laugh every time he opens his mouth, Giampaolo Morelli heaps on the irony with 007 thrills and Serena Rossi plays a romantic and their accomplice.

Immediately distancing itself from gloomy Naples, with none of the recently demonstrated hope, the film opens on a group of foreign tourists visiting the Le Vele (the sails) in Scampia, the notorious neighbourhood made famous by Gomorrah (book, film and TV series). The film kicks off with a perfectly suited soul/R&B song: "the ultimate tourist experience..." (is to be pick-pocketed at Scampia!). In the meantime, it’s the funeral of Don Vincenzo (Buccirosso), the undisputed boss of the underworld, at S. Maria del Rione Sanità church. Don Vincenzo, however, has faked his own death after hit men attempt his assassination, sent by his rival, Salernitano. It was his wife's idea, film lover Maria (Claudia Gerini, who boasts an incredible Neapolitan vernacular despite being Roman,), who gets the idea from the James Bond film, You Only Live Twice. Thwarting the assassination were a couple of hit men known as The Tigers, Ciro and Rosario (Giampaolo Morelli and Raiz), trained up as young children, prepared for anything and always at their boss's side. Unfortunately, a nurse, Fatima (Serena Rossi), learns that Don Vincenzo is in fact perfectly healthy and leaving them no option but to silence her for good. The situation is made even more complicated however when the audience discover that Fatima is in fact Ciro’s childhood sweetheart, causing an internal war as the warm-hearted killer tries to protect her.

The brothers Marco and Antonio Manetti, known and loved for their genre-mixing skills, return to Naples with Love and Bullets [+see also:
trailer
film profile]after the hilarious and successful Song'e Napule in order to revive a classic Neapolitan love story in contemporary style. The choreography of the musical scenes is deliberately sloppy to add to the comedy value and the action scenes are somewhat derivative of American-style cinema. Pivio and Aldo De Scalzi created the musical numbers, with lyrics by Nelson Garofalo, which mix Neapolitan tradition with African-American rhythms. The romantic and fun "L'amore ritrovato," a cover of "What A Feeling" by Flashdance (composed by Giorgio Moroder) is also very catchy!

The film is a Madeleine and Manetti Bros Film production with RAI Cinema ,and will be distributed in Italian venues from next 5 October by 01.

more about: Love and Bullets

VENICE 2017: We chat to Marco and Antonio Manetti, creators of the first Italian musical to be presented in competition at Venice, Love and Bullets

Having completed the long-awaited Diabolik, brothers Marco and Antonio Manetti are now producing a horror comedy on behalf of Mompracem, directed by a former colleague of theirs

The actor-director is back on set after the hiatus caused by Covid-19, stepping behind the camera for the fifth time to shoot this Italian-Spanish co-production co-starring Marta Nieto

The Manetti Bros are shooting Diabolik

The authors of Love and Bullets are adapting the adventures of the character created by the Giussani sisters for the big screen, with Luca Marinelli leading the cast

Filming wraps up on Letto numero 6, produced by the Manetti bros 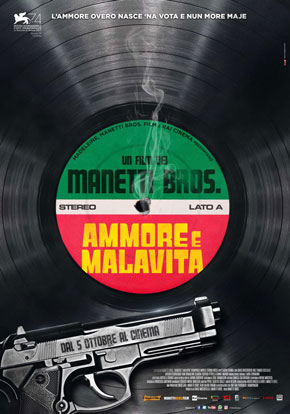 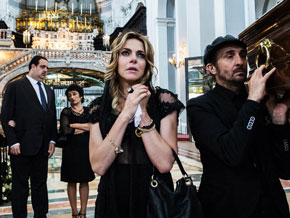 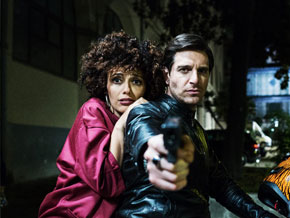 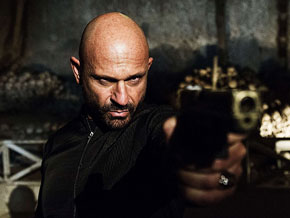 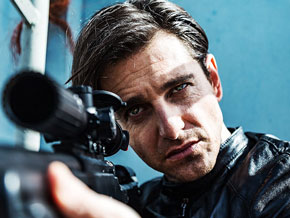 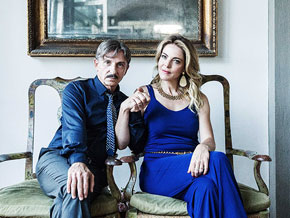