Custody: Sleepovers with the enemy

09/09/2017 - VENICE 2017: Xavier Legrand, nominated for an Academy Award for his short Just Before Losing Everything, impresses at Venice with his first feature, presented in the main competition

After her divorce from the violent Antoine (Denis Ménochet), Miriam (Léa Drucker) is seeking sole custody of their teenage son, Julien (Thomas Gioria). While her daughter Josephine (Mathilde Auneveux) is already old enough to make her own decisions, Julien is ordered to visit his father. But it soon becomes apparent that Antoine has his own ideas about how to handle the new situation.

It’s a dangerous film, The Godfather. For all its sleek writing, its oft-quoted lines reek of machismo, and burly Antoine could easily be imagined watching it on a loop, beer in hand, enthusiastically nodding to Don Corleone’s mumbled statements. Especially the one proclaiming, “A man who doesn’t spend time with his family cannot be a real man” – never mind the fact that said family seems to be better off without him.

French filmmaker Xavier Legrand might have already explored similar themes in his acclaimed short Just Before Losing Everything, which in 2013 earned him a nomination for the Academy Award, but Custody [+see also:
trailer
interview: Xavier Legrand
film profile], screening in competition at the Venice Film Festival, doesn’t feel repetitive. Instead, it allows him to go even deeper and darker because in Legrand’s film – or, one could argue, in most domestic-abuse cases – it’s all about propriety: the sense that somebody took away what’s justly yours and that it should be reclaimed, even if it means using a child as a hapless pawn. No wonder it’s hard to watch without a growing sense of unease creeping in, especially because this time around, repeating, “It’s only a movie, it’s only a movie,” surely won’t help. All it takes is one look at the statistics to understand as much.

Although seemingly disillusioned by the workings of the justice system, taking no more than a few minutes to decide someone’s fate and then it’s off to lunch, Legrand doesn’t waste his time preaching. He has a steady hand for a first-timer, and even though the resolution lacks the subtlety of the beginning, it’s still a very effective drama that doesn’t veer into easy sentimentality. Which, let’s face it, it easily could.

Aided by a cast that never pushes things too far, unlike the likes of Sleeping with the Enemy, Legrand’s movie doesn’t turn its protagonist into a full-blown monster, just one step away from transforming à la Hulk or boiling bunnies. For the most part, Antoine is normal enough to fool just about everyone, which makes him – and the story – all the more interesting. Also because by focusing only on a limited period of time, Legrand doesn’t try to figure out what caused this family to crumble. It doesn’t matter – he seems to be saying – because abuse is abuse. It’s hard to argue with that.

Custody was produced by KG Productions and France 3 Cinéma, with the participation of the CNC, Canal+, France Télévisions, Ciné+ and Haut et Court Distribution, as well as the Bourgogne-Franche-Comté region and Procirep. Its world sales have been entrusted to Celluloid Dreams.

“This film is a political act”

VENICE 2017: After his Oscar-nominated short, actor-turned-director Xavier Legrand once again explores the subject of domestic violence in Custody 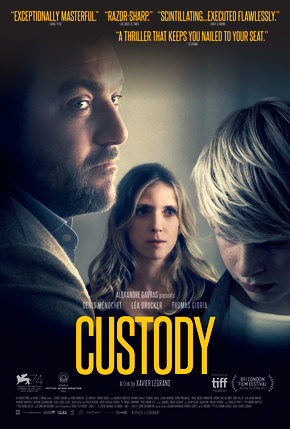 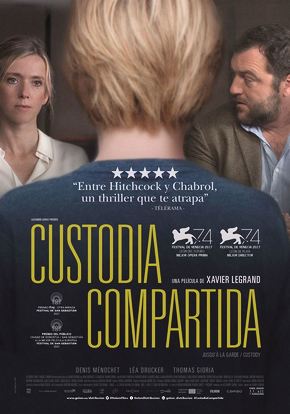 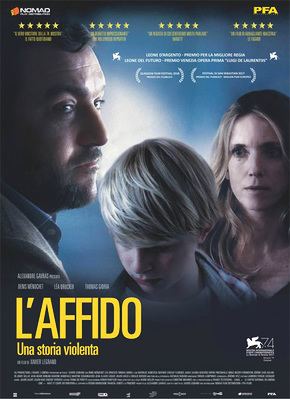 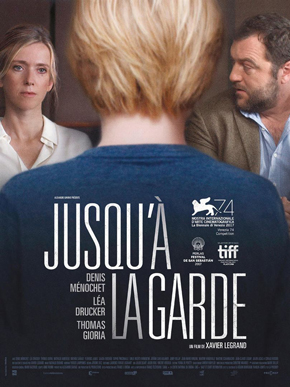 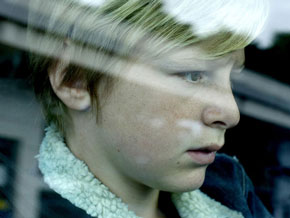 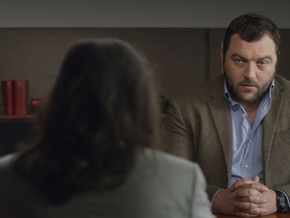 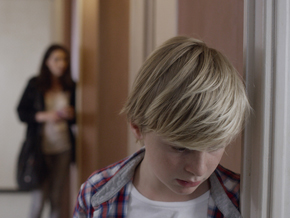 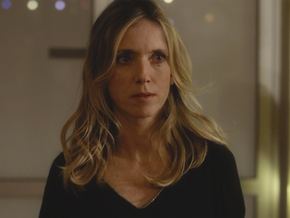 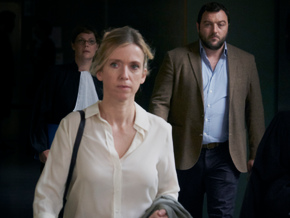 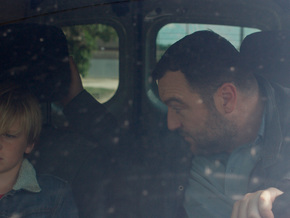 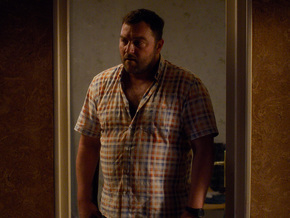